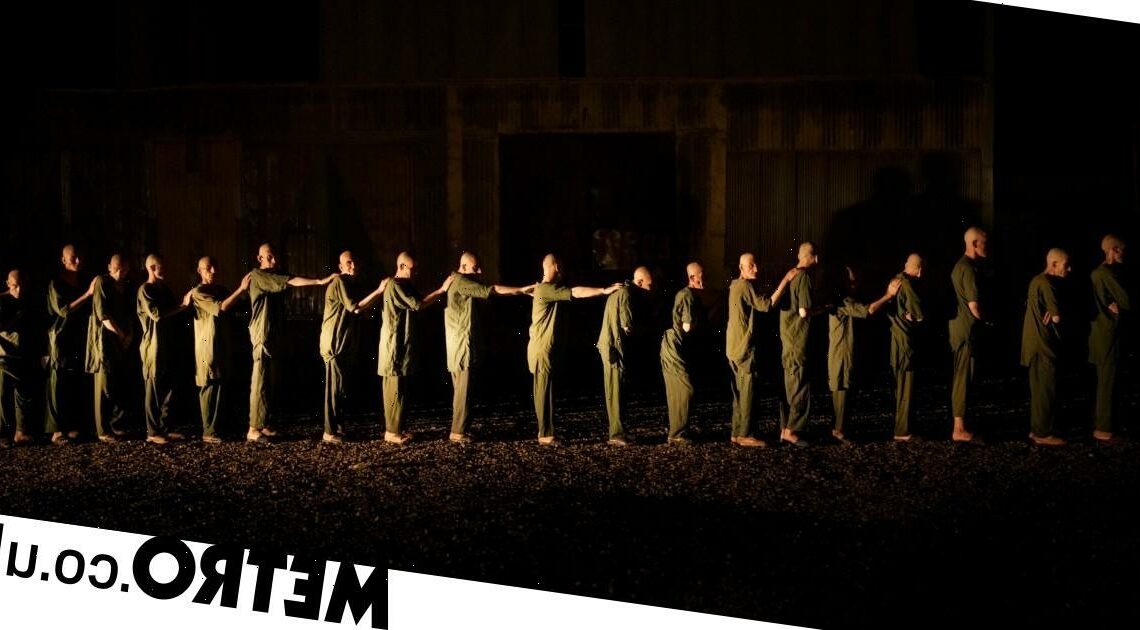 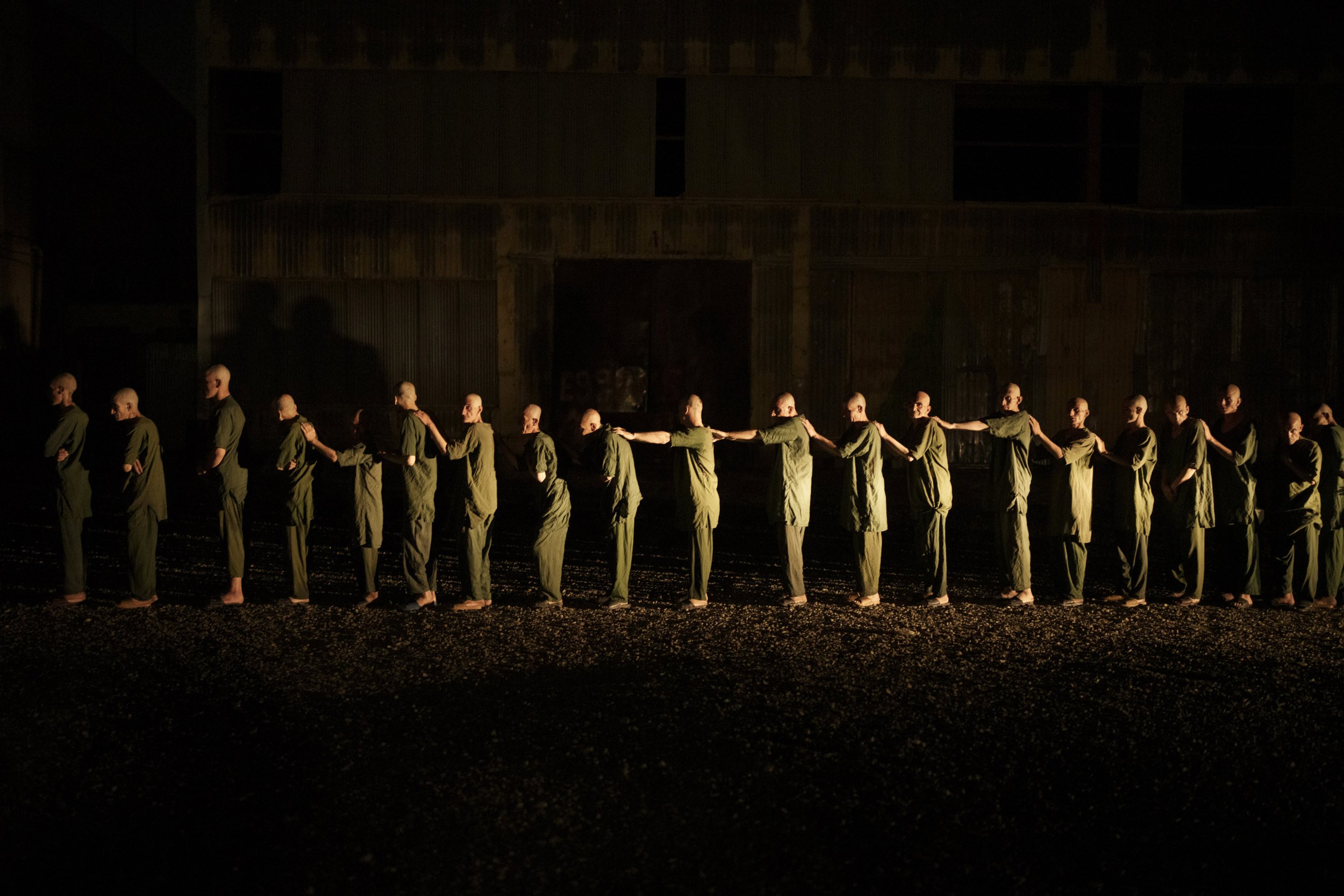 Harrowing images show drug users in Afghanistan being rounded up and put in chains in the latest sign the Taliban are grossly violating human rights.

The men – many of them homeless and addicted to heroin and meth – were beaten and forcibly taken to treatment centres in Kabul.

There, they were forced to sit against a stone wall with their hands tied, before being stripped of their clothes and having their heads shaved.

Many of them looked bleary eyed and skeletal as they were ushered into a prison-like camp where they were told to sober up or face a beating.

Afghanistan’s vast poppy fields are the source of the majority of the world’s heroin, and the country has emerged as a significant meth producer.

Both have fuelled massive addiction around the war-ravaged country.

When the Taliban took over earlier this year, they promised a more moderate society than the one they previously presided over.

But the drugs raid is the latest example of how the group has not changed and is continuing to impose a brutal form of sharia law.

The Taliban view drug addiction as a stain on society.

At nightfall, the soldiers-turned-policemen scour the capital’s drug-ravaged underworld in a bid to stamp out the illegal narcotics.

On a recent evening, fighters raided a drug den under a bridge in the Guzargah area of Kabul. With cables for whips and slung rifles, they ordered the group of men out of their fetid quarters.

According to the Associated Press, who witnessed the raid, the men were forced to the ground and ordered to hand over their belongings, which were later burned.

Taliban fighter Qari Fedayee, who was tying up their hands, defended the group’s actions.

‘They are our countrymen, they are our family and there are good people inside of them,’ he said. ‘God willing, the people in the hospital will be good with them and cure them.’

Some men begged for mercy, promising to never take drugs again if they could go free. One elderly man, a poet, scribbled some verses on a piece of paper to prove his point, but it did not work.

In the end, around 150 men were taken to the Avicenna Medical Hospital for drug treatment, on the edges of Kabul.

They will undergo a 45 day programme of withdrawal, with only some medical care to alleviate discomfort and pain.

Dr. Fazalrabi Mayar, working in a treatment facility, said: ‘We are not in a democracy anymore, this is a dictatorship. And the use of force is the only way to treat these people.’

Hunger will be part of the withdrawal process, and many of the men may not make it out alive.

‘It’s not important if some of them die,’ said Mawlawi Fazullah, a Taliban officer. ‘Others will be cured. After they are cured, they can be free.’

The illicit opium trade is intertwined with Afghanistan’s shattered economy and its turmoil.

Poppy growers are part of an important rural constituency for the Taliban, and most rely on the harvest to make ends meet.

Lead patrol officer Qari Ghafoor, has vowed to go after farmers and ‘punish them according to sharia law’.

But David Mansfield, an expert on the Afghan drug trade, said any meaningful ban on opium production will require negotiations with those producing it, who say it is their only way to make a living.

Mansfield said that during the insurgency years, the Taliban profited from the trade by taxing traffickers, a practice applied on a wide variety of industries in the areas under their control.

His research suggests the group made $20 million this way in 2020.

But publicly, the Taliban has always denied links to the drug trade.