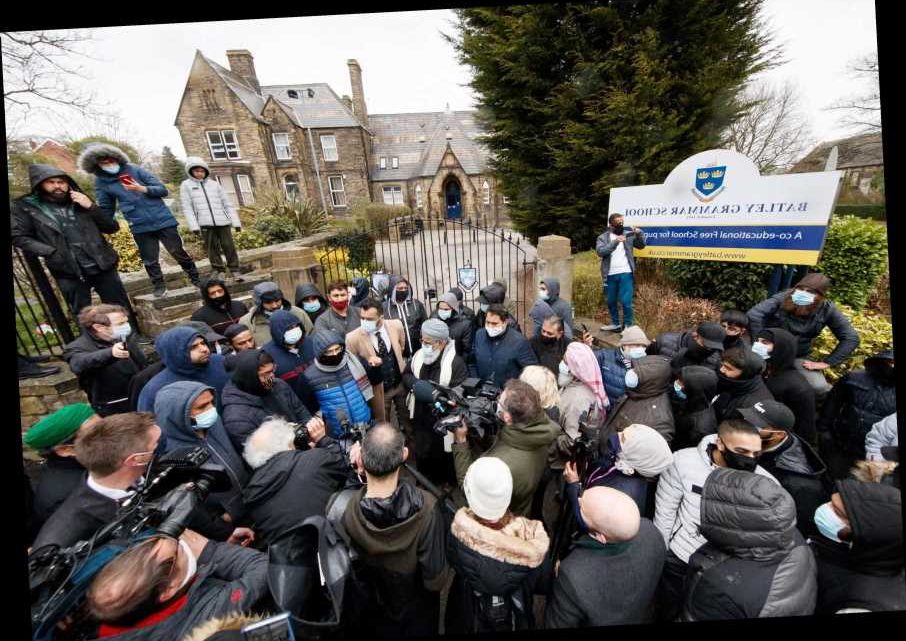 THE teacher who sparked fury after showing his class a caricature of the Muslim prophet Muhammad fears he will be murdered and will never teach again, his dad has claimed.

The suspended teacher, 29, has gone into hiding following the incident – as his dad blasted the school for ‘throwing him under a bus’. 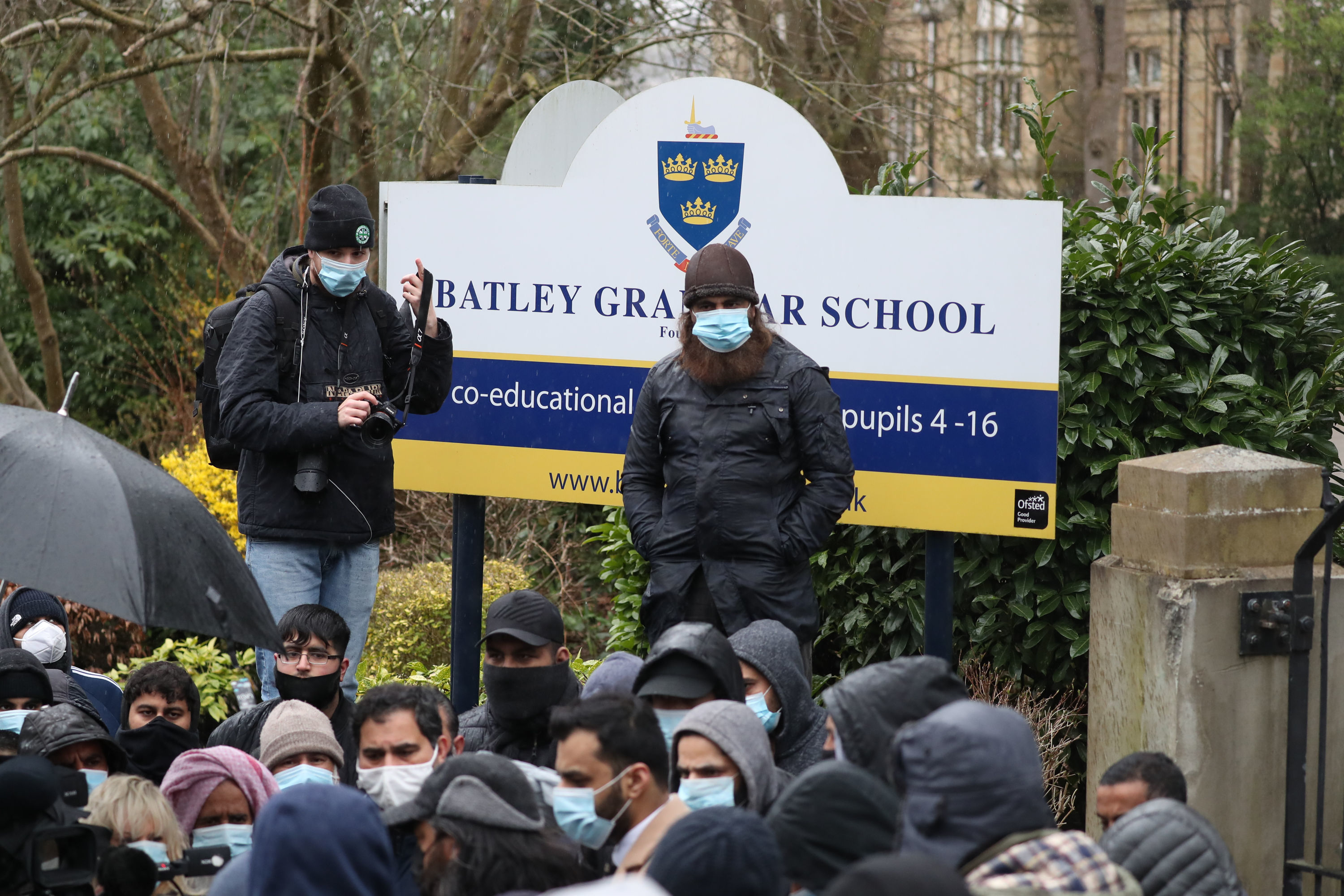 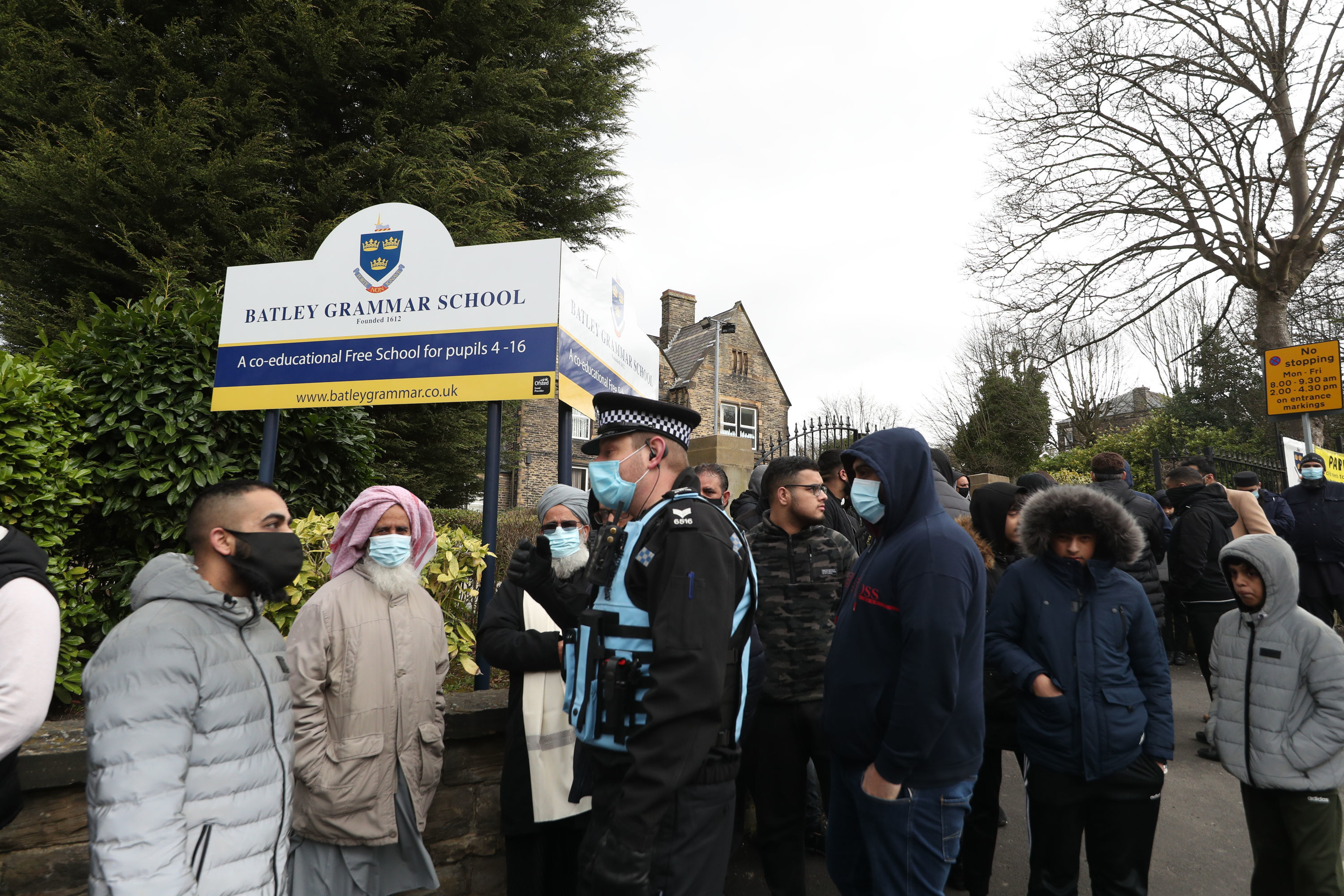 The teacher was suspended after showing pupils a satirical drawing from French magazine Charlie Hebdo of the Muslim prophet in class.

It prompted a wave of protests at the gates of Batley Grammar School in West Yorkshire last Thursday, with one demonstrator claiming the use of the picture was “done in a deliberate, threatening and provocative manner”.

In the aftermath, headmaster Gary Kibble offered a “sincere and full apology”, adding that the use of the image in class was “completely inappropriate".

But the teacher’s dad today claimed his son was left “devastated” by the incident.

He told MailOnline: “My son keeps breaking down crying and says that it's all over for him.

“He is worried that he and his family are all going to be killed.

“He knows that he's not going to be able to return to work or live in Batley. It's just going to be too dangerous for him and his family.

“Look what happened to the teacher in France who was killed for doing the same thing. Eventually they will get my son and he knows this.

"His whole world has been turned upside down. He's devastated and crushed.” 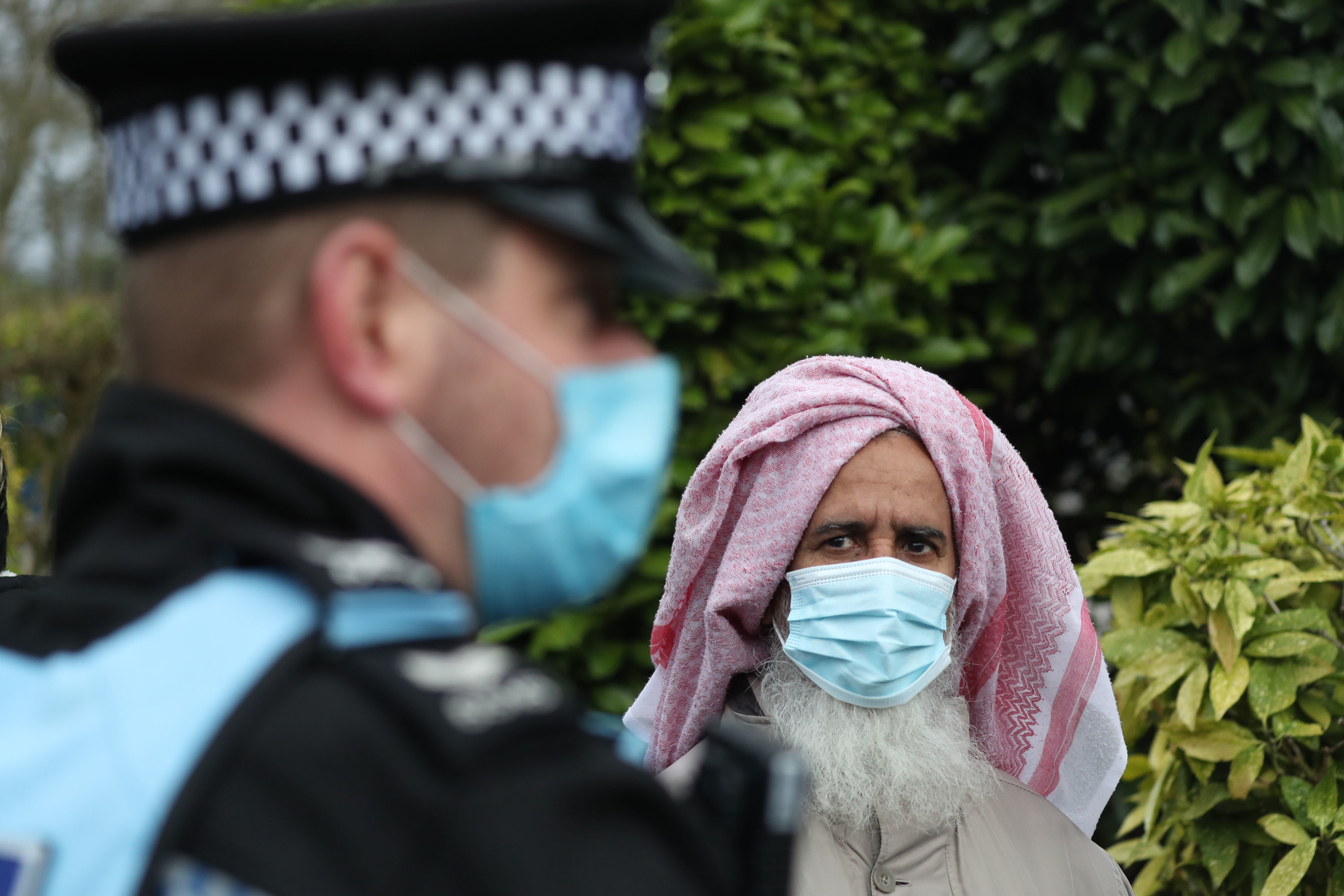 He also took aim at the school for its handling of the incident, adding: “The school has thrown my son under a bus.

“The lesson that he delivered in which the picture of the Prophet Muhammad was shown was part of the curriculum, it had been approved by the school.

“Other teachers have done exactly the same thing.”

The school has not confirmed allegations from parents that the image of Prophet Muhammad was used in previous classes.

The school has thrown my son under a bus

Meanwhile, the teacher's dad also revealed that his wife has also gone into hiding and has become a “bag of nerves” after their son was named by local charity Purpose of Life last week.

He continued: “My wife is petrified that we'll also be targeted and has become a bag of nerves since all this happened. She's unable to stay in our home.

“This whole incident has had a devastating impact on us, and we are all scared about the situation we find ourselves in.”

Education Secretary Gavin Williamson has called the "threats and intimidation" aimed at the teacher "completely unacceptable" – and said schools must be allowed to expose pupils to "challenging or controversial" issues.

But campaigners have accused the Department for Education of amplifying divisions.

Mohammed Shafiq, chief executive of the Manchester-based Ramadhan Foundation, said the community rejected any violence or threat of violence, and said the incident "will not be hijacked by those who have an interest in perpetuating an image of Muslims”.