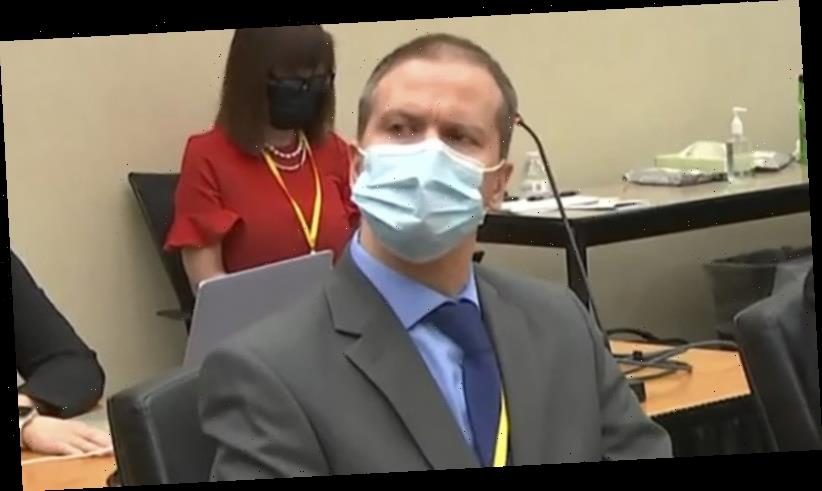 Minneapolis: The teenager who shot the harrowing video of George Floyd under the knee of the Minneapolis police officer now charged in his death has testified that she began recording because “it wasn’t right, he was suffering, he was in pain”.

Darnella Frazier, 18, said she was walking to a convenience store with her younger cousin when she came upon the officers, and sent the girl into the store because she didn’t want her to see “a man terrified, scared, begging for his life”. 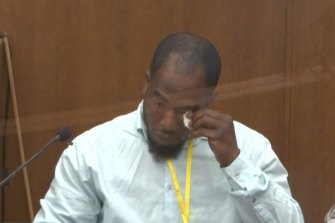 Donald Williams wipes his eyes as he answers questions during the trial of Derek Chauvin.Credit:AP

On Tuesday, prosecutors played back Williams’ 911 call, on which he is heard identifying Chauvin by his badge number and telling the dispatcher that Chauvin had been keeping his knee on Floyd’s neck despite warnings that Floyd’s life was in danger. She offers to switch him to a sergeant.

As he is being switched, Williams can he heard yelling at the officers, “Y’all is murderers, bro!”

During cross-examination, Chauvin attorney Eric Nelson pointed out that Williams seemed to grow increasingly angry at police on the scene, swearing at and taunting Chauvin with “tough guy,” “bum” and other names, then calling Chauvin expletives, which the defence lawyer repeated in court.

Williams initially admitted he was getting angrier, but then back-tracked and said he was controlled and professional and was pleading for Floyd’s life but wasn’t being heard.

Williams said he was stepping on and off the kerb, and at one point, Thao, who was controlling the crowd, put his hand on Williams’ chest. Williams admitted under questioning that he told Thao he would beat the officers if Thao touched him again.

Williams was among the first witnesses as Chauvin, 45, went on trial on charges of murder and manslaughter in Floyd’s death.

Prosecutors led off their case by playing part of the bystander video of Floyd’s arrest. Chauvin and three other officers were fired soon after the footage became public.

Prosecutor Jerry Blackwell showed the jurors the video after telling them that the number to remember was 9 minutes, 29 seconds – the amount of time Chauvin had Floyd pinned to the pavement “until the very life was squeezed out of him”.

Nelson countered by arguing: “Derek Chauvin did exactly what he had been trained to do over his 19-year career.”

The defence attorney also disputed that Chauvin was to blame for Floyd’s death, as prosecutors contend.

Floyd, 46, had none of the telltale signs of asphyxiation and had fentanyl and methamphetamine in his system, Nelson said. He said Floyd’s drug use, combined with his heart disease, high blood pressure and the adrenaline flowing through his body, caused a heart rhythm disturbance that killed him.