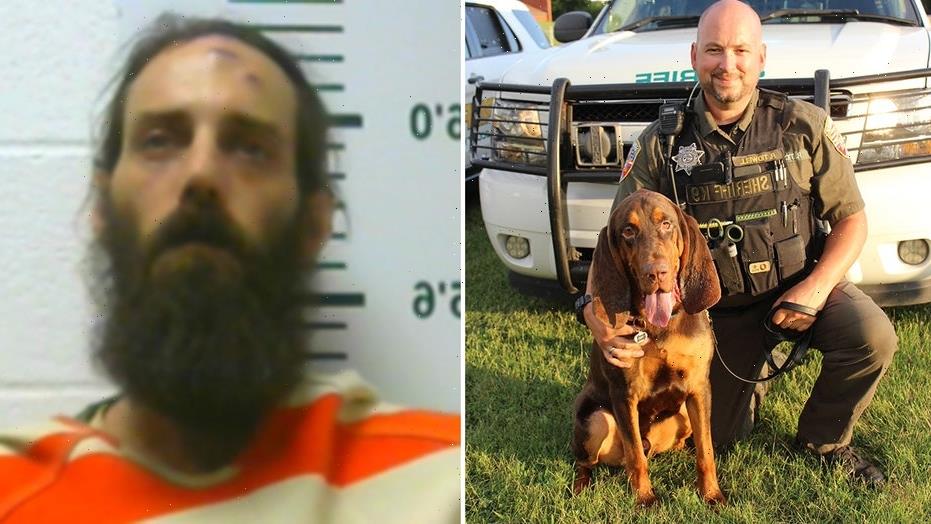 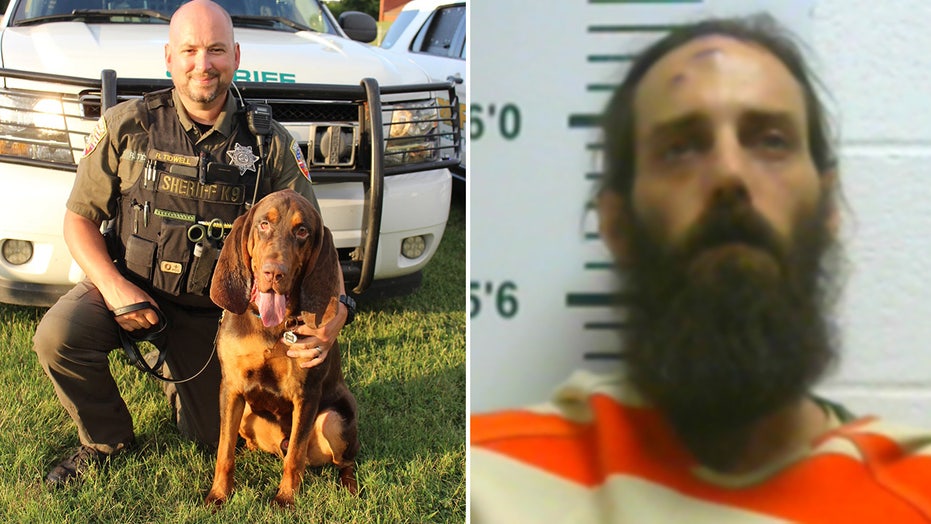 A bloodhound working with a Tennessee sheriff’s office helped track down a missing and endangered 6-year-old girl whose father allegedly abducted her in May, authorities said Monday.

Fred the bloodhound sniffed the trail of Kinzleigh Reeder and her father Nicholas Reeder to a barricaded outbuilding in DeKalb County on Friday, the Rutherford County Sheriff’s Office said in a statement.

The DeKalb County Sheriff’s Office had been searching for Kinzleigh since May 26 in an effort that involved law enforcement agencies from across the state, the agency said in a separate statement.

The investigation eventually brought deputies to the Pea Ridge community, where airplanes with thermal imaging and drones had swept the area, the sheriff’s office said. Believing Reeder and his daughter were camping in the area, DeKalb County deputies called in Fred and the Rutherford County Sheriff’s Office. 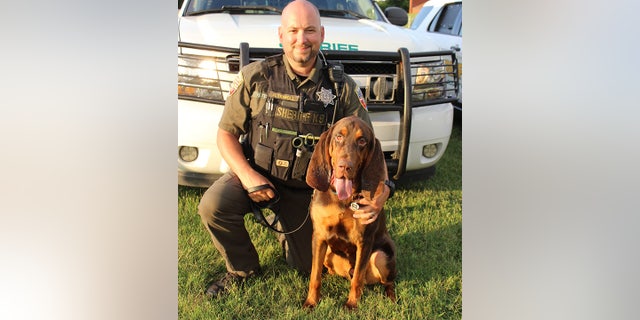 The bloodhound and his K-9 handler Deputy Richard Tidwell arrived at the scene and learned that the deputies believed the father and daughter were in an area behind a home, according to officials.

Tidwell had an item belonging to Reeder and let Fred smell it to gain the man’s scent, the Rutherford County Sheriff’s Office said. Fred picked up on Reeder’s scent and followed its trail behind the home and along a footpath to a burn pile near a parked truck and an outbuilding.

Fred sniffed the outbuilding’s door and doorknob and sat down, signaling that he found Reeder, officials said.

But the door to the outbuilding was barricaded and the windows were covered up with metal, DeKalb County Sheriff Patrick Ray said. Deputies forced their way inside and found Reeder and Kinzleigh. 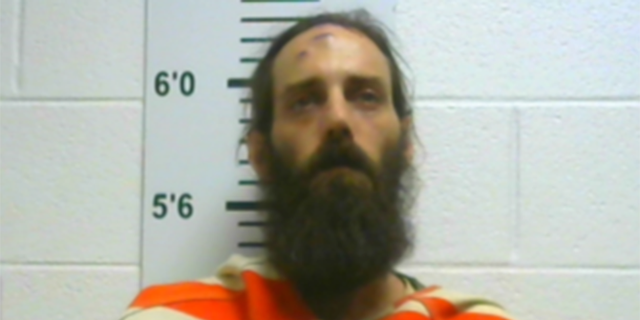 A 6-year-old girl missing for a month was found in an outbuilding with no ventilation, barely any food or water and a bucket to use as a bathroom, according to investigators in DeKalb County, Tennessee.

“There was no ventilation and air conditioning inside the small outbuilding,” Ray said. “There was barely any food or water for the child. The outbuilding had a strong ammonia smell where the two had been urinating and defecating in a five-gallon bucket.”

Tidwell said that after locating Kinzleigh, Fred “licked her face and she gave him a big hug.”

Reeder was taken into custody while Kinzleigh was released to the custody of the Tennessee Department of Children’s Services.

Reeder, who already had warrants out for failure to appear and custodial interference, was charged with child abuse or neglect. He was held on a $175,000 bond.

Officials said that the girl had been removed from Reeder’s custody in March after the two were found camped out under a bridge as water from a creek rose around them on a cold and rainy night. He was charged with child abuse and neglect at the time.

Meanwhile, Fred the bloodhound was showered with praise for successfully finding the missing girl and was rewarded with treats of chicken and pizza crusts, according to Rutherford County deputies.

“I praised him and loved on him,” Tidwell said. “I pulled the chicken reward out of my pocket. He ate the chicken and wanted to meet other people as if to say, ‘Look what I’ve done.’”

'The Challenge': Zach Nichols on Why His Relationship With Jenna Compono Will 'Make It Through Anything'