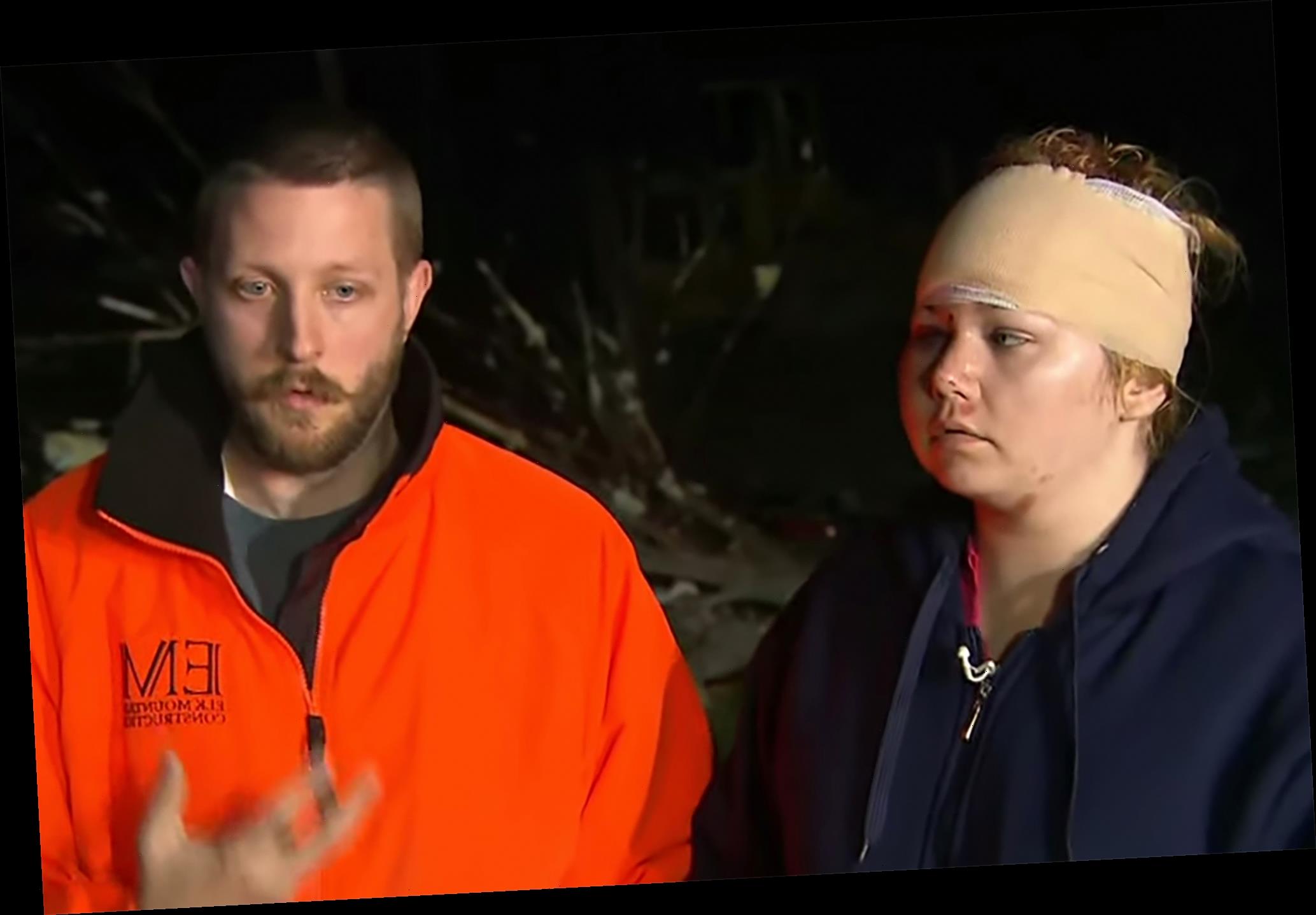 A rattled Tennessee couple says they’re lucky to be alive after a tornado picked up their home and hurled it about 50 yards, “like ‘Wizard of Oz,’” according to a news report.

Seth Wells and Danielle Theophile were asleep in their Putnam County home Tuesday when the deadly storm roared toward them, they told CBS News Wednesday.

“I got woke(n) up at 1:50 from my phone with a tornado warning, and that’s when I heard it,” Wells told the station. “It was this deep roar, rumbling sound that I’ve never heard before.”

In a flash, the storm closed in on them. They jumped into their bathtub for shelter, but the deadly twister picked up their entire house and flung it through the air into a bank of trees half a football field away.

“We were flying in the air into the trees back there,” Wells said. “Once we hit those trees, the house just exploded. The house just disintegrated.”

The harrowing experience left Theophile with a gash on her forehead that required 15 stitches to close — but Wells somehow walked away with only bruises.

At least 24 people have been killed in the Volunteer State and dozens remain missing.

There is a silver lining for the grateful couple, however, as they got engaged in the aftermath of the storm, they said.

“We’re not going to let go,” Wells said. “Not after this, not ever. We’re not letting go.”