Home » World News » The Turkish border, where small children are freezing to death 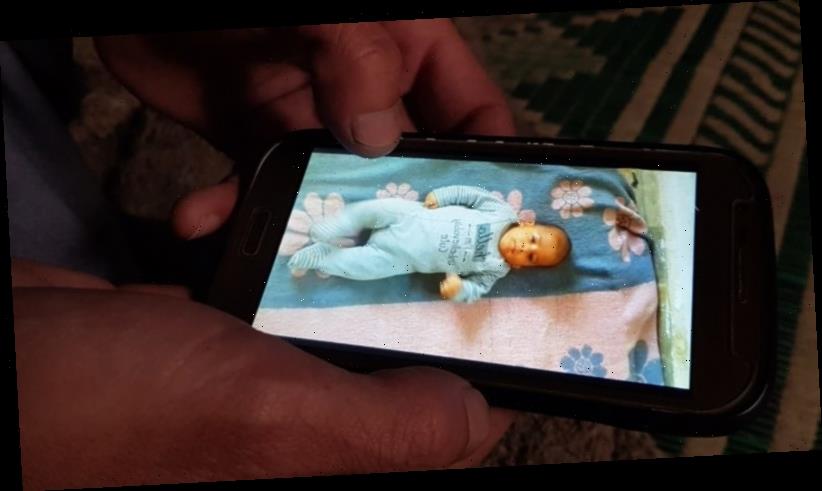 The Turkish border, where small children are freezing to death

Hazem* seemed healthy enough when he went to sleep. The seven-month-old baby boy had just had an early morning feed with his mother and the pair had dozed off again in the bitter Syrian winter.

But when his brothers and sisters went to wake him up later that morning to play, Hazem could not be roused. They found him frozen to death in the hut his family was subsisting in as they hid from the air bombardment of their village in Idlib. 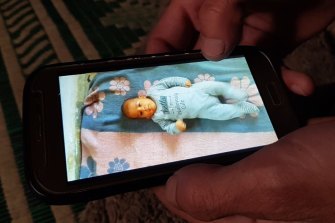 ‘Abu Hazem’ cradles a photograph of his seven-month-old son who froze to death in his sleep in February.

Hazem was one of the about a million people who have fled the Russian and Syrian army campaign in north-eastern Syria, and one of a mounting number of casualties. The cold last month and its associated dangers claimed the lives of seven children, according to World Vision's advocacy director for the Syria response, Caroline Anning.

The geopolitics of this area remain diabolical: the Turkish and Russian leaders signed a ceasefire on Thursday, but fighting appeared to quickly resume. A million have fled the bombing of Idlib by Russian and Syrian jets, but Turkey is not letting them in. Instead it has allowed some refugees already in Turkey to cross the border with Greece – part of President Recep Tayyip Erdogan's tactic of pressuring Europe to come to his aid in the Syrian conflict.

On the ground, meanwhile, ordinary people are trapped in squalid border camps with "no running water, no sanitation and not enough food," Anning said.

On the night of February 11, an entire family of four died of carbon monoxide poisoning because they brought a gas heater inside their tent, which had no insulation from the cold and no ventilation. In another incident, three children died in a landslide as they scavenged for rubbish to eat or burn for fuel. 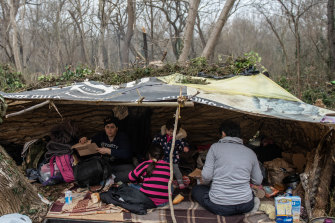 Refugees at the Turkish-Greek border, waiting in the hope that the border to Europe will be opened.Credit:Getty Images Europe

Anning said the camp was still cold, though rain had replaced snow in recent days. And there was no option to return home.

"This war is approaching nine years old, and it's one of the most destructive in modern history because of the indiscriminate use of explosive weapons in towns and cities where people live," she said. "In the camps we are seeing disease spreading and people coming in with diarrhoea, respiratory illnesses. So the mortality rate is increasing."

Hazem's father, Abu Hazem*, told World Vision staff he had “been burning the clothes we wear to keep our kids warm”. They fled early – about 20 months ago – and have seen a huge influx since the bombing began in earnest in December. But there is little advantage from being in the camp the longest.

“We have only three mattresses between us, one blanket and two sheets, which are used by everyone. So the toddler felt cold and, as he is so young, he ended up freezing to death," Abu Hazem said. "The whole family lives in one room; an extremely cold room which has no insulation.” 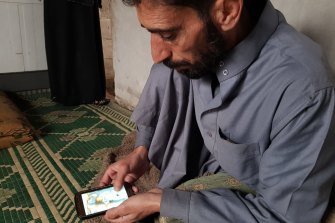 ‘Abu Hazem’ with a picture of his son.

The young father tried to save his son. He carried him to the hospital, but "when the doctor saw him, he checked his body and found it to be frozen cold".

As he spoke, Abu Hazem took out his phone to look at the boy's picture. “He is always in my mind. I think about him all the time.

"But even though I am so sad, I have been trying to control my emotions so I can support his mother. She's not doing well. She is heartbroken because she has lost her son.”

*Names have been changed for security reasons.