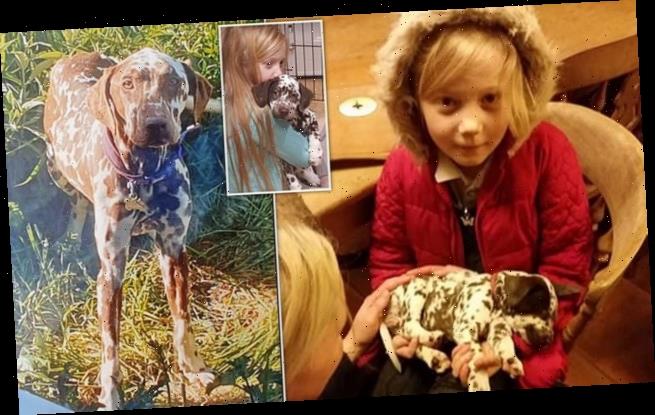 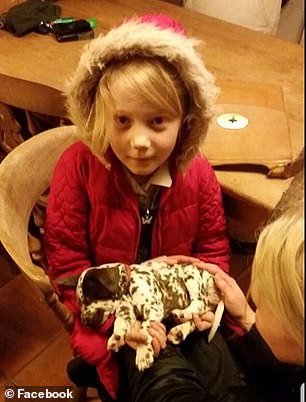 Chloe Hopkins, pictured with dalmatian Lottie, cried herself to sleep after her beloved pet was taken from her in December

A therapy dog cruelly stolen from an autistic girl has been found dead.

Mother Gemma Hopkins saw a drone fly over the property just days before Lottie was taken, which she suspects was used by the thieves to stake out their garden.

The theft left the 12-year-old crying herself to sleep every night, sparking a widespread appeal to find her beloved pet, which was even backed by TV presenter Chris Packham.

However, Mrs Hopkins has now revealed the hunt for the hound has come to a tragic conclusion.

Posting on social media, she wrote: ‘This is something I’d never thought I’d have to post, in fact I’m not sure it has sunk in.

‘We got the call we didn’t want, Lottie has been found but passed away.

‘Having to identify her was the hardest thing I’ve done by miles and I cannot thank everyone enough for the shares of posters via social media.’

She went on to describe telling Chloe the tragic news as ‘breaking my 12-year-old’s heart’ and wrote a goodbye message to ‘my crazy bunch of spots’. 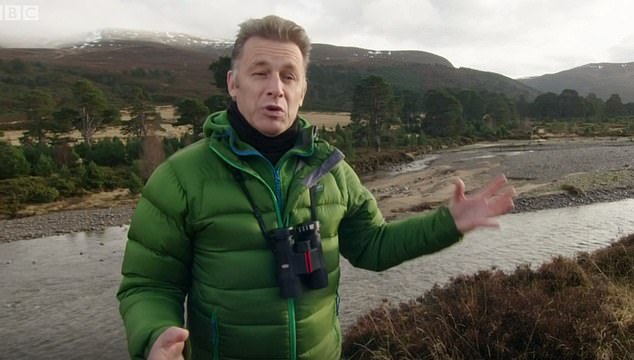 TV presenter Chris Packham, pictured, was among those to share the appeal to find Lottie on social media

The community has again rallied behind the family and a GoFundMe page has been set up to help them.

The fundraiser, organised by Catherine Lightbown, reads: ‘A beautiful 12-year-old girl who has ASD and autism was given the gift of a support dog, a beautiful liver spot dalmatian named Lottie.

‘But soon after, one day, whilst Lottie was at home, evil came to visit, taking Lottie with them and it did unbelievable damage to a beautiful 12-year-old girl. 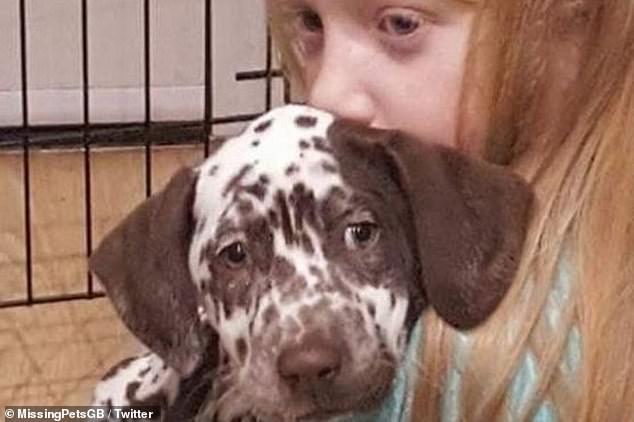 Chloe’s mother Gemma revealed the heartbreaking news on social media that Lottie, pictured with the autistic 12-year-old, had been found dead after a three-month search

‘Her mum, family, friends and strangers did everything in their power to find Lottie and today they got the news that they had been dreading – Lottie had been found, but sadly had passed away.

‘Now, nothing can ever replace the love and support that Lottie brought to her, but it could go some way to mend her broken heart.’

Leicestershire Police has been approached for more information.