Home » World News » This OBE is a salute to our tragic Natasha, say parents of girl who died from allergic reaction to Pret sandwich 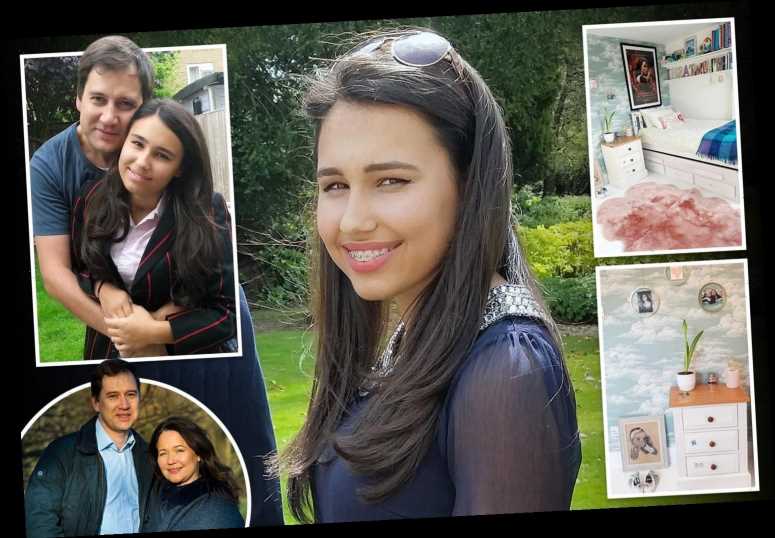 This OBE is a salute to our tragic Natasha, say parents of girl who died from allergic reaction to Pret sandwich

AFTER 15-year-old Natasha Ednan-Laperouse died from an allergic reaction to a Pret a Manger sandwich on a BA flight, her grieving parents were determined to fight for justice.

Their battle to change food labelling rules resulted in Natasha’s Law — which comes into effect in October — and OBEs for their efforts in the New Year Honours list. 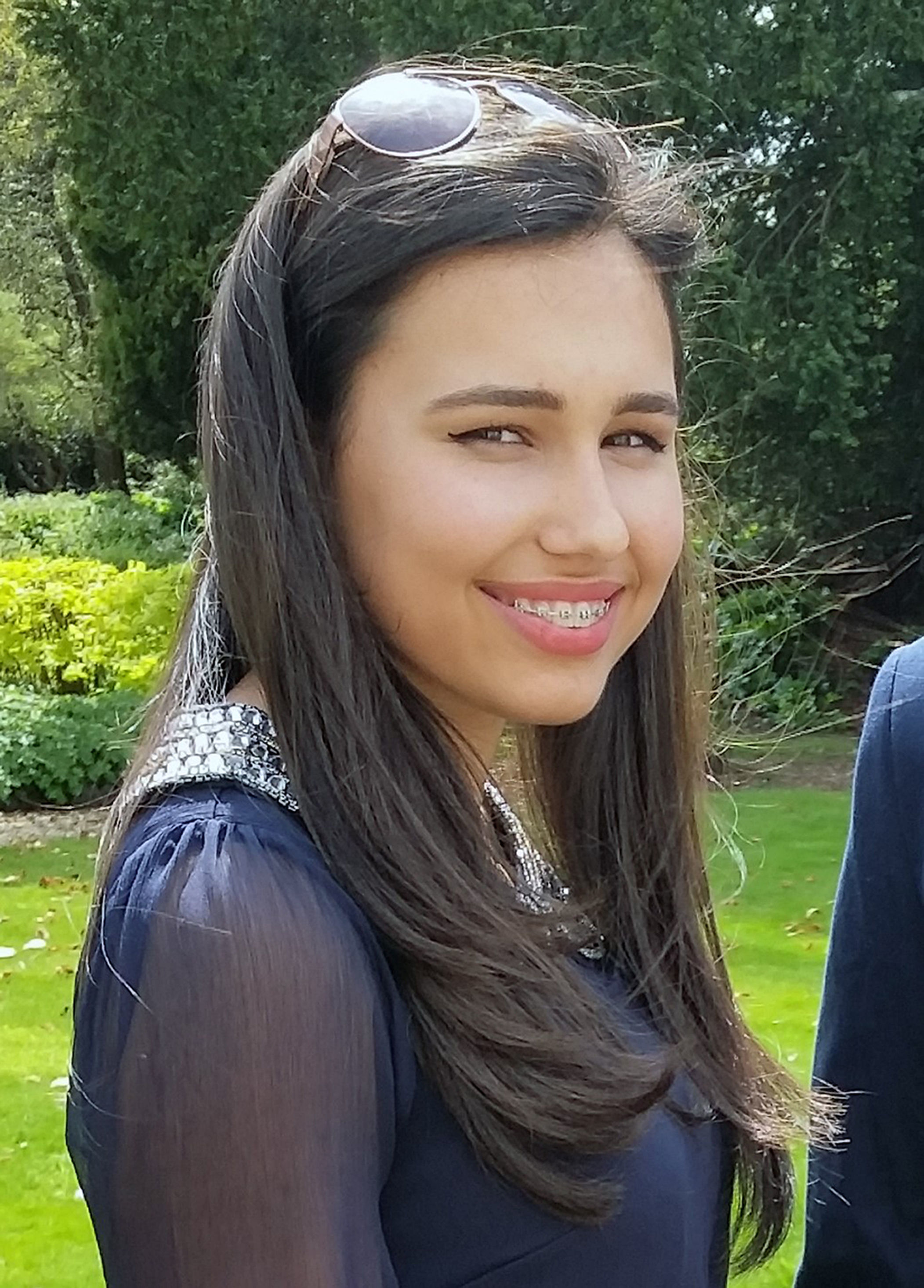 And today, in an exclusive interview with The Sun on Sunday, dad Nad, 55, and mum Tanya, 53, tell how the awards — which will sit on a special bookshelf in Natasha’s bedroom, next to her ashes — will be dedicated to their daughter.

Nad said: “These are Tashi’s OBEs. This is all for her.

“When you lose a child, it’s like a bomb goes off. It blasts a hole in your life. The shrapnel from your grief affects everyone around you.

“This happened when Natasha died. We just have to spend the rest of our lives navigating around the crater the bomb of her death created.

“We think, ‘Would Tashi want us to fall off the face of the Earth into grief or do something to make something of her death?’.

“She wanted to try to help the world so we’re going to try to do it for her.”

Natasha was on her way to Nice, in France, for a summer holiday with Nad and her best friend Bethany Holloway in July 2016 when she bought an artichoke, olive and tapenade baguette from Pret a Manger at Heathrow Airport. 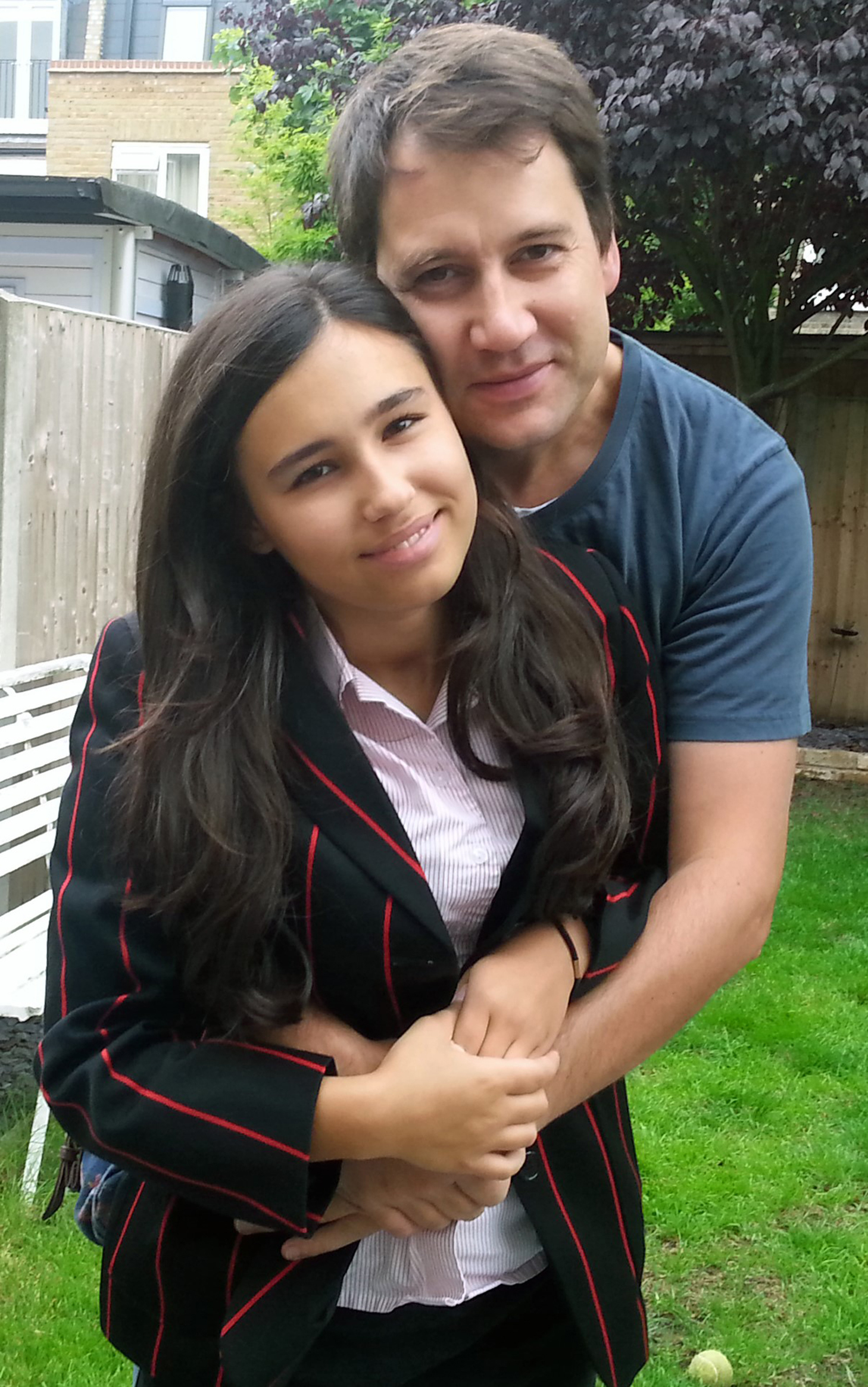 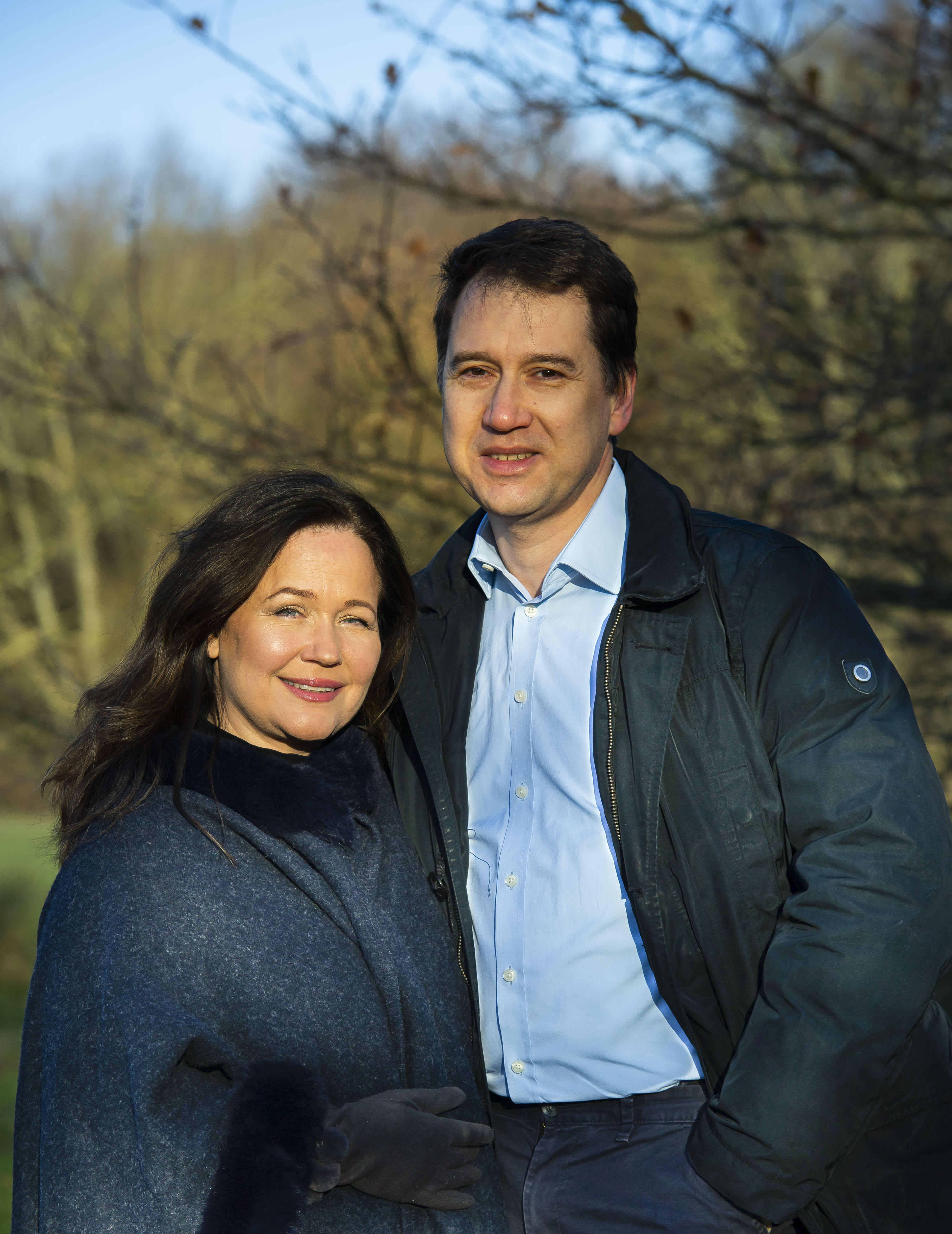 ‘I WAS LIVING IN A ZOMBIEFIED WORLD’

It contained hidden sesame seeds, something she was allergic to but the ingredient was not labelled on the packet. Shortly after take-off, Natasha had a reaction. Nad scrambled her to the toilet and gave her two shots of adrenaline from her EpiPens which he expected would fight off the reaction. But she continued to struggle for air.

Her last words were, “I can’t breathe, I’m suffocating, help me Daddy”, before she suffered a fatal heart attack.

Nad said: “It’s very hard to ever come to terms with but I’ve had to find a way through. It happened on my watch. We would die a thousand deaths to have Natasha back.

“Shortly after she died I had the strangest experience. I was not in any way religious but I saw five angels. I realised later it was a reassurance that Natasha had gone to heaven and was waiting for me.

“Maybe if I had not seen them I could have ended it all. It kept me on the planet.”

Nad finally came to terms with not being able to save his daughter after “18 months of grief and anger”. 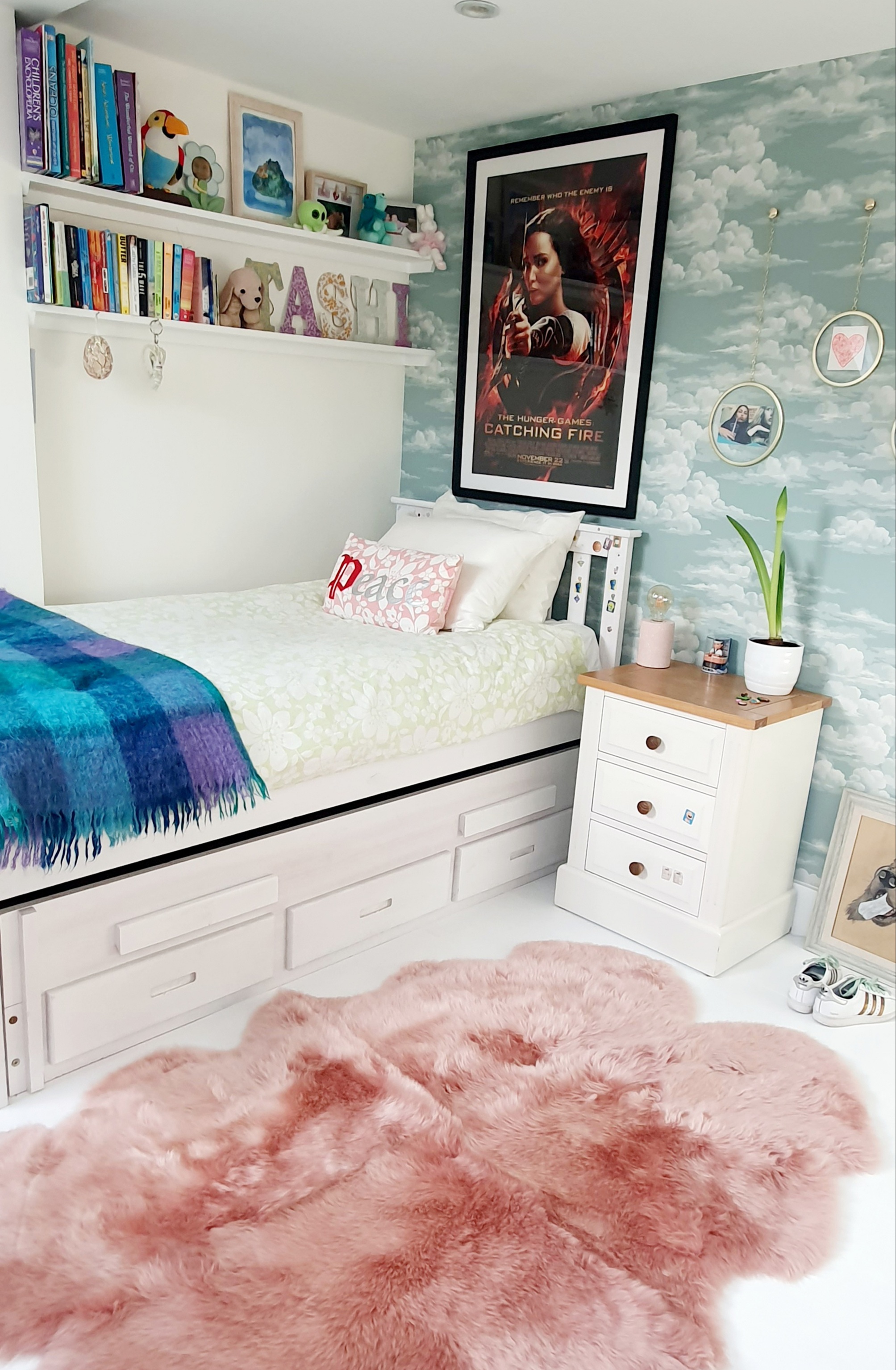 He said: “I was furious with everyone. All kinds of questions were going around in my head.

“I was swearing a lot. I was in shock, pain and living in a zombie-fied world.

“I remember going into her room and opening the carry-on suitcase she had packed for that trip for the first time and breaking down.

Tanya added: “His misery was so strong. We focused on our son Alex, we had to be strong and there was never any blame. We both loved Natasha and did our very best for her. We stuck together and tried to get through.

“Natasha was a serious allergy sufferer. Ever since the age of four we’d been on high alert at birthday parties as dairy and nuts would give her reactions.

“She’d even get a reaction if someone was wearing perfume. She always checked labels and would never have picked up the baguette if she had any inkling it contained sesame.” 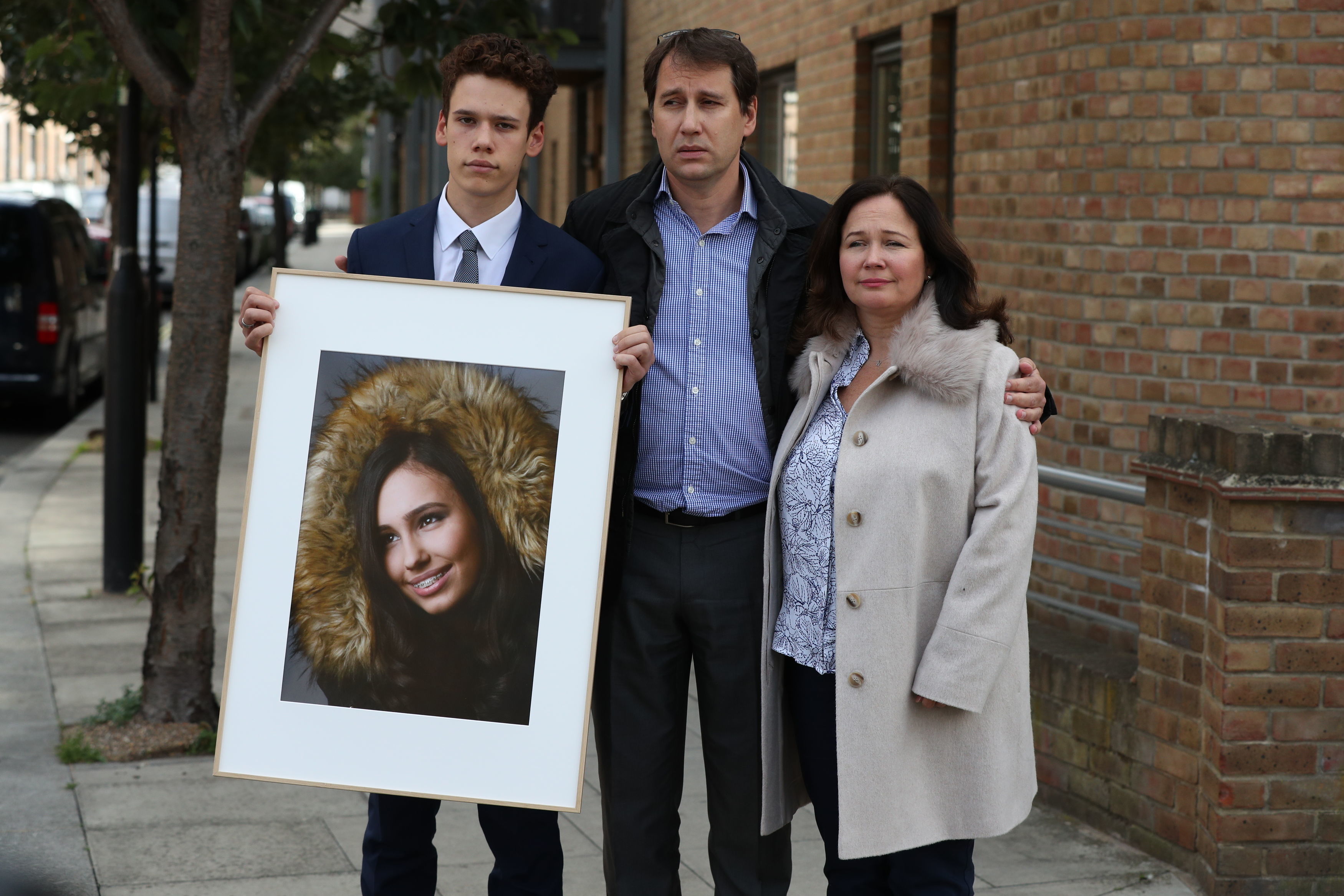 This year, for the first time since Natasha’s death, Nad, Tanya and Alex, 17, spent Christmas Day together at home in West London. Every other year they have gone away. Tanya said: “We raised a glass to Natasha and felt close to her that day. We were dreading it before but it was a happier day than we expected.”

Shortly before Christmas the family took the big decision to redecorate Natasha’s old bedroom to make it more suitable for a 20-year-old — the age she would be now.

Tanya said: “Just before she died Natasha said she wanted to decorate her bedroom. After she died we kept it how she had it, with her pictures, favourite books, posters and even the shoes she died in. But over time it became a reminder that she had died at 15. It became increasingly more painful to see.

“We picked the colours she had said she liked, blue and turquoise. It made us imagine Natasha as a 20-year-old.”

Nad added: “I couldn’t go in there during the decorating, it was too upsetting. I go in and talk to her now. I always say, ‘Hi Tashi’, and on the way out I say, ‘I’ll be back later’.”

An inquest in 2018 into Natasha’s death blasted Pret for its “inadequate” labelling and fault in Natasha’s death, making the company vow to make a “meaningful change”.

Afterwards, hundreds of families contacted Nad and Tanya to tell them how Natasha’s story had changed their lives — with people now understanding the danger of allergies. There are currently two million food allergy sufferers in the UK. Tanya said: “People would tell us how friends now take their child’s allergies seriously.

“We heard from a mum whose child’s allergy is now not seen as ‘an overly worried parent’ thing any more. Even some of the kids at school with Natasha didn’t believe she was really allergic. They would wave peanut butter sandwiches in front of her and say, ‘Go on, you know you want some’.

“They would steal her inhaler and spray it around like perfume. It was terrible really but the kids didn’t understand. That’s where we come in now — to help educate.” 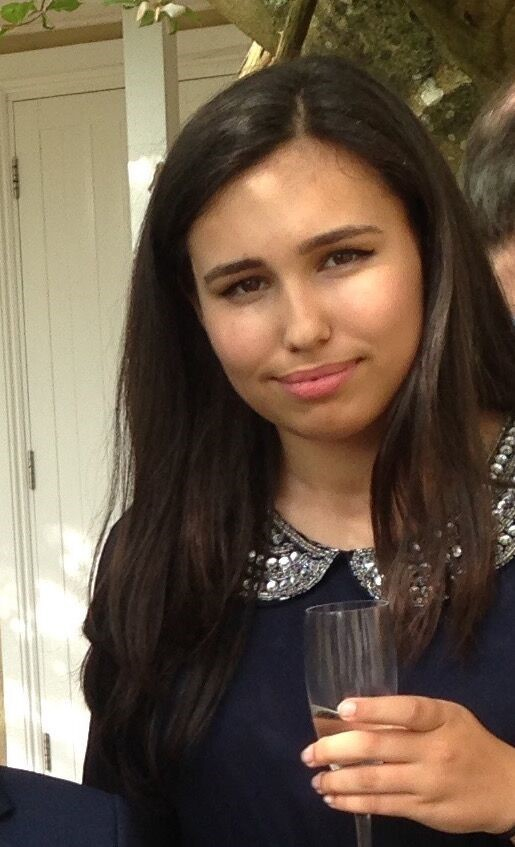 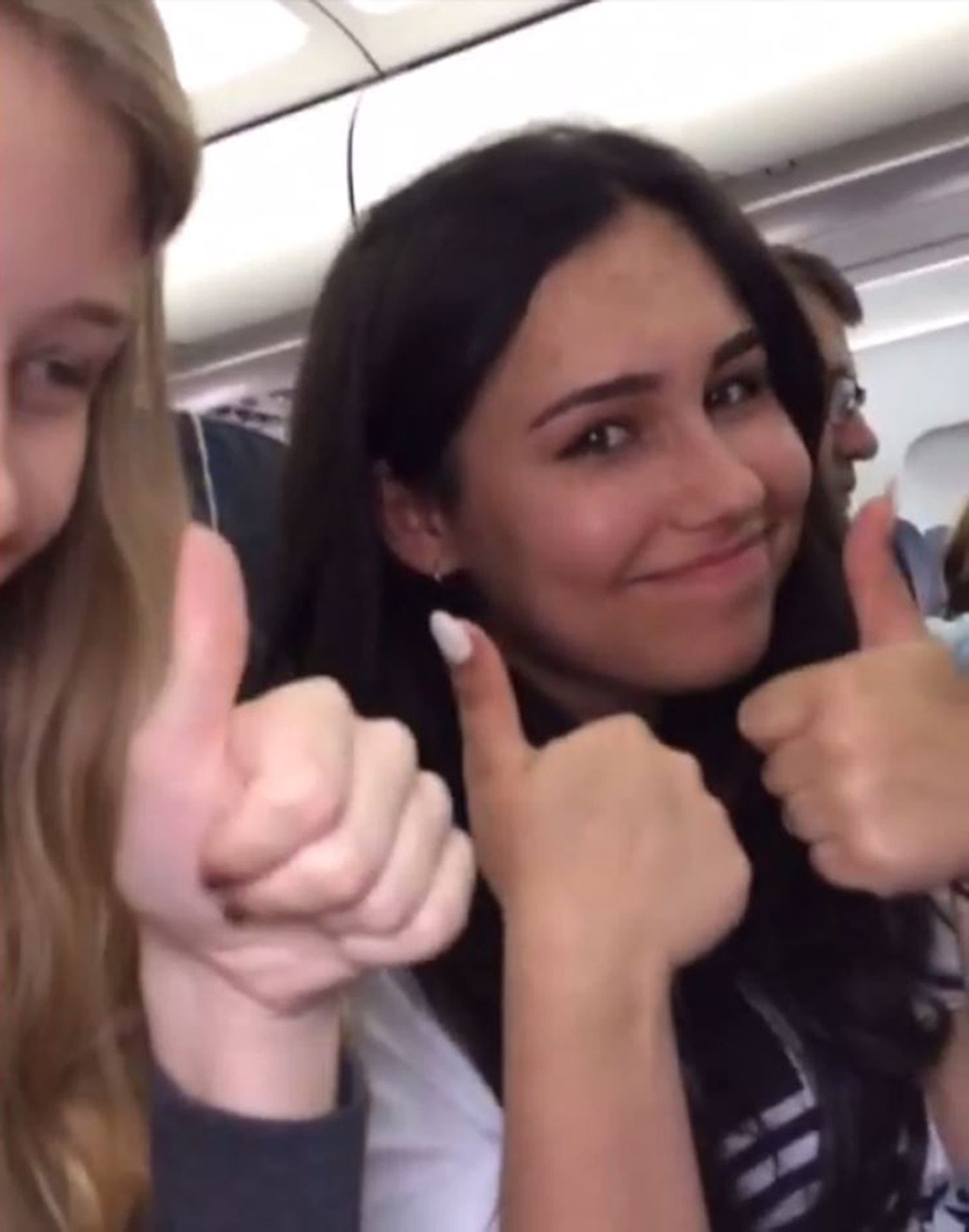 The couple have set up the Natasha Allergy Research Foundation. One of its patrons is Duchess of York Sarah Ferguson, who they met on the flight when they brought Natasha’s body home.

Nad said: “There is now, on average, one food-allergic child in every class. That’s why, as part of the charity, we want to get into schools to educate kids.

“One of the biggest tangible changes we have seen since Natasha’s death is in restaurants. Before every meal, people are asked, ‘Do you have any allergies?’.

“People understand that it’s not a question for the fussy any more, it’s deadly serious.

“In one standard peanut there is enough protein — which is what causes the allergic reaction — to kill 150 vulnerable adults. That’s how serious it is.

“It’s quite hard for normal people who don’t have allergies to understand.”

Under Natasha’s Law, businesses will be required to list every ingredient on prepackaged food. And Nad and Tanya have also been visiting supermarkets to help educate staff.

Tanya added: “We feel food allergies deserve attention because they are just as likely to kill someone as salmonella or E. coli might. Alibi labels, which is where manufacturers just list 14 ingredient items saying, ‘It might contain’, are not enough.

“We are making it so everything is listed in detail and that allergies are taken seriously.”

After their success with Natasha’s Law, the pair are not slowing down.

They are to announce their first major scientific research project later this year and have a new drive to get more doctors to become allergy specialists and more dedicated clinics around the country. And Natasha’s OBEs will help them get there.

Nad said: “The OBEs are just sustenance for our fight. It’s all for Natasha. We’re changing the world on her behalf, in her absence.”

Clashes reported as migrant caravan attempts to cross into Guatemala