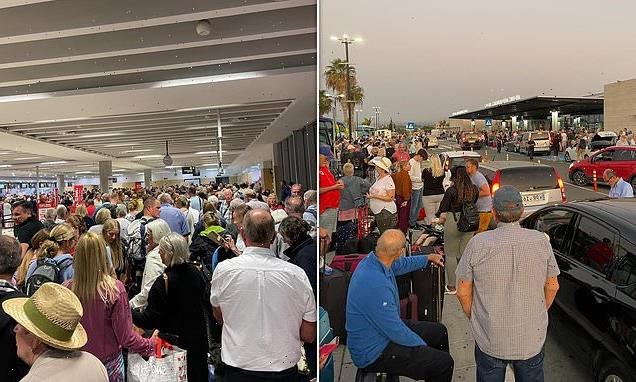 'Thousands' of travellers are stranded at Cyprus airport after strike

There is chaos in Cyprus as thousands of travellers are stranded at an airport and trapped on planes after a last-minute strike by staff on Wednesday.

Ground staff had announced a two-hour strike at Pafos International Airport between 2pm and 4pm local time — before extending it until around 7pm.

The action has affected more than 20 flights, with some being diverted to Larnaca International Airport and others cancelled, with travellers put up in hotels.

Hermes Airports manages and controls the two international airports, urged people travelling both two and from Pafos to check for updates from their airline. 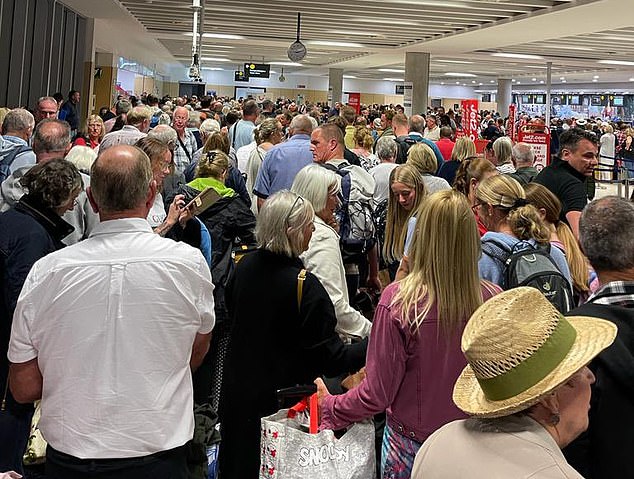 One of the affected passengers told the Cyprus Mail that her plane has been stuck on the tarmac along with many others.

Jet2, which flies out of the airport, said that as a result of the ‘unforeseen’ strike, the airline was unable to depart from Paphos or offload baggage.

‘Although this is completely outside of our control, our teams are doing everything they can to look after customers,’ a spokesperson Tweeted.

One traveller replied to the airline, stating that staff had ‘handed out about 50 small packets of biscuits to hundreds of customers’.

He told Aviation Source that both adults and children have been left stuck in the airport, with ‘no updates’.

Another person said on Twitter that their parents were left standing outside the airport for more than two hours.

‘No communication from jet2,’ she said. ‘Can’t even sit down and my Dad has had three heart attacks in the past.’

TUI also flies out of Paphos, and replied to a passenger on Twitter apologising for the issues at the airport.

As the strike continued, the transport ministry, trade unions and employers met to try and resolve the situation, which came about after 156 employees were given redundancy letters on Tuesday.

The aim is for the issue to be resolved within a week, Transport Minister Yiannis Karousos said on his social media after the meeting.

In his post, Mr Karousos said that some 28 staff ‘who have expressed interest to continue their employment will be hired under the same terms of employment and with a continuation of employment scheme.’

On Tuesday, workers at Larnaca airport launched a two-hour strike at 10am.

Larnaca district secretary of trade union Peo Yiorgos Ioulianos said that the new company taking over did not transfer all of the pre-existing employees over.

‘It appears the new company is not going to apply the regulations which the transport ministry has signed nor the collective agreement,’ the secretary told Cyprus Mail.