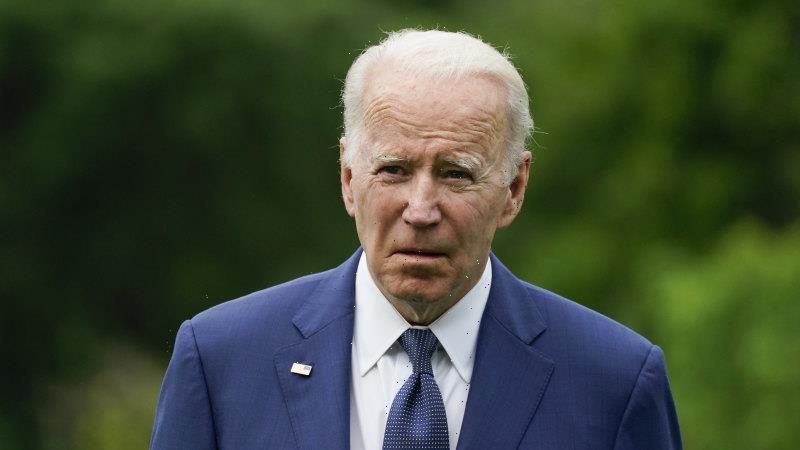 Too long, too strong: Inflation outbreak weighs on Biden before crucial midterm elections

Washington: Beth Schaffer knows exactly how hard it is to make ends meet in America.

“Everything keeps going up and yet the minimum wage is so far behind that you have to work two jobs just to maintain,” the 38-year-old tells me from her home in Charlottesville. 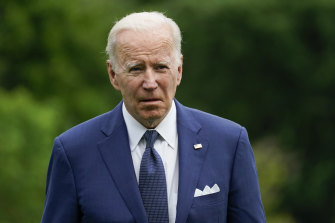 Didn’t see it coming: Inflation has proved stubbornly high for US President Joe Biden and the American people. Credit:AP

“I struggle to pay my rent, I’m facing eviction every month and my elderly father who is also disabled lives with me. You try to juggle everything, then you still end up far behind.”

Schaffer is one of countless Americans whose lives are getting even harder in the face of record high inflation rates, and soaring costs on everything from food and fuel, to rent and furniture. Coupled with a minimum wage of merely $US7.25 an hour in the US, it’s little wonder so many people are doing it tough. 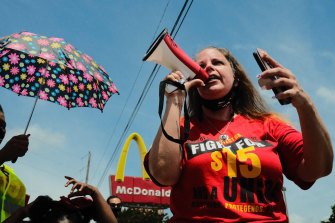 Beth Schaffer struggles every month to pay her bills.

Some, like Schaffer, are so incensed that they’re preparing to march in Washington later this month, demanding action from the Biden administration.

The battle is emblematic of the challenge Joe Biden faces in a midterm election year where polls consistently show the economy is the number one issue for voters – which could make or break his party’s fortunes come November.

As it stands, the Democrats are in trouble. With only months to go before the midterms, the party is seemingly on track to lose its slim Congressional majority. This would make it even harder for Biden to implement his first term agenda as he edges towards the presidential election in 2024 – possibly against former US president Donald Trump.

Indeed, according to RealClearPolitics, which aggregates the country’s most credible polls into averages, only 35.5 per cent of Americans approve of the Biden handling of the economy compared to 60.4 per cent who disapprove.

This in turn is undermining Biden’s approval rating more broadly, which now stands at 40.7 per cent compared to 54 per cent disapproval.

Boiled down, the job market is growing and unemployment is falling, but the public simply isn’t feeling it.

It’s not hard to see where the disconnect lies. Walk into any grocery store in America and the price of almost everything on the shelf has surged. The cost of beef and pork, for example, is up by more than 14 per cent compared to one year ago. Bread is up by almost 9 per cent, milk is by almost 15 per cent, and cereal by 11.9 per cent.

Head to any petrol station, too, and you’re likely to experience pain at the bowser, with petrol prices hitting a record $US4.91 a gallon Tuesday according to the American Automobile Association’s latest survey — up almost 30 cents a gallon in just the past week alone. (A gallon equals 3.78 litres.)

As for housing affordability? Rents continue to rise at the fastest pace in decades – a record 11.3 percent last year, according to real estate research firm CoStar Group – with a lack of supply resulting in the lowest-income families being hardest hit.

Against this backdrop, the White House last week unveiled a month-long focus on the economy in the hope of stemming some of the political damage.

The flurry of activity kicked off last Tuesday with a rare Oval Office meeting between Biden, Federal Reserve Chair Jerome Powell and Treasury Secretary Janette Yellen. It continued with a cable TV blitz of top aides to sell the administration’s economic message. And there was even an opinion piece by the President himself, published in the Wall Street Journal, in a bid to show voters that he feels their pain.

“Americans are anxious. I know that feeling,” Biden wrote. “I grew up in a family where it mattered when the price of gas or groceries rose. We felt it around the kitchen table. But the American people should have confidence that our economy faces these challenges from a position of strength.”

The White House has reportedly grown increasingly frustrated at its inability to recalibrate; limited by the few levers it has to combat voters’ most pressing hip-pocket concerns. Presidents have little control over petrol prices, for example, which are impacted not only by supply and demand but the global commodities market more broadly.

But the White House also misjudged the threat of inflation until it was too late, with Biden telling reporters in July last year that the price hikes “are expected to be temporary.” Now, after being caught flat-footed, tackling inflation has fast become the President’s number one domestic priority.

Whether it’s enough to prevent a mid-term landslide is another thing altogether.

Larry Sabato, the founder and director of the University of Virginia’s Centre for Politics, says the Democrats face an uphill battle, but a Republican wipeout is not a foregone conclusion. At least not yet. 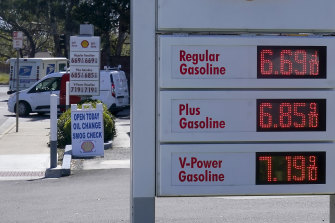 Not getting cheaper: a petrol station in Menlo Park, California.Credit:AP

“Presidents are held accountable for inflation levels, and gas prices, and food prices and housing prices. If they had the levers to pull in the Oval Office, they would have done so,” he said.

“I often cite the example of 9/11 – sometimes something happens that changes everything.”