A third Australian man has died in India from COVID-19 and his desperate brother is begging for their elderly father now alone in the country to be allowed into Australia.

Sunil Khanna, 51, formerly from Sydney’s west, had been living in New Delhi before his death where he cared for his elderly parents who are not Australian citizens. 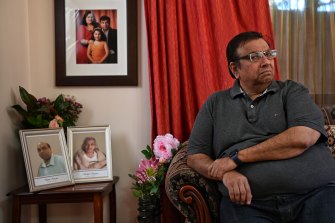 Sanjay Khanna with photos of his brother and mother who have recently died in India. His brother was an Australian citizen and died of COVID-19.Credit:Nick Moir

According to his brother Sanjay Khanna, of Kellyville in Sydney’s west, Sunil and their parents tested positive to COVID-19 on April 25.

“I tried all my contacts to get help, trying to get an ambulance for my brother – I called 28 ambulances,” he said.

“Finally when I was able to get a bed for my brother on the 29th [of April].

“But it had just reached the hospital and he suffered a cardiac pulmonary arrest and died.”

Within 24 hours, their mother had also died from the virus.

He said Sunil had registered with the Australian High Commission in New Delhi, but it seemed to be overloaded with calls.

Mr Khanna said he was contacted by the Australian authorities after he notified them about his brother’s death. 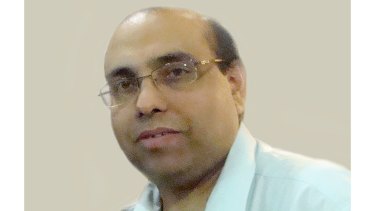 Sunil’s is the third confirmed COVID-19 death of an Australian citizen or permanent resident in India, with the virus devastating the country since a deadly second wave took hold earlier this year.

Govind Kant, 47, died on the weekend after travelling to India for his mother’s funeral, while the Department of Foreign Affairs and Trade earlier this month confirmed the death of a 59-year-old permanent resident. Mr Kant’s sister said he had tried to secure a flight home in mid-April but was unable to. He eventually booked an Air India flight for April 24, but tested positive in the days before it was due to leave.

Mr Khanna is now mourning the loss of his mother and only brother while trying to look after his elderly father who is alone in India with no family left. He is desperate for the government to allow his father into the country on humanitarian grounds, willing to sponsor him on a parental visa.

“He’s very anxious and quite teary and lonely when I speak to him, but I try to keep him positive” Mr Khanna said.

“He’s my last remaining relative I have in India. An 83-year-old, alone by himself stuck in the home and I can’t go there.” 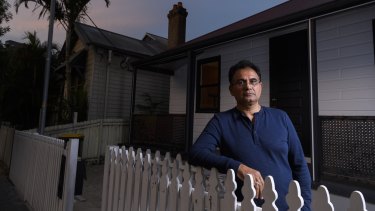 “We fully understand the notion that Australia has to be kept safe,” he said.

“But not allowing people to come in these dire circumstances is very sad.

“In the Asian subcontinent culture, parents are as close to you as your children and your wife are.

“Parents and grandparents are a very close-knit part of the family.”