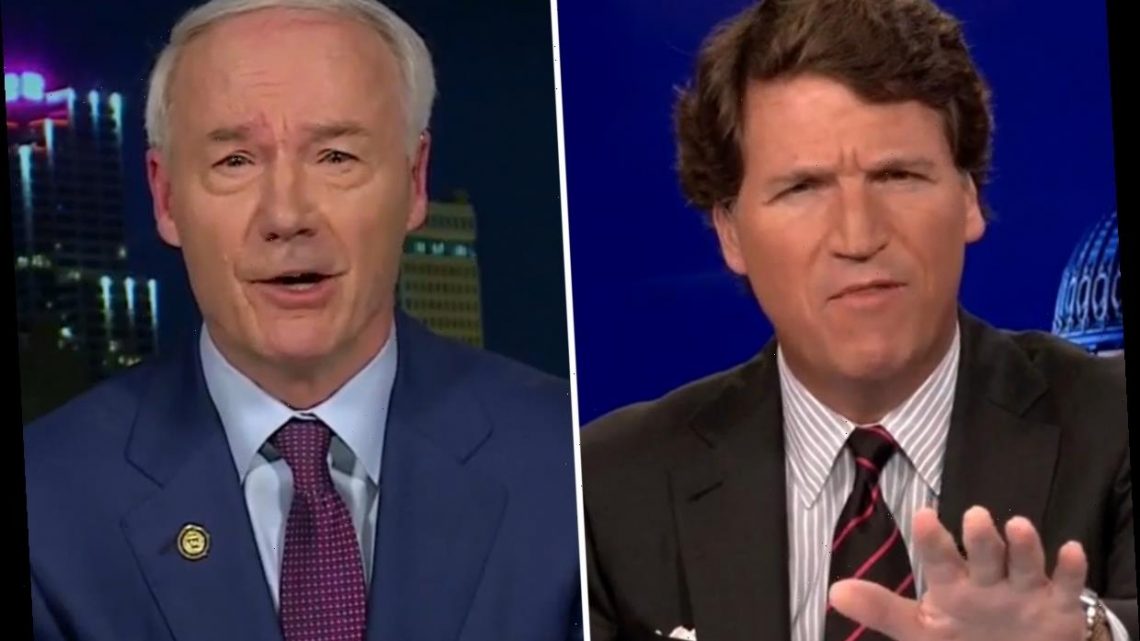 TUCKER Carlson grilled Arkansas Republican Governor Asa Hutchinson for vetoing a bill that would ban gender-transition surgery for minors in the state.

The controversial talk show host slammed the Arkansan for being "pro-choice," a major red flag among conservatives, for endorsing what Carlson called the "chemical castration of children." 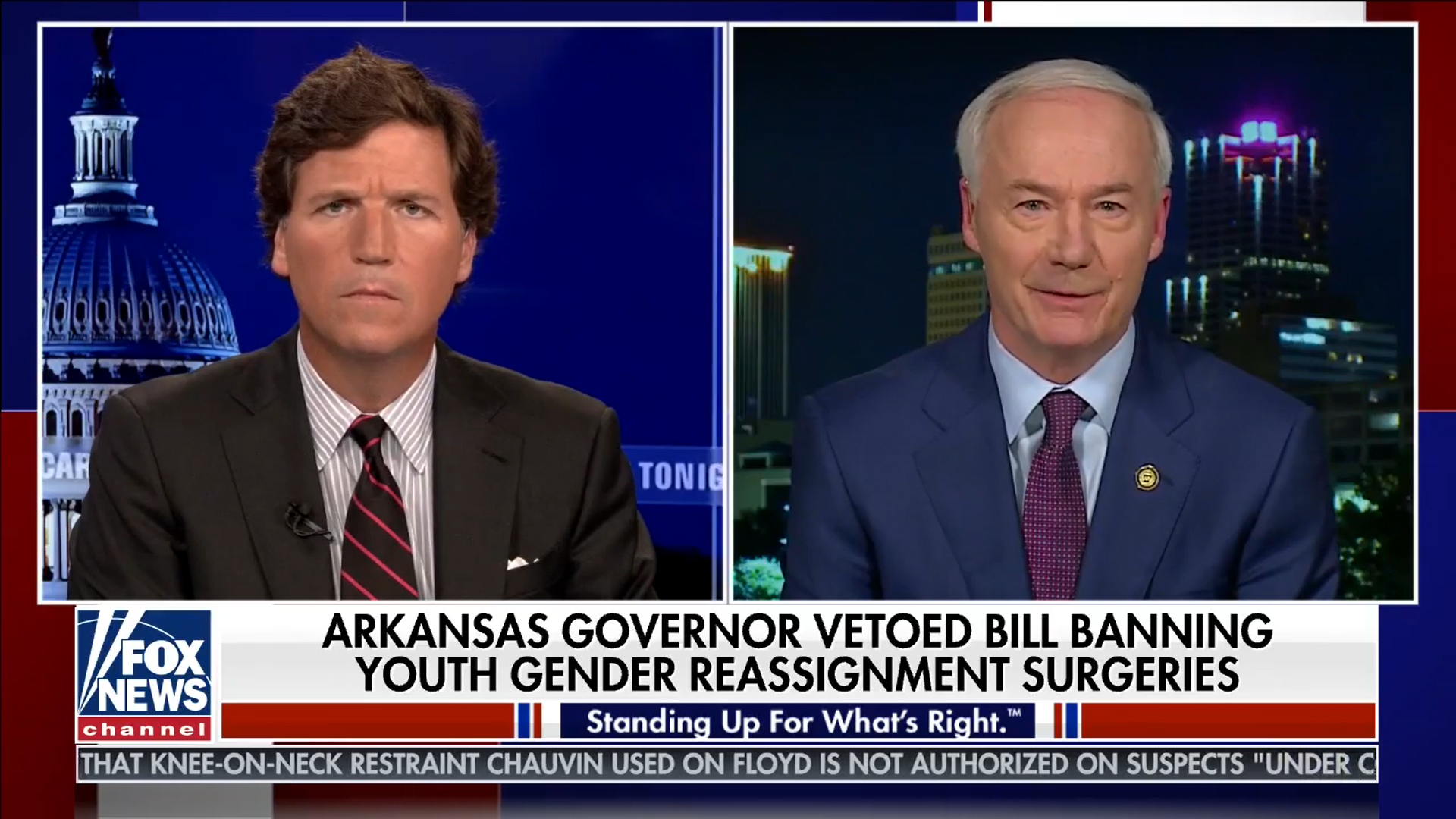 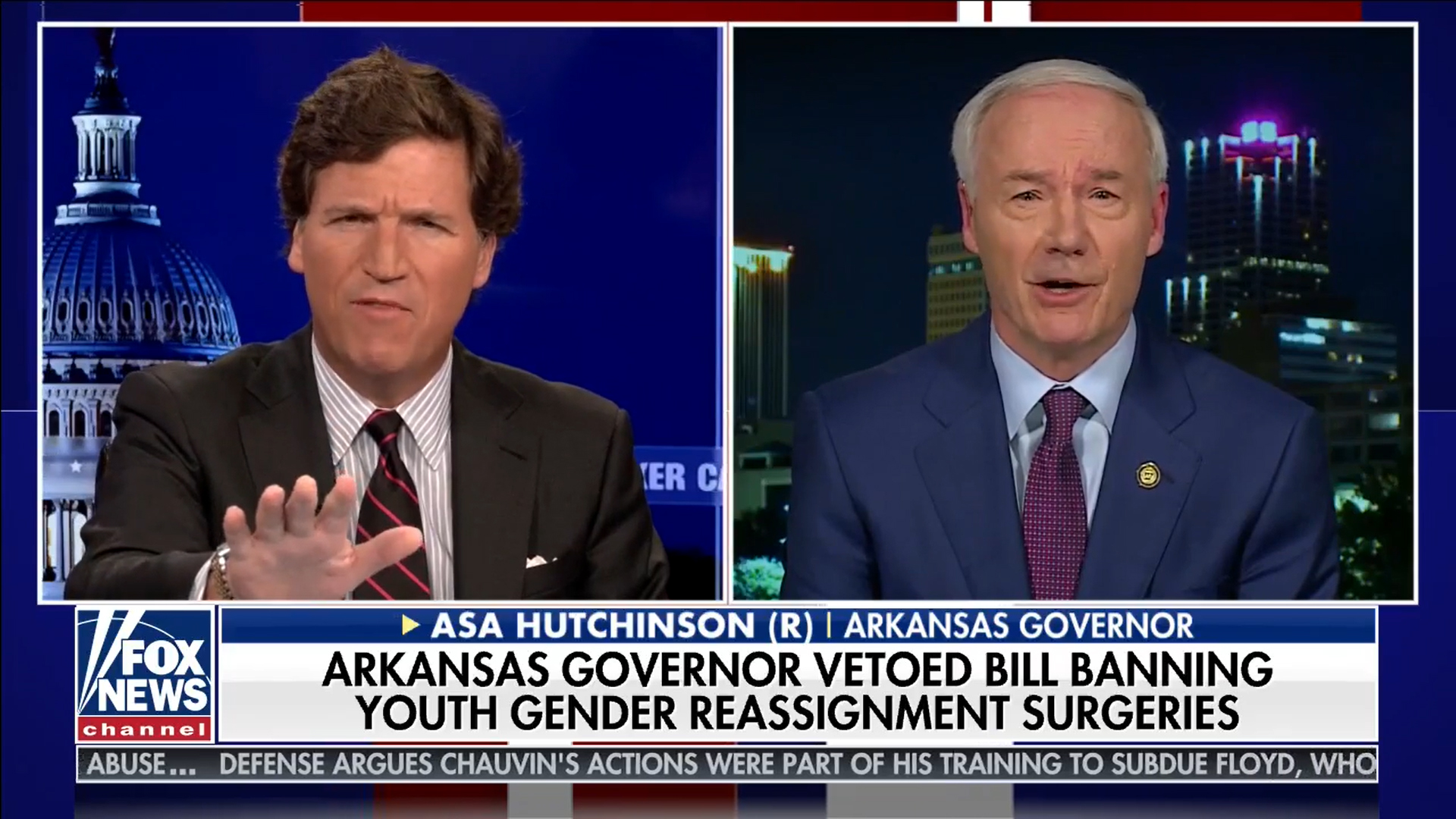 "I think of you as a conservative," Carlson started off the show. "Here you have come out publicly as pro-choice on the question of chemical castration of children. What changed?"

Hutchinson's veto was overridden by the Arkansas General Assembly on Tuesday.

The governor argued the bill is "over broad" and "extreme" in nature, which he argued did little to address the "maybe less than 200 kids in Arkansas that are currently on hormone treatment."

The bill is the first of its kind to be passed in the country. Hutchinson added that "if this had been a bill that simply prohibited 'chemical castration,' I would have signed the bill." 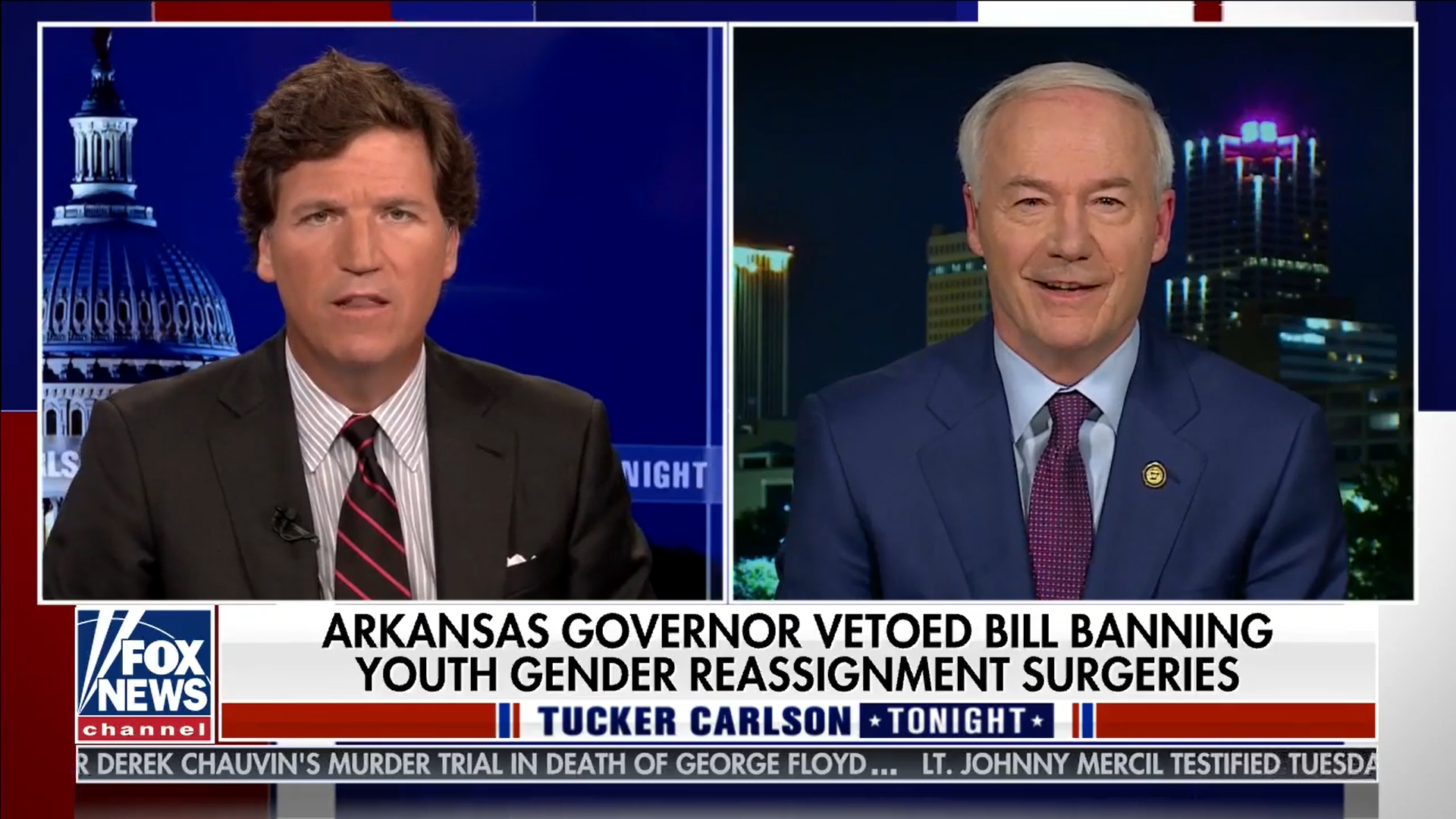 The bill bans gender confirming treatments and surgery for transgender youth by prohibiting doctors from offering hormone treatment, puberty blockers or surgery to anyone under 18.

People have vowed to protest the measure and block the bill before it sets to take effect this summer.

During his veto on Monday, Hutchinson followed pleas from pediatricians, social workers and parents saying the law would introduce another harm into a high-risk group prone to depression and suicide.

Hutchinson, who is term limited, said the state would interfere with private medical decisions.

"Let me emphasize, Tucker. You are a conservative, you have a great background in that," he said on the show.

"Where are we getting back to the limited role of government, that we don’t have to invoke ourselves in every societal position out there," he continued.

He continued down this line of reasoning.

"You vetoed a bill that would’ve protected children — not adults, children, to whom a different standard applies — from a life-altering, permanent procedure," Carlson added.

The governor responded earnestly, saying he wanted "to broaden the party" and "to get back to the principles" in vetoing the bill.

"Whether it’s beer for minors, these are all issues that you have to address [in] the legislature, you make judgement calls on it," Hutchinson responded.

"But we also try to restrain ourselves, as conservatives, so that we don’t have to be involved in every issue," he added.

"And if you want to broaden the party, if you want to get back to the principles, then let’s at least think through — in a reasoned way — as to whether this is the right bill to interfere with parents and doctors’ decisions on a health care matter," he ended.