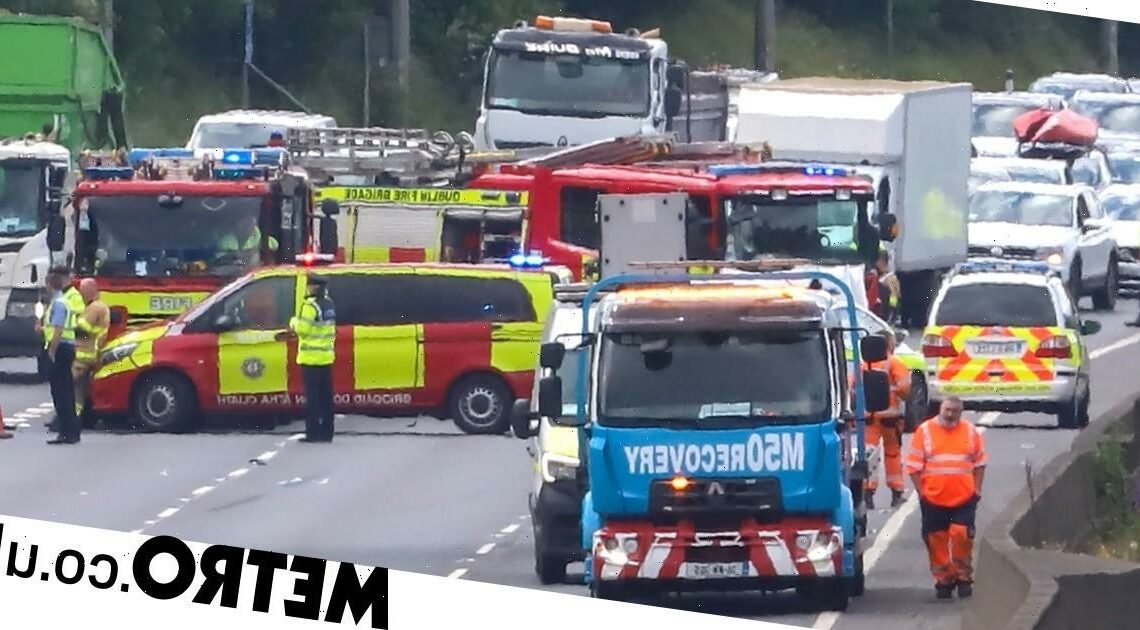 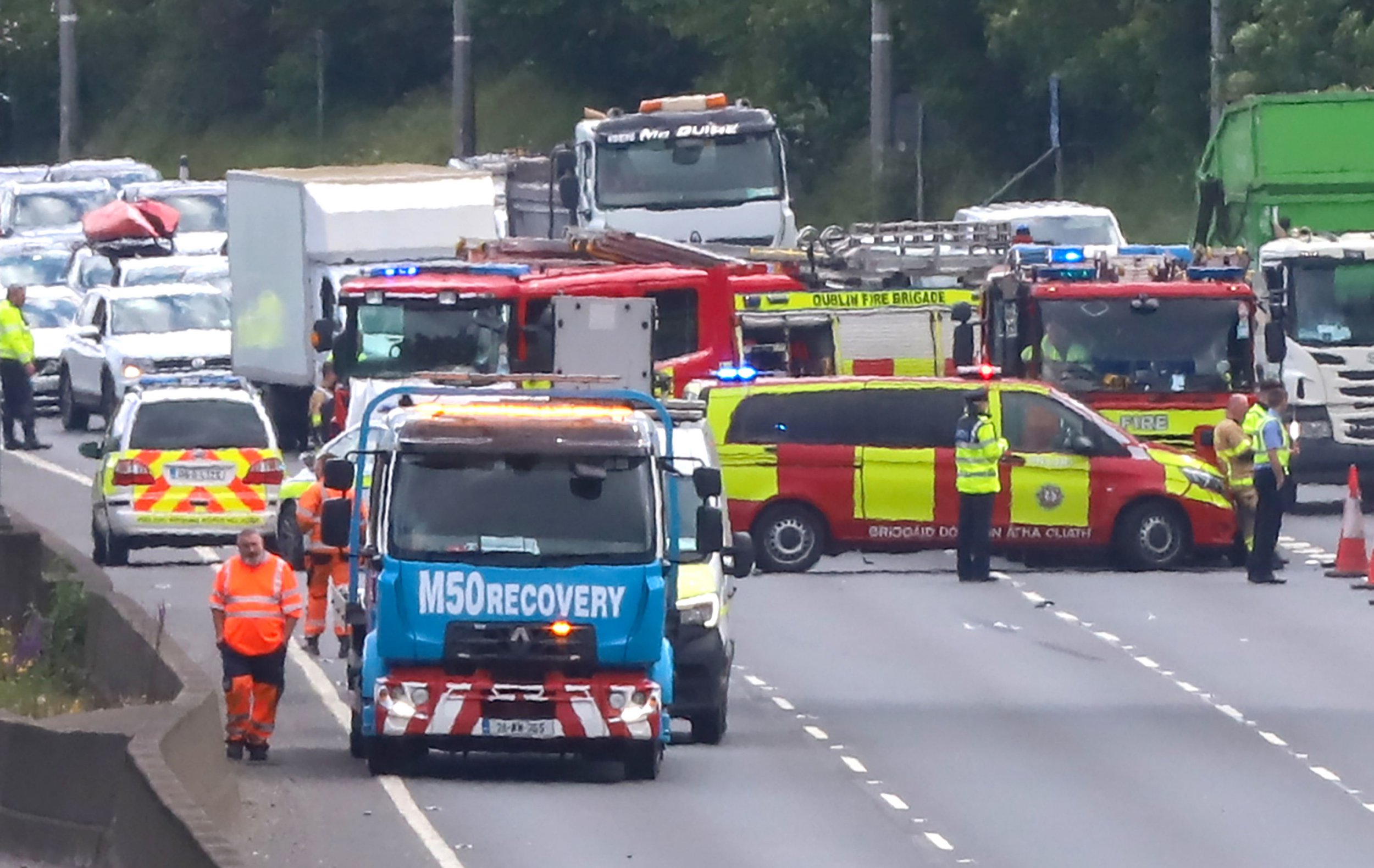 Two men on motorbikes have died after a crash on a motorway with a truck.

The men, one in his fifties and one in his sixties, both died at the scene on the M50 in Ireland.

The truck driver was not injured.

Gardai asked people not to share graphic images of the collision across social media and messaging services.

A spokesman for An Garda Siochana said appealed to the public not to do this as it is ‘disrespectful to the deceased and their family and friends’.

The road, which was closed for a number of hours as gardai investigated the incident, has now reopened fully.

Motorists were urged to avoid the area following the crash, which happened at around 2pm.

All lanes have fully reopened N’bound at J9 Red Cow following this afternoons fatal traffic collision. Our thoughts and prayers are with the families of the deceased.
Ar dheis DÃ© go raibh a anam dÃ­lis

Forensic Collision Investigators have concluded a technical examination of the scene, gardai said.

Earlier on Friday, garda traffic Twitter account stated that the M50 Northbound would be closed for a number of hours while emergency services attend the scene.

‘Traffic travelling on the N7 Northbound should also try to avoid the area or take an alternative route,’ it added.

I partied with Andy Carroll and we slept in same bed – I did not recognise him when we met, he is hardly Jack Grealish

How I Made It: 'I'm a forensic psychiatrist – studying the minds of criminals'
Recent Posts