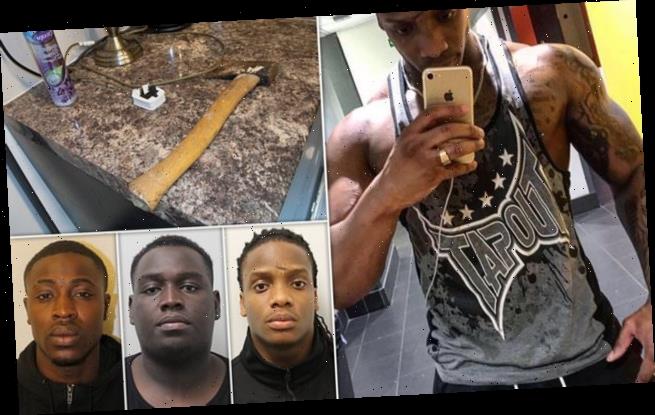 Two thugs who raped two prostitutes are jailed for 33 years

A pair of brothel raiders who threatened two sex workers with an axe before raping and robbing them have been jailed for 33 years.

Edmilson Caimanque, 23, David Fonseca, 27, together with Adilson Mendes-Namdja-Uare, 23, and an unidentified fourth man posed as customers before barging into the brothel in Hackney, north east London.

Mendes-Namdja-Uare had worked as a security guard for the brothel, so he knew the locations of the CCTV cameras and an axe which was kept hidden for emergencies.

Armed with the axe and a knife they placed plastic bags over the victims’ heads and tied them up on their beds.

Fonseca, Caimanque, and the unidentified security guard raped the terrified victims on their beds before demanding more money from them. 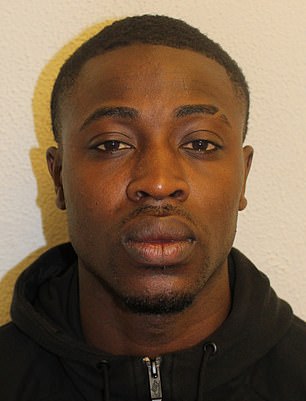 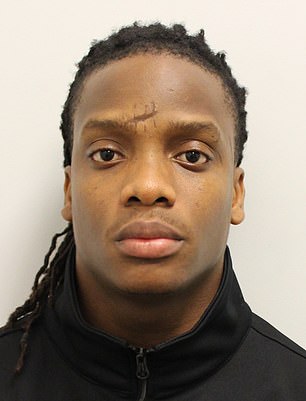 David Fonseca, 27, (pictured) was found guilty of one charge of rape and was sentenced to a total of 15 years imprisonment

Caimanque asked one victim why they did sex work, and told them: ‘It’s dangerous work, you could die at any time’.

The women attended a sexual health clinic the next day where a nurse called the police.

Caimanque and Fonseca pulled down the CCTV system before they left and took it with them.

But they were caught because they left their used condoms behind and their fingerprints were found on the bags placed over the women’s heads.

Mendes-Namdja-Uare was owed wages for his security work and organised the raid. 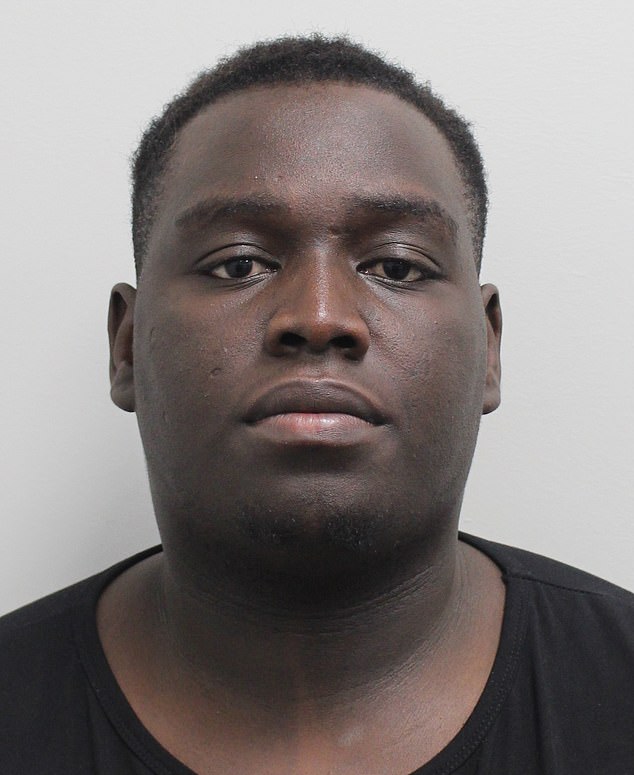 Adilson Mendes-Namdja-Uare, 23, (pictured) was sentenced to 10 years imprisonment for the robbery

Speaking of her trauma one victim said: ‘I am much more aggressive than I used to be.

‘Now I have a sensation of distrust in all men. I used to go out with my friends, now I prefer to stay in my room alone.’

The other victim said: ‘The day of the rape, I had a sense that if I resisted more, the man would done much more harm to me.

‘I feel vulnerable on the street, even in the day, especially with men around me.

‘I have the sensation someone is following me. Previously I did not understand paranoia, now I understand how unpleasant it can be. 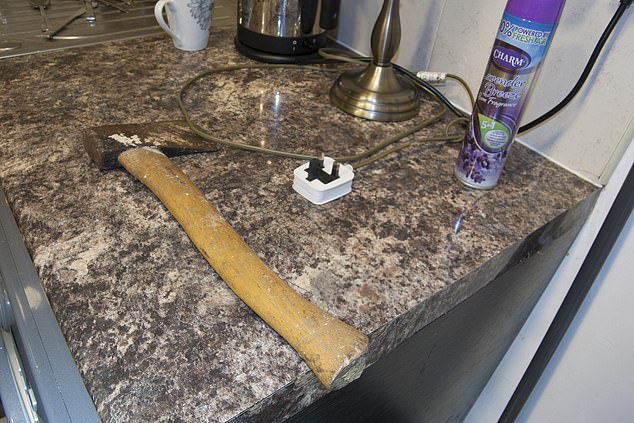 ‘I still see the face of my attacker, I can’t get rid of it.

‘I could stay in bed all day long slowly deteriorating, luckily I have my son to motivate me.’

Describing the attack on 12 June 2019, prosecutor Maximilian Hardy said: ‘This was a coordinated attach on both victims.

‘Mr Mendes-Namdja-Uare played a leading role in the planning and execution of the robbery.

‘By bringing Mr Caimanque and Mr Fonseca as back-up, Mr Mendes was using them as enforcers to carry out the robbery.

‘Without him organising the offence, the victims would not be raped by his co-defendants.’

During the sentencing at Wood Green Crown Court Judge Kalyani Kaul said: ‘These women were betrayed by those who knew they were vulnerable, and had only been in this country for a number of days, in the case of one victim.

‘Sex workers are as protected by the law as anyone else.

‘Looking at the three of you, you would not expect your mothers, your sisters, your girlfriends to be treated like this. 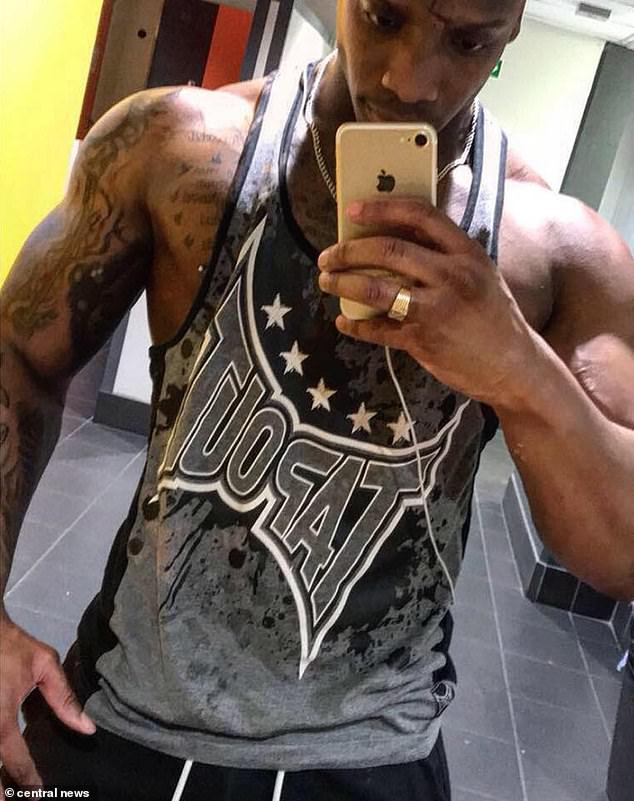 Fonseca (pictured), Caimanque, and the unidentified security guard raped the terrified victims on their beds before demanding more money from them

‘As far as the robbery is concerned, you were the certainly the prime mover, without you there would not have been any offences that night.’ Judge Kaul told Mendes-Namdja-Uare.

‘You knew the women didn’t work there regularly, they didn’t know you, you didn’t know them.

‘You told one victim she had to have sex with one of your accomplices, this was happening under your direction.

Turing to Caimanque, Judge Kaul said: ‘What possessed you to cruelly degrade these women is beyond me.

‘It is difficult for me to understand how you could treat these women in the way you did when you would never do so to your own family.

Fonseca was told: ‘There is nothing I can sentence you to which will make up for what you did that night.

‘I pay tribute to both victims for the brave and dignified way they gave evidence before this court. No-one should ever have to go through this sort of treatment.

The women offered sexual services at the basement flat via the website Vivastreet and had only worked at the property for three days before the raid took place.

Caimanque, Fonseca, and Mendes-Namdja-Uare, all of no fixed address, denied but were convicted on 12 February of two counts of robbery; namely stealing a Samsung Galaxy S7 and a total of £1,250 in cash. 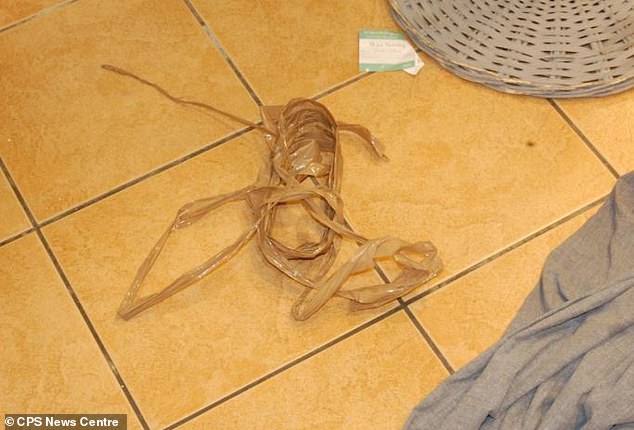 The women were ‘tied up with tape, (pictured) had bin bags placed over their heads and then they were horrifically raped and robbed’, Oliva Ball, of the Crown Prosecution Service, said. 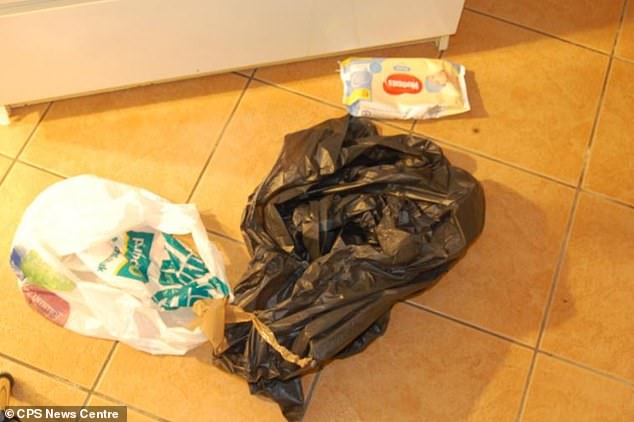 The women offered sexual services at the basement flat via Vivastreet and had only worked at the property for three days before the raid took place. Pictured: Scene after attack

Caimanque also denied but was convicted of two counts of rape, and was sentenced to a total of 18 years imprisonment.

Fonseca denied but was found guilty of one charge of rape and was sentenced to a total of 15 years imprisonment.

Mendes-Namdja-Uare was sentenced to 10 years imprisonment for the robbery.

All three men will serve two-thirds of their sentence before being automatically released on licence, while Caimanque and Fonseca will remain on the Sexual Offenders’ Register for life.

Oliva Ball, of the Crown Prosecution Service, said: ‘This was a terrifying ordeal for the victims. They were tied up with tape, had bin bags placed over their heads and then they were horrifically raped and robbed.

‘The prosecution case included DNA evidence from the condoms that Caimanque and Fonseca had left behind.

‘Fingerprints from these defendants were also found to match fingerprints on bags left at the scene, contradicting the defence claim that Caimanque and Fonseca had partaken in consensual sex for which they had paid.

‘Despite the attackers taking the building’s CCTV system, the prosecution was able to show that all three defendants were in the area at the time of the incident by piecing together CCTV from other cameras in the vicinity.’

Detective Sergeant Adam Knott from the Met’s Central East Public Protection unit, said: ‘These men attacked two women who were sleeping in what should have been the safety of their own home.

‘The evidence gathered, during what was an extremely complex and detailed investigation, led to the identification of all three defendants.

‘The conviction and subsequent sentencing of these men is testament to the bravery of the two women who were attacked and I commend them for coming forward to report these horrendous crimes.

‘The resulting sentence against these dangerous offenders may well have prevented other women from being harmed.’