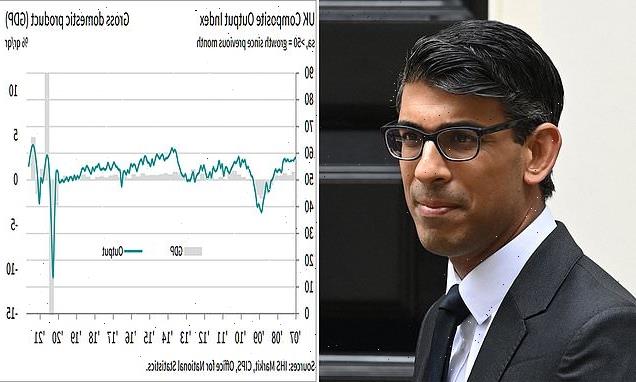 Is the Covid recovery stalling? UK growth slumps to lowest level in SIX MONTHS amid shortages of staff and materials

The UK’s Covid recovery appears to be stalling as companies struggle with shortages of staff and materials, figures revealed today.

The closely-watched IHS Markit/CIPS flash PMI dropped to 55.3 from 59.2 in July, the third monthly dip and the lowest in six months.

Although anything above 50 in the index represents growth and there were welcome signs inflation might be cooling, the figure was below the expectations of analysts who had pencilled in 58.4.

And experts pointed to clear signs the bounceback is losing momentum after a buoyant second quarter.

Chancellor Rishi Sunak will be watching the numbers anxiously as he tries to steer a path between stabilising the government finances and stimulating the economy. 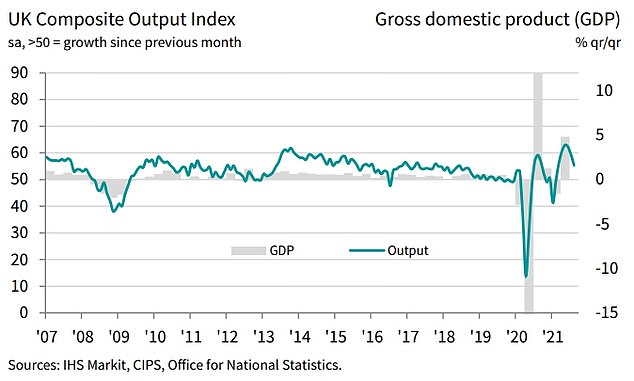 The closely-watched IHS Markit/CIPS flash PMI dropped to 55.3 from 59.2 in July, the third monthly dip and the lowest in six months

Chris Williamson, chief business economist at IHS Markit, said: ‘Despite COVID-19 containment measures easing to the lowest since the pandemic began, rising virus case numbers are deterring many forms of spending, notably by consumers, and have hit growth via worsening staff and supply shortages.’

The equivalent PMI for the eurozone showed a much more limited easing, from 60.2 to 59.5.

Companies have complained that the ‘pingdemic’ has been causing major problems with staffing – although the requirements were dropped for the double-jabbed from August 13.

In a more optimistic sign, the PMI employment growth measure hit its highest since the series began in 1998 as furloughed workers returned, and businesses were more optimistic about future output.

The Bank of England is watching to see whether a jump in inflation turns into more stubborn price growth.

The central bank said earlier this month it expected ‘modest monetary tightening’ would be needed over its three-year forecast period.

The fall in the PMI was mostly driven by services firms who make up the bulk of Britain’s economy.

Manufacturing dipped only slightly although automotive and electrical goods production fell into decline mainly due to supply constraints.

Data for the survey were collected between August 12 and August 19. 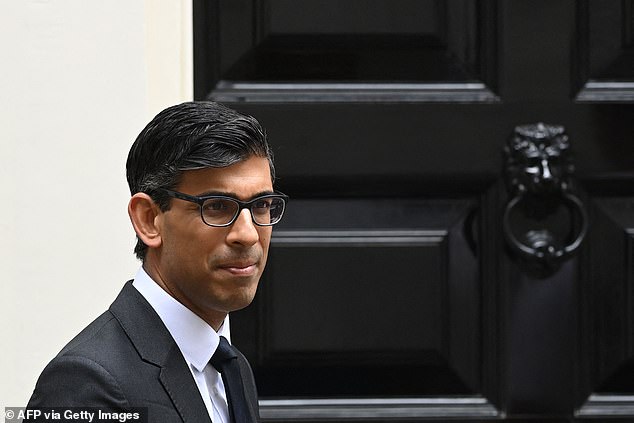 What We Know About Barron Trump’s New School
Recent Posts