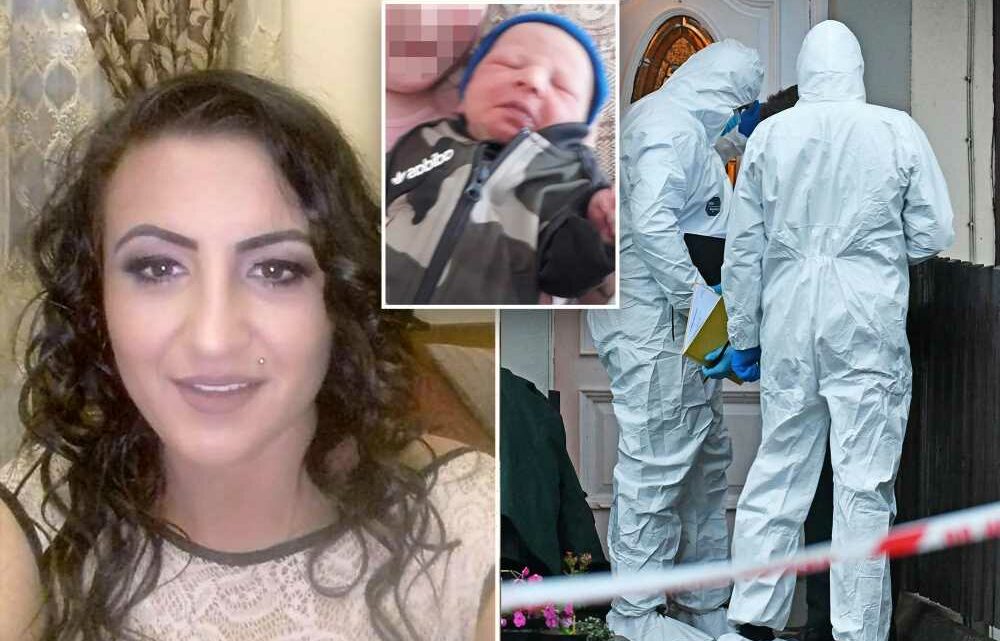 A Harvey Weinstein opera may be coming to New York City

A UK woman was charged Friday with murder for allegedly stabbing her 8-week-old son to death in a shocking attack that also left her 2-year-old daughter wounded, according to reports.

Romanian-born Raluca Ioana Tagani, 29, made a virtual appearance before Belfast Magistrates’ Court, where she was formally charged with murder and attempted murder, BelfastLive reported.

Tagani was accused of fatally stabbing Liam O’Keefe on Tuesday at Brompton Park in the Ardoyne area of Belfast in Northern Ireland. The baby was pronounced dead at the scene, according to the outlet.

The girl has been hospitalized in stable condition after the brutal attack, which took place about 8 p.m.

The suspect, who also was treated for unspecified injuries, was later questioned by police and made a remote appearance in court as several members of the O’Keefe family watched the brief hearing.

Tagani showed no emotion as she nodded and replied “yes” through an interpreter if she understood the charges against her, according to BelfastLive.

Liam’s half-sister described her family’s heartache after she said her brother was stabbed “repeatedly.”

“They were meant to be having the baby’s christening soon — and now it’s going to be a funeral, she told The Sun from her Wolverhampton home in England. “He was only eight weeks old so I didn’t get to meet him.”

She added that her dad “is in absolute bits.”

“Liam was a beautiful baby. I just can’t get my head around it. We are all devastated,” she said.

“On Tuesday, when it happened, my dad was standing in my sister’s kitchen. She was in the bath and she heard a scream, which was my dad,” the half-sister told The Sun. “My sister rang the emergency services in Northern Ireland and they sent a rapid response out.”

She said she held her dad as he cried.

“The police and ambulance came to check how he was. My dad’s a big man and he never displays his feelings. To see him like that was just horrific,” she said, the Mirror reported.

O’Keefe rushed to the Northern Irish capital after receiving the devastating news.

“To all the neighbors and the full community for all their help and support, I really appreciate it all,” the grieving father told a vigil Thursday night.

“Holding this vigil means the world to me. I am truly heartbroken but it gives me the strength to know you are all giving so much love and support. Thank you from the bottom of my heart,” he said.

The accused killer’s attorney Sean Mullan told the court his client was not making an application for bail. Tagani’s next court appearance is scheduled for Aug. 27.

Some locals had helped police before ambulances arrived after the bloodbath.

Detective Chief Inspector Chris Millar thanked the tight-knit community “for their unwavering support and patience while we continue our investigation into the tragic events of Tuesday evening and I continue to ask that anyone who has any information to contact us,” according to BelfastLive.

COVID carrots and sticks: how business, sport and the arts are grappling with vaccines
Recent Posts