London: A “shady network” of family and business associates that Britain alleges is supporting the luxury lifestyle of Russian president Vladimir Putin has been slapped with travel bans and asset freezes as the nation’s political class grapples with its own relationship with Moscow’s money.

Seven Putin family members – including several cousins, his ex-wife, his rumoured partner and her grandmother and five financiers were hit with new sanctions by the British government, adding to measures imposed on Russian oligarchs, companies and state institutions since Moscow attacked Ukraine on February 24. 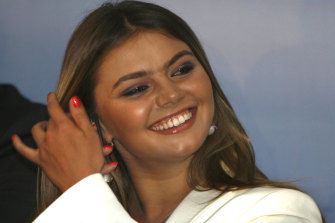 Also on the list is Lyudmila Ocheretnaya, Putin’s former wife, who the UK said had “benefited from preferential business relationships with state-owned entities and exhibited significant unexplained wealth” since her 2014 divorce.

The sanctions came a day after it was revealed that one of Boris Johnson’s biggest donors was flagged to authorities over suspicions the ultimate source of a six-figure donation was a Russian bank account.

Millionaire art dealer Ehud Sheleg has bankrolled the Conservative Party to the tune of more than £3.5 million ($6.19 million) since 2017 and his cash helped Johnson secure his landslide victory in the 2019 election. 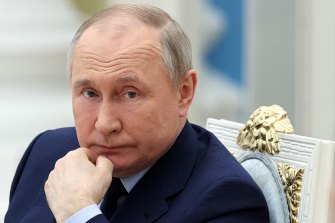 But The New York Times alleges a donation of £450,000 in February 2018 was flagged to the National Crime Agency by Barclays Bank, who say the cash originated in the Russian account of his father-in-law Sergei Kopytov.

Kopytov, now a property mogul, was a senior politician in the previous, pro-Kremlin government of Ukraine.

A Tory spokesman said the party only accepted donations from permissible sources and donations were properly and transparently declared to the Electoral Commission, openly published by them and complied fully with the law.

In further dodgy links to Russian money, Boris Johnson’s government has also been accused of a “cover-up” by withholding security advice on Evgeny Lebedev’s peerage on “national security” grounds. 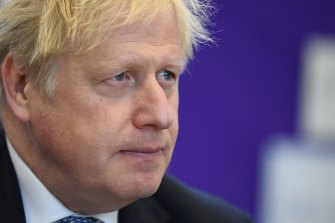 MPs voted in March to force the publication of secret documents, amid claims the security services had raised concerns about the Russian-born mogul.

Lord Lebedev has denied posing a “security risk” to the UK, and said after MPs backed Labour’s demand for full disclosure that he had “nothing to hide”.

The Foreign Office said on Friday that the UK government had imposed sanctions on more than 1000 individuals and 100 entities since the invasion of Ukraine, including oligarchs worth £117 billion (AU$206.7 billion).

“We are exposing and targeting the shady network propping up Putin’s luxury lifestyle and tightening the vice on his inner circle,” Truss said.

“We will keep going with sanctions on all those aiding and abetting Putin’s aggression until Ukraine prevails.“

The has been much speculation about Putin’s personal wealth, including allegations by jailed Russian opposition activist Alexei Navalny that he owns a vast palace on Russia’s Black Sea coast.

The British foreign office said that official records listed only “modest assets” for the Russian leader, including a small flat in St Petersburg, where Putin grew up, two Soviet 1950s cars, a trailer and a small garage.

“In reality, Putin relies on his network of family, childhood friends, and selected elite who have benefited from his rule and in turn support his lifestyle,” it said.

The group’s reward was influence over the affairs of the Russian state that went “far beyond” their formal positions, it added. “Today’s sanctions will hit this cabal who owe Putin their wealth and power, and in turn support Putin and his war machine,” it said.

Putin said on Thursday that the West had triggered a global economic crisis and a wave of ruinous inflation by imposing on Russia the most severe sanctions in recent history over the conflict in Ukraine.

He said imposed sanctions fomenting a global crisis would whiplash against the European Union and trigger famine for some of the world’s poorest countries.

Others targeted included Anna Zatseplina, Kabaeva’s grandmother, who the UK authorities said was associated with Gennady Timchenko, a main oligarch supporter of Putin’s government. Igor Putin, the president’s first cousin, is also now subject to a travel ban and asset freeze, as are Roman Putin and Mikhail Shemolov, first cousins once removed. Another target is Mikhail Putin, a senior executive at Sogaz Insurance, a previously sanctioned group, and Gazprom, the state-controlled energy giant.

The UK and EU had previously co-ordinated internationally to maximise the effectiveness of their sanctions against Russia, but there was no immediate announcement from Brussels matching them.