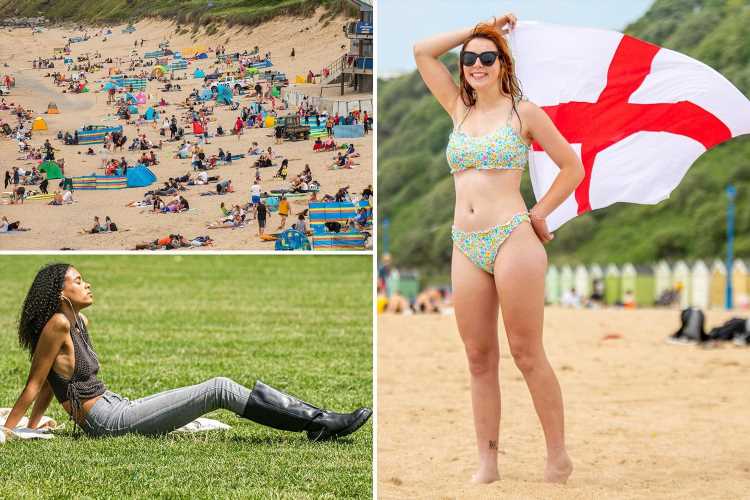 PLEASANT 25C sunshine today is to give way to thunderstorms and heavy showers in a summer weekend washout.

The unseasonable weather could spoil the barbecue plans of millions of football fans tomorrow evening as they watch England's Euro 2020 quarter-final match against Ukraine.

🔵 Read our UK weather live blog for the latest forecasts 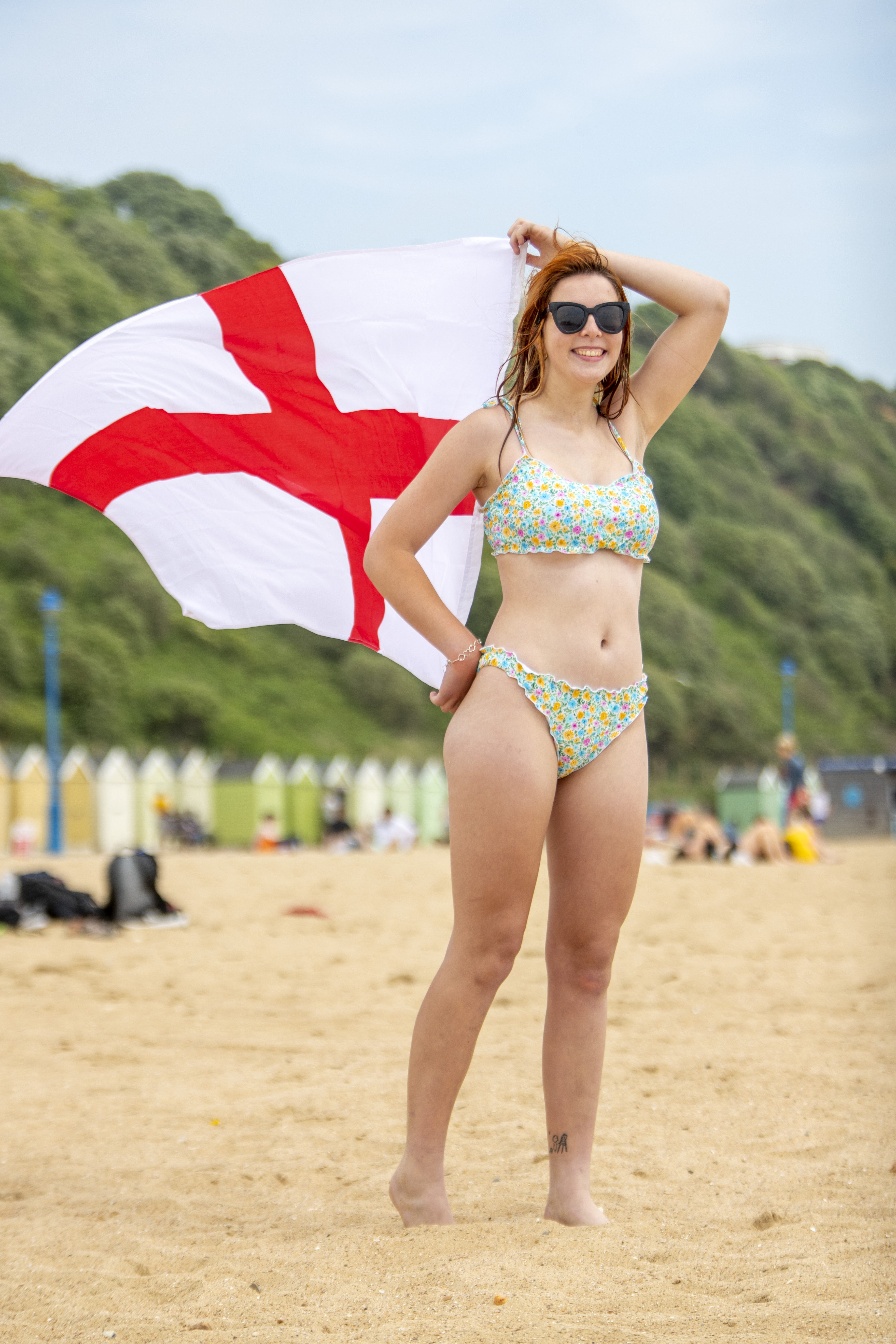 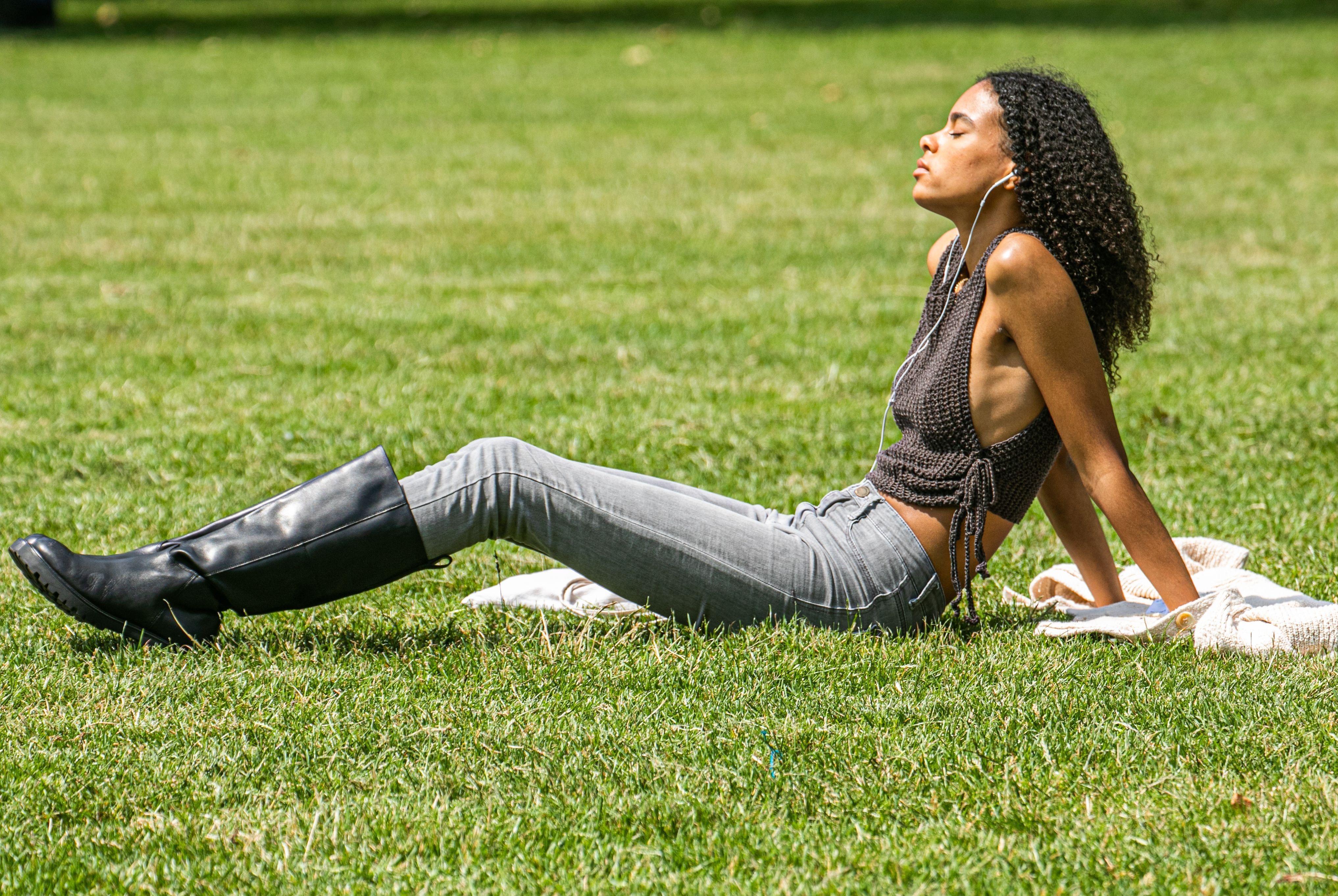 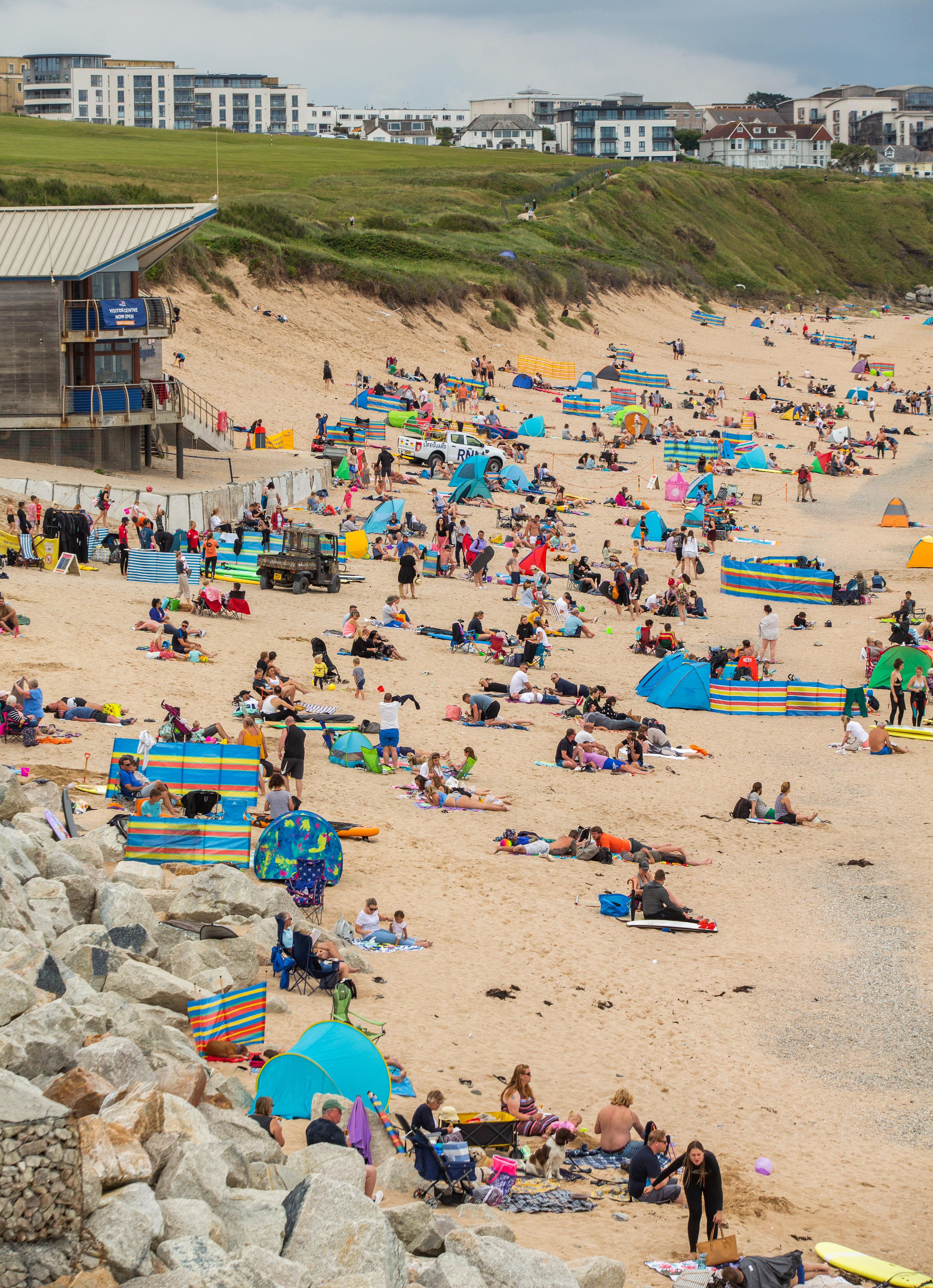 A yellow weather alert for central and south west England warning people of flooding to homes and businesses, delays or cancellations to transport services and a danger that communities may become "cut-off".

Met Office forecaster Tom Morgan said: "Over the weekend much of the UK will see some unseasonably wet weather following a fine day on Friday.

"We have two yellow weather warnings in place, the first covering the south-west of England including parts of Cornwall, Devon and Bristol, which will see heavy and persistent downpours and even some flooding from Saturday afternoon.

"Another warning of thunderstorms will cover large swathes of central England, spanning from the south to north, starting from 6am on Saturday.

"These areas will see scattered, heavy showers, thunderstorms and even some hail."

Mr Morgan said the conditions are due to an area of low pressure over the UK, brought about by a jet-stream bringing changeable, wet weather. 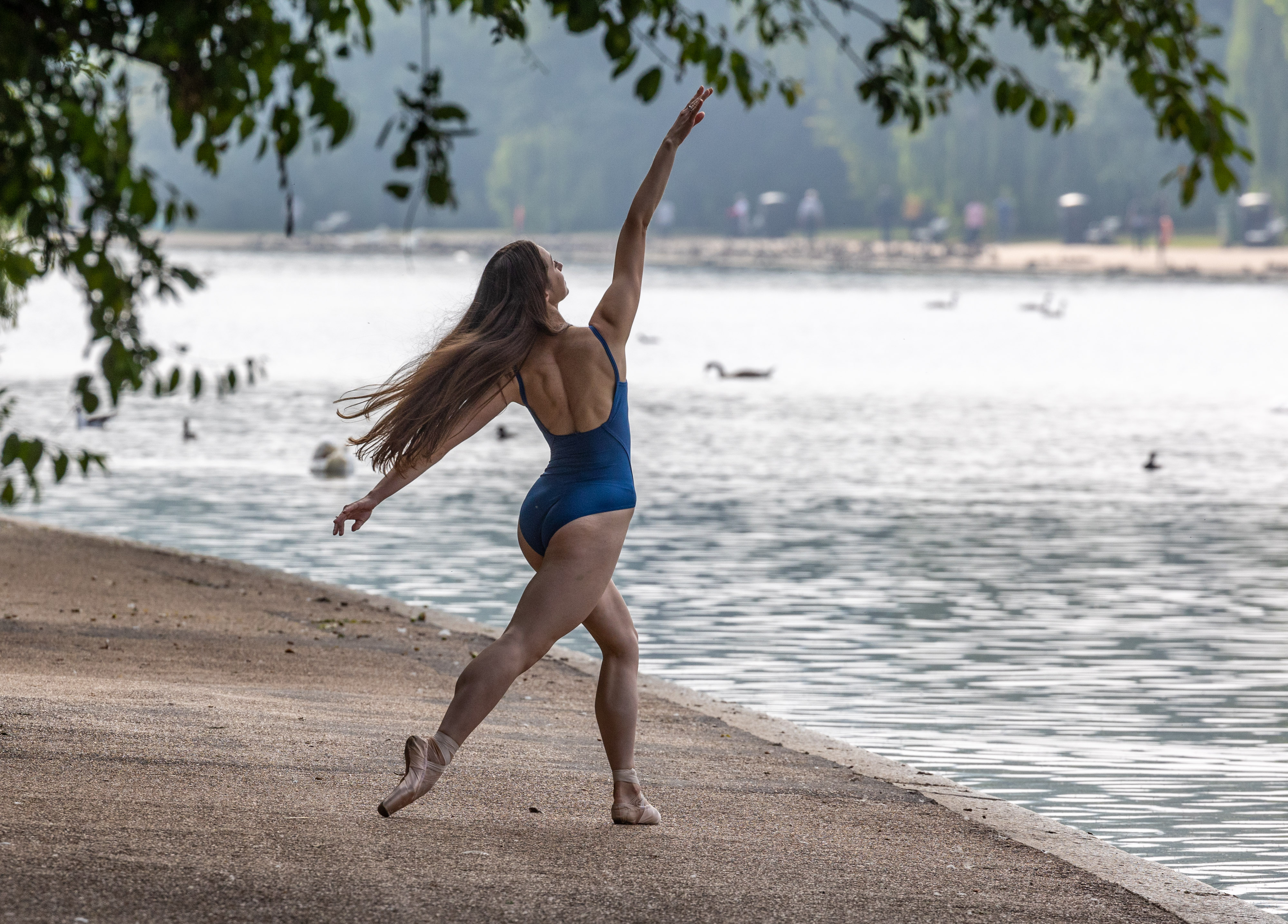 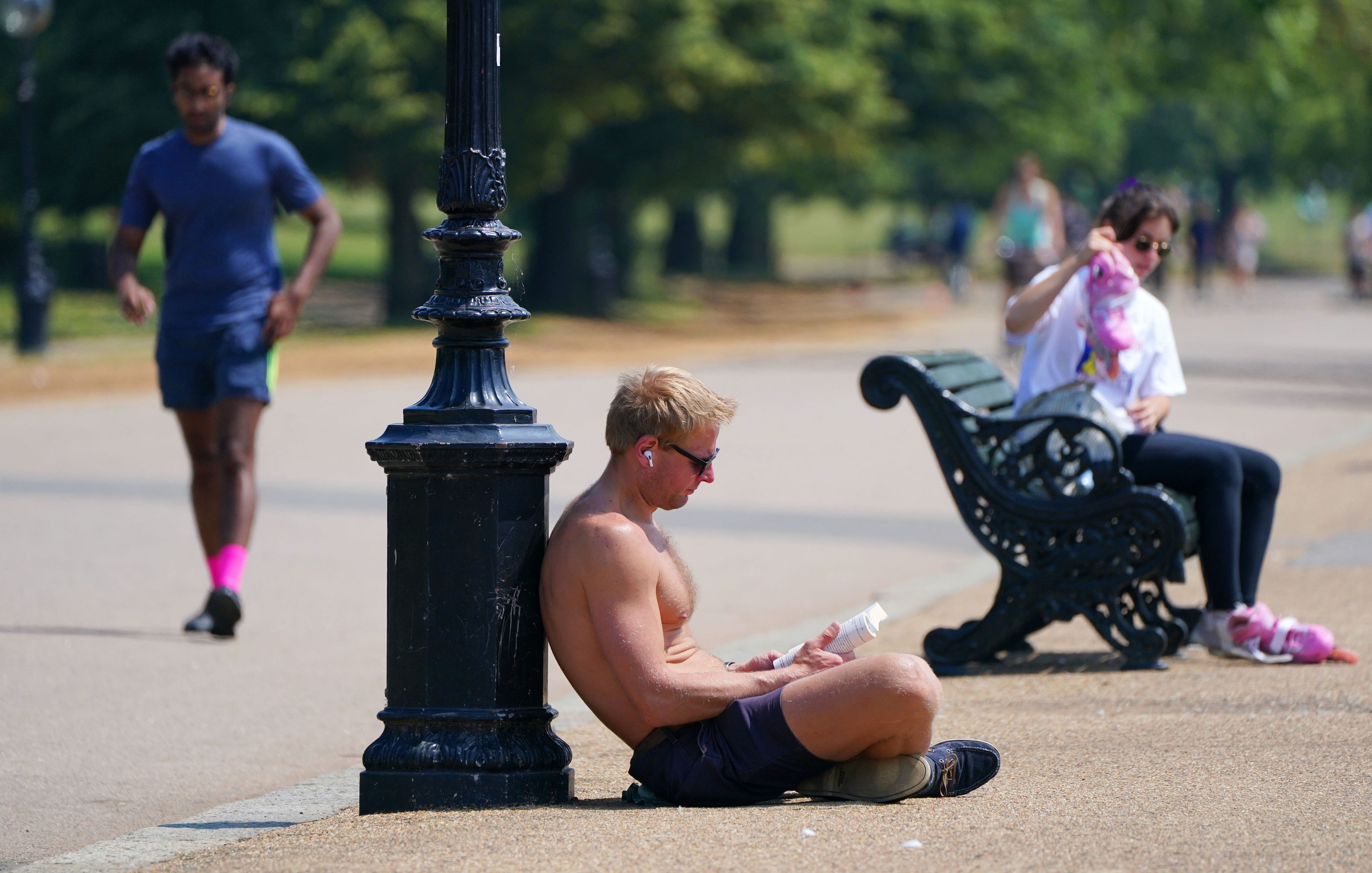 Mr Morgan added: "There are quite a few sporting events over the weekend, including England's Euro 2020 match against Ukraine in Rome at 8pm on Saturday.

"While the players will be playing in 28C temperatures, back in England spectators in pubs and fan zones will be hit with heavy downpours.

"It may also be a washout for tennis-goers at Wimbledon, who I'd advise have an umbrella to hand, despite there being some sunny spells."

Those in Wales will be hit with wet and even thundery conditions on Saturday, while parts of Scotland and Northern Ireland will see mostly cloudy conditions along with some rainfall.

Mr Morgan also went on to warn of similar wet conditions for parts of the UK on Sunday, going in to Monday.

But sun-starved Brits should not give up on their hopes for hot sunshine,

Hot air from Africa and Europe is expected to arrive in the UK in the second half of July, which could send the mercury soaring as high as 28C in London. 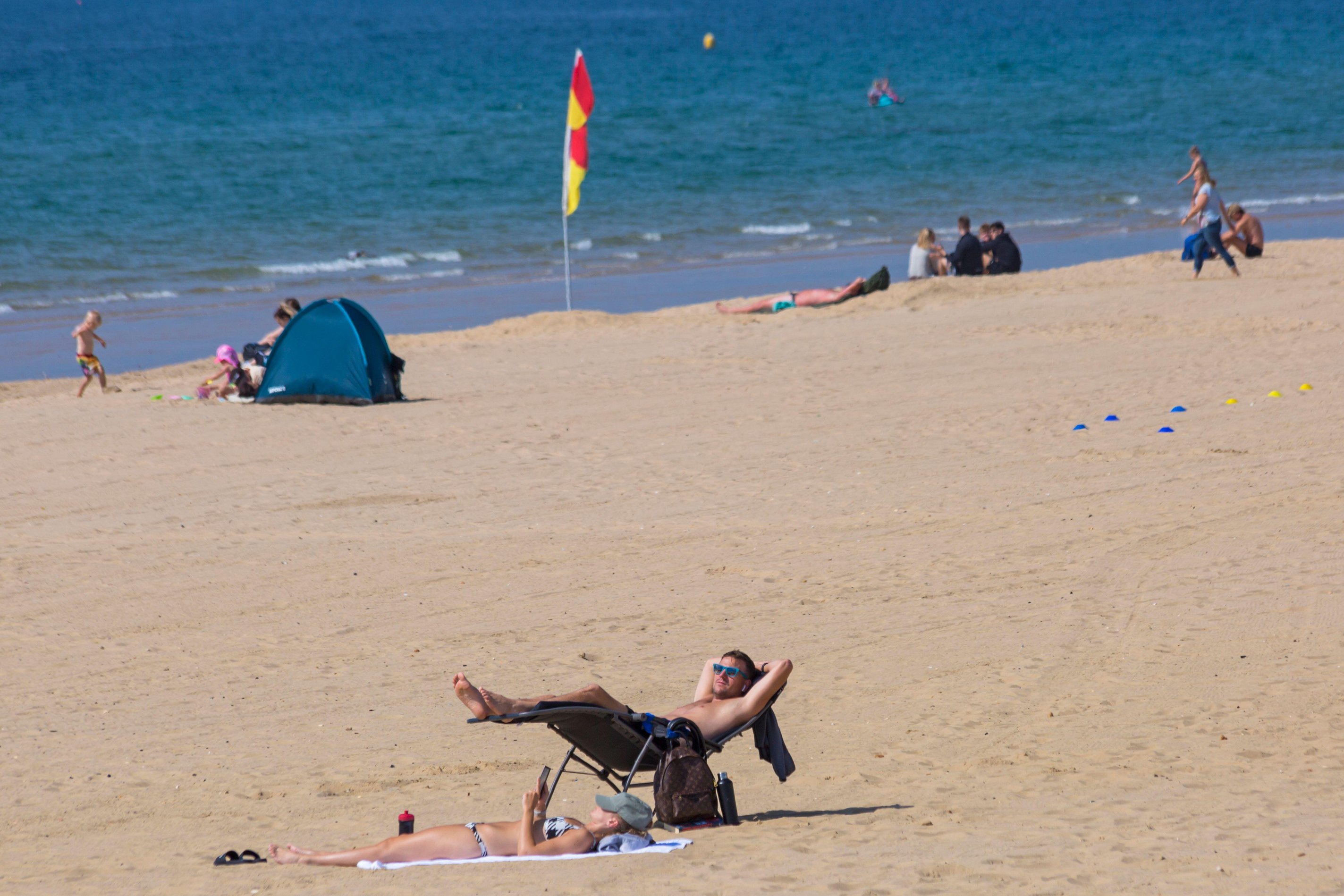 According to the Met Office, Brits can expect “fine and dry” weather during this period with temperatures above average.

It follows a June of two halves – with Brits enjoying blazing sunshine before miserable weather in the past fortnight.

London had double the amount of rain it would normally expect in June at 97.1mm, while parts of Hampshire and the Isle of Wight had more than three times their average rainfall for the month.

Hours of sunshine across the UK were close to or above average for most regions, the Met Office said, with a few duller areas in the west.