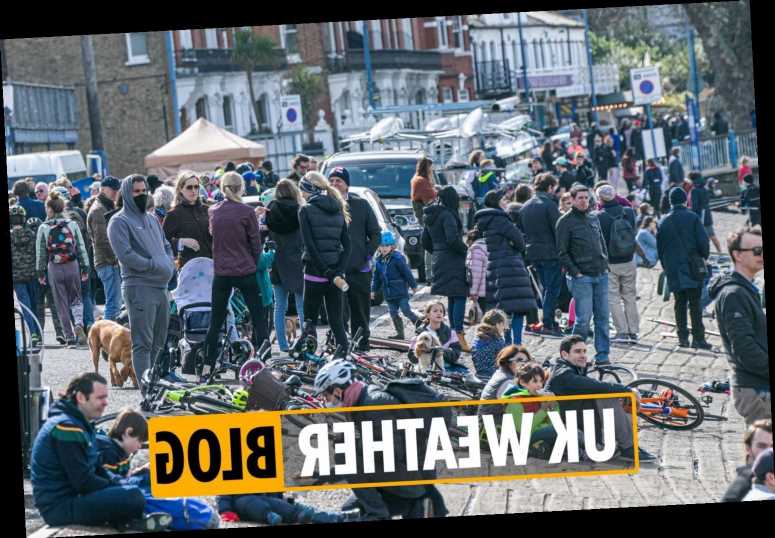 Brits have flocked to parks and beaches today for a taste of freedom ahead of the easing of lockdown restrictions on Monday.

The country is set for a scorching 24C heatwave as the Rule of Six returns next week.

Londoners were pictured out and about on Wimbledon Common taking advantage of the crisp, dry weather this morning.

The Met Office said the mercury could rise to 24C in south-east England by Tuesday, which could make it only the second day in March that the temperature has reached this high in records going back to 1884.

Both Coral and Ladbrokes have slashed their odds, predicting this spring will be the warmest ever in the UK.

Matt Chapman horse racing tips: This 10-1 shot can go close in Lincoln at Doncaster plus best bets for ITV racing