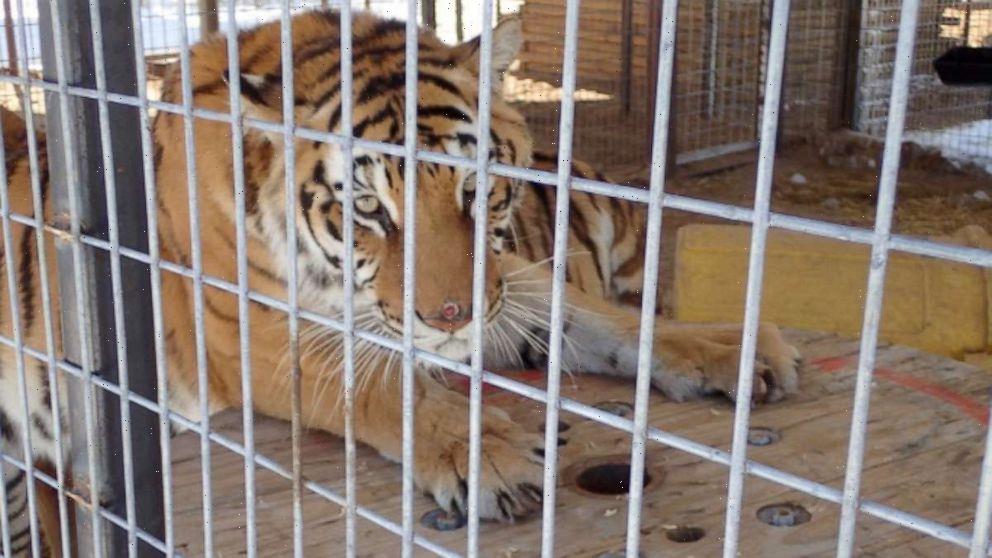 The Justice Department on Thursday announced the seizure of 68 protected big cats rom Jeffrey and Lauren Lowe’s Tiger King Park in Oklahoma, related to what the government described as their ongoing violations of the Endangered Species Act.

In a statement, the department said it is seeking civil forfeiture of the animals after several inspections of the park found the Lowes allegedly failed to provide animals with proper veterinary care, nutrition and shelter to protect them from bad weather.

The animals included lions, tigers, lion-tiger hybrids and a jaguar, according to authorities.

In an affidavit, investigators detail allegations of disturbing conditions they documented for some of the big cats — observing some who showed signs of high anxiety and stress, with several losing their hair and showing signs of weight loss, while others had signs of untreated wounds.

Lowe had previously taken over the Greater Wynnewood Exotic Animal Park from Joseph Maldonado-Passage, otherwise know as “Joe Exotic,” who was the basis for the viral 2020 Netflix documentary “Tiger King.”

Maldonado-Passage is currently serving prison time after being convicted for attempting to hire a hitman to kill Carole Baskin, a big-cats rights activist who sought to highlight poor treatment of animals.

Last November, the Justice Department filed a civil complaint against Lowe and his wife for violating the Endangered Species Act and Animal Welfare Act.

In a court hearing last week, a judge found both in contempt for violating an order that sought to bar them from breeding or exhibiting any more big cats and to hand all of their animals over to the government, according to the Associated Press.

With the two facing a $1,000 per-day fine, an attorney for the Lowes said they were willing to give up the big cats, resulting in the seizure announced by the Justice Department Thursday.

Lindsey Vonn and Diego Osorio are ‘having fun,’ ‘seeing where it goes’
Recent Posts