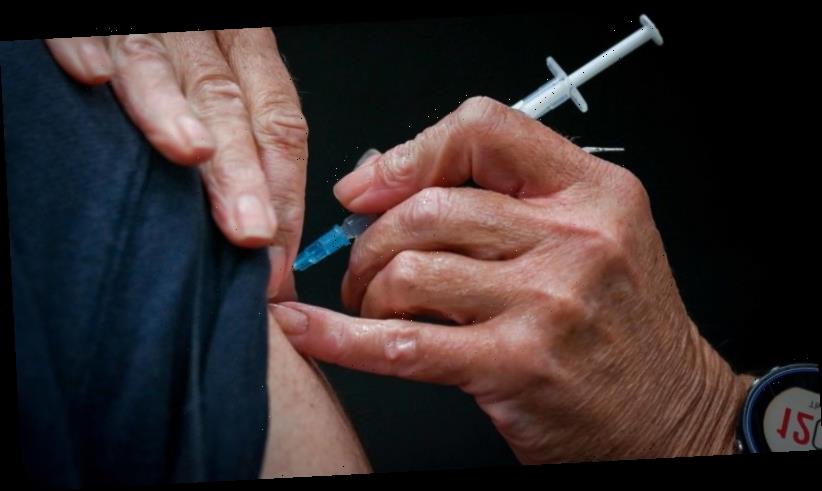 Major vaccination hubs have scaled back or closed over the Easter long weekend amid claims from the Victorian government it is so far ahead in its frontline worker milestones it can leave vials waiting in the fridge.

General practitioners and their staff, meanwhile, are working outside regular business hours to keep up with demand from members of the public who are being turned away from Victorian government-run hubs. 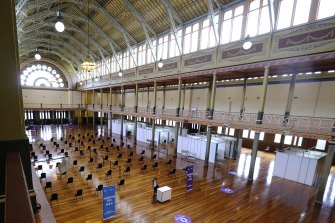 Only 1015 shots were given out in state-run hubs on Good Friday compared to 7512 the day before. A Health Department spokesman said Friday’s small total reflected typical public holiday or weekend rates.

But more than 2000 vaccinations were administered on both the Saturday and Sunday of the previous weekend.

Metro hubs such Monash Health, Western Health, Austin Health and Barwon Health have closed all or some of their vaccination sites over the long weekend.

Austin Health decided to close its clinic for all four days to give staff a rest, despite previously saying it would run seven days a week.

Monday will mark two weeks since the beginning of phase 1b, in which some members of the public who are not frontline workers can get access to a vaccine.

But under the national rollout design of phases 1a and 1b, the Victorian government is currently only responsible for vaccinating frontline workers such as health staff, police, defence members and other emergency services workers.

Anyone else who now qualifies under 1b, such as members of the public over 70 years of age and First Nations people older than 55, are being directed to GPs.

“Most of the GP vaccinations are being performed in parallel with usual business, so we’ve got to find time out of usual business hours,” Royal Australian College of General Practitioners president Karen Price said.

“GPs are working extra days and so are their staff.”

The Commonwealth and state governments have blamed each other this week for the slow national rollout. Supply constraints from overseas have contributed significantly to delays. Federal Health Minister Greg Hunt maintains the rollout is on track.

The Age revealed late last month that more than 20,000 high-risk Victorian healthcare workers, who were eligible in the first phase of the vaccine rollout, were still waiting to receive their first dose.

But the Victorian Health Department said it could afford to give staff extra downtime over Easter because it was exceeding its obligations in getting frontline workers inoculated.

“The rollout of the Commonwealth’s vaccine program at state-run sites in Victoria is ahead of schedule, and the trained health professionals administering these vaccines have been working incredibly hard since day one,” a spokesman said.

“Many hubs and high-volume centres will be vaccinating Victorians over the course of the Easter long weekend to ensure the program continues – including at two of the state’s largest sites at the Royal Exhibition Building and Sunshine Hospital.”

However, the Exhibition Centre is closed on Easter Sunday. The Sunshine hub was closed on Good Friday and Saturday but is open on Sunday and Monday.

Dr Price said the risk of people not showing up to appointments over the Easter long weekend, thereby wasting precious vaccine stock, was another issue to be considered by health authorities and doctors.

She said she had not heard many reports from GPs about people cancelling vaccine appointments after news spread about the Melbourne man taken to hospital with blood clots following an AstraZeneca jab.

Australian Medical Association Victorian president Julian Rait said on Saturday he had received only a handful of reports about cancellations.

Authorities continue to investigate the case but have “no evidence of causality”, Deputy Chief Medical Officer Michael Kidd said.