Home » World News » Vaccine passports are being trialed in the UK: Why are they so controversial? 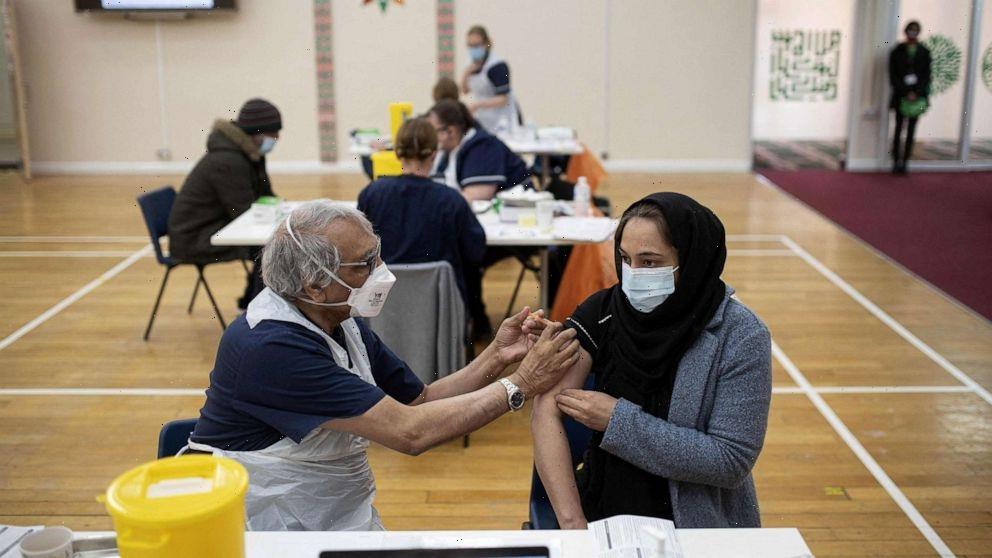 Vaccine passports are being trialed in the UK: Why are they so controversial?

LONDON — The U.K.’s cautious approach to returning life to normal entered a new phase on Monday with non-essential shops and outdoor seating for restaurants and bars in England opening for the first time in over three months of lockdown.

But one measure that could prove essential to making sure society stays open is proving highly controversial.

Vaccine passports, or “COVID Status Certificates” as they are officially known, are being trialed at major sporting events this month, with the hope that mass events can open as safely as possible, and could provide a model for the future. Similar schemes are being piloted in countries around the world with private companies in the U.S. now piloting schemes in several areas. White House Press Secretary Jen Psaki has said these will not be federally mandated.

But in Britain, a fiery debate between civil liberties advocates and the government is raging in a country that has administered the most successful vaccination program in Europe so far, as the plans raise fears around data privacy and vaccine inequality.

What are the plans?

News that several major sporting events held this month would be the laboratory for the “COVID Status Certificate” scheme sparked instant debate in the U.K. when the story broke in the Daily Telegraph. Aside from that report, the news of exactly where else the scheme, which “could potentially play a role in settings such as theatres, nightclubs, and mass events” according to an interim report, is being trialed. The most likely form they will come in is a smartphone app that will provide proof of vaccination or a recent negative coronavirus test.

Nadhim Zahawi, the vaccine minister, told Sky News this month that trialing the vaccine passports was “the right thing to do.”

The Cabinet Office, the branch of government heading up the review into the use of vaccine passports, said in a statement to ABC News that they would be presenting their findings to the U.K.’s Parliament later this month. The trial highlights a more cautious approach to the last time England exited a major lockdown in the summer of 2020, in which pubs, bars, restaurants and shops all opened on a July date dubbed “Super Saturday.”

The current plans will see indoor dining areas in England open on May 17 at the earliest, and no social restrictions at all on June 21. Scotland, Wales and Northern Ireland are all on their own similar paths, but despite the celebratory mood, the government has warned caution is needed to make the changes “irreversible.”

“The Government expects that COVID-status certification could be demonstrated by: an up-to-date vaccine status; a negative lateral flow or PCR test taken at a test site on the same day or the day before their admission to a venue; or by proof of natural immunity, such as through a previous positive PCR for a time limit of 180 days from the date of the positive test and following completion of the self-isolation period,” an interim report published by the Cabinet Office said.

The government has also announced a significant increase in the availability of rapid testing alongside the potential plans.

The plans have been met with an instant backlash by politicians across the spectrum and civil liberties organizations.

More than 70 lawmakers and several privacy groups signed an open letter opposing the government’s plans, and Sir Keir Starmer, the leader of the opposition Labour Party, said that he instinctively felt the certificates to be “un-British” in a recent newspaper interview.

Silkie Carlo, the director of Big Brother Watch, a civil liberties campaign group which co-signed the letter, told ABC News that the plans had sparked a “political tidal wave.”

“We have given up an awful lot over the last year,” she said. “People have made enormous sacrifices. But don’t tell us that we made all these sacrifices to enter this version of a new normal. Absolutely not. We made those sacrifices to make sure that everyone can be healthy, safe and free, and we are not going to be in any sensible sense free, if we are living under this kind of medical segregation in a check point society.”

“These events are either safe to open or they’re not safe to open, I think that’s the bottom line,” she said.

The plans have been met with a mixed reaction from businesses, too. Leaders of the U.K.’s major soccer leagues have indicated that certification may be necessary to get fans back into stadiums, while pub and restaurant business leaders have warned the plans could prevent “visiting the pub for months, unless they get themselves tested in advance.”

A vaccine passport tracker compiled by the Ada Lovelace Institute, an independent research organization based in the U.K., has aggregated information on potential vaccine passport plans in 41 countries, the EU, the African Union and among private companies. According to a poll from YouGov, 58% of Britons are in favor of vaccine passports, with 34% opposed, while the vaccine rollout is still ongoing.

Part of the reason they have not advocated their use so far is incomplete though promising data that vaccinated individuals will not transmit the virus, as well as ongoing debates about the ethical and economic impact, according to WHO spokesperson Dr. Margaret Harris.

“Now generally with a good vaccine you do see a reduction in transmission,” she told ABC News. “And we’re seeing some early data which suggests that this may well be happening, but we haven’t got the proof yet. So to put something in place [like a vaccine passport] that says yes, you’ve got this, you can’t transmit. We’re not there yet.”

The immediate debate, however, is what the “new normal” will look like in the domestic setting, and Carlo is convinced the plans could lead to a long-term, “illiberal” change to British society.

“As the saying goes, nothing is as permanent as a temporary government program,” she said.

What is a plus-up payment for stimulus checks and will you get one?
Recent Posts