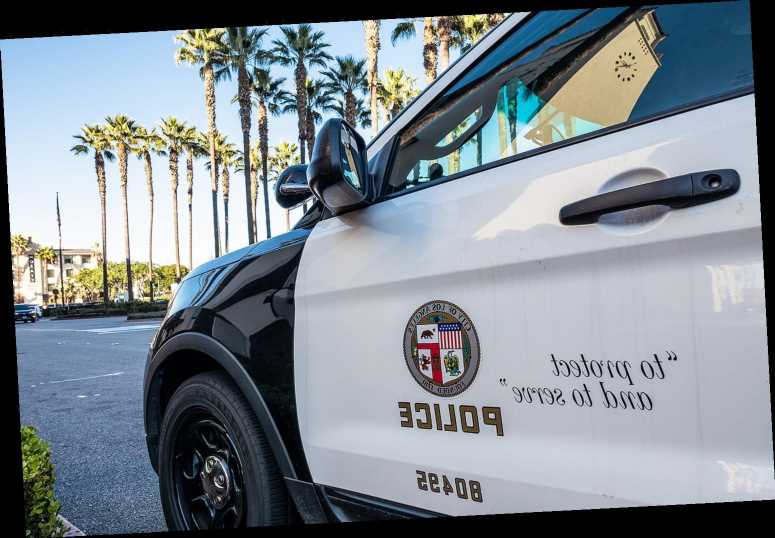 A federal judge ordered the release of an officer body camera video that shows LAPD officers arresting a Black music producer who was picking up trash cans outside his home. At the time, officers were responding to a call for a restraining order violation where the perpetrator was allegedly the ex-boyfriend of the Black man's neighbor.

The video was unsealed in connection with a federal lawsuit filed against the City of Los Angeles and LAPD officers, which alleges the civil rights of music producer Antone Austin, 42, were violated and he was subjected to excessive force.

"It was racial profiling,'' Faisal Gill, who is representing Austin and his girlfriend Michelle Michlewicz in the lawsuit, told Fox11. "No question about it and to add injury to insult they arrest my clients, put them in jail … Even the woman who called 911 tried to tell the officers that they had the wrong person."

Austin, who is known as Tone Stackz, and Michlewicz were taken into custody on charges of resisting arrest after the May 24, 2019 incident, the Los Angeles Times reports.

According to the Times, the Los Angeles city attorney's office, which represents the LAPD in the lawsuit, was against the release of the video, arguing that  it would "be contrary to LAPD policy and may have a chilling effect on future LAPD investigations."

The lawsuit, which was obtained by PEOPLE, alleges that as soon as the officers arrived they began directing commands at Austin who "explained that his neighbor called the police and it had nothing to do with him."

"Police then began applying excessive force to Mr. Austin, in attempts to restrain him despite Mr. Austin's actions of compliance," the lawsuit alleges.

According to the lawsuit, the neighbor who allegedly called the police came outside and allegedly told police that Austin was not the suspect.

"Despite knowing that he was not the suspect to which they were looking for, they continued to place Mr. Austin in handcuffs and place him in the back of a police vehicle," the lawsuit states.

"During the incident on May 24, 2019, at around 3:00pm, LAPD officers continuously assaulted and placed Mr. Austin in severe apprehension of fear of bodily harm to himself and his girlfriend and assaulted Ms. Michlewicz and placed her in severe apprehension for her safety and that of her boyfriend, while subjecting Ms. Michlewicz to severe emotional distress by assaulting her loved one and disrobing her, leaving her naked in public in broad daylight," the lawsuit alleges.

Michlewicz was also arrested during the incident.

The couple were detained for hours and released on $57,000 bail, ABC7 reports.

"We are unable to comment on any pending litigation," LAPD officer William Cooper tells PEOPLE. The city attorney's office could not be reached for comment.