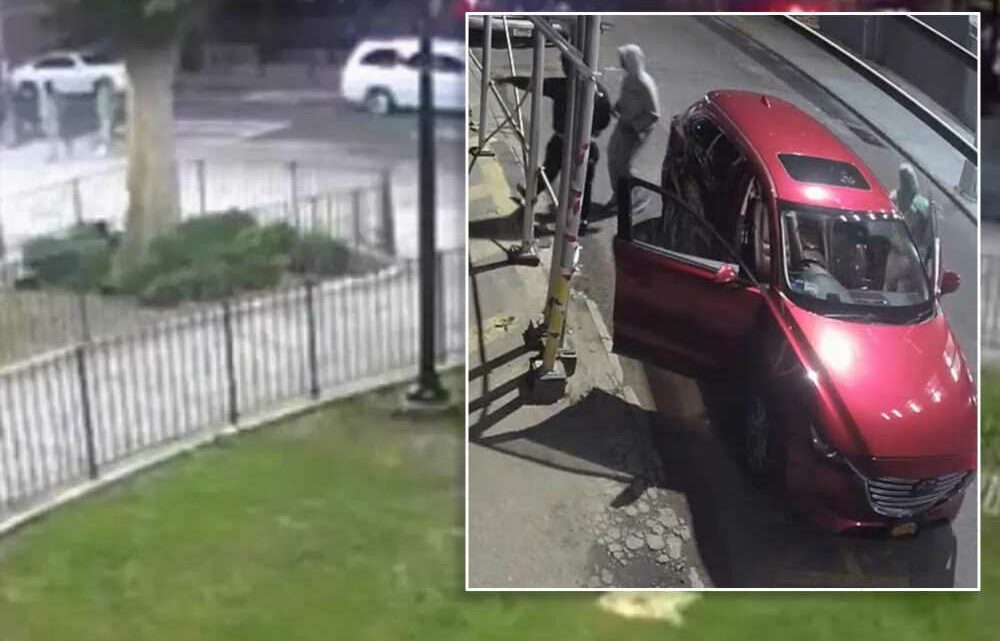 Horrifying new video shows the moment two gunmen opened fire on a group of mourners attending a Brooklyn vigil for a baby who died of cancer — striking a man and woman in the crowd.

The clip, released by police Monday night, shows the suspects standing at the corner of Tompkins Avenue near Stockton Street in Bedford-Stuyvesant around 11:20 p.m. June 16 — firing their handguns toward the group across the street and then running off.

They fled into a red Mazda CX9 driven by someone else, cops said.

A 33-year-old woman was struck twice in her chest and a 54-year-old man standing farther down the block was hit in his left leg, police said.

Police do not believe that either victim was targeted.

The group gathered for a memorial for a 7-month-old infant who died of leukemia, authorities said.

The end of the clip shows the suspects getting out of the Mazda on Park Avenue near Sanford Street and stashing their weapons under scaffolding.

They retrieved them a short time later, cops said.

Cops were still looking for the suspects Tuesday.

It's… Coleen vs Rebekah again, and this time it's over 'fake' coffee run pics
Recent Posts