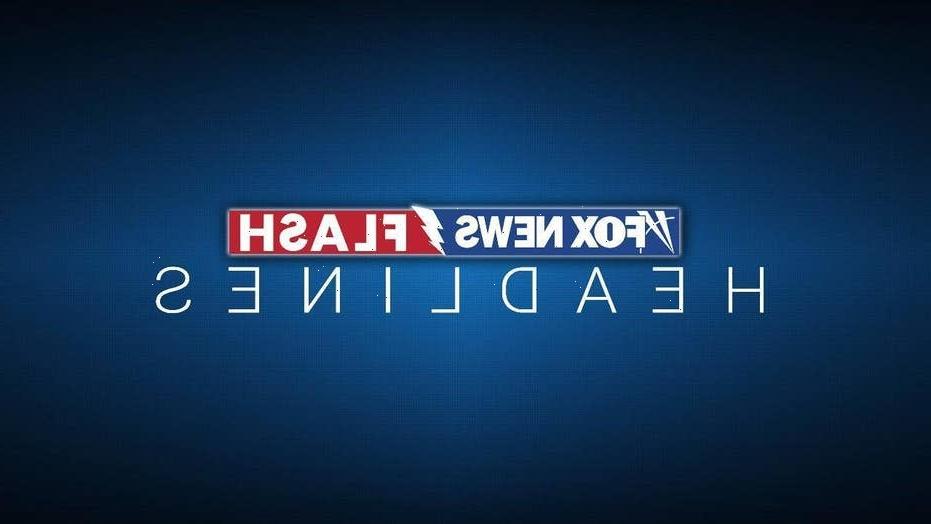 A Virginia school board agreed to pay $1.3 million in settling a federal discrimination lawsuit brought by a transgender former student barred from using the boys’ restroom in high school nearly seven years ago.

The American Civil Liberties Union announced Thursday that the Gloucester County School Board agreed to pay $1.3 million in attorney fees and costs related to the filed on behalf by Gavin Grimm.

Grimm told Insider he will not personally receive any funds from the payout. He previously announced in January 2020 that he was elected to the ACLU Board of Directors for a one-year term.

As a 15-year-old student at Gloucester High School, Grimm was banned from using the boys’ bathroom. A school board policy required Grimm to use restrooms that corresponded with his biological sex — female — or private bathrooms. He filed a federal lawsuit that wound its way through the courts for six years.

“This is the third time in recent years that the Supreme Court has allowed appeals of court decisions in support of transgender students to stand,” Josh Block, senior staff attorney with the ACLU’s LGBTQ & HIV Project, said in a statement Thursday. “Our work is not yet done, and the ACLU is continuing to fight against anti-trans laws targeting trans youth in states around the country.”

Grimm filed his lawsuit in 2015 and argued that he suffered from urinary tract infections from avoiding school bathrooms as well as suicidal thoughts that led to hospitalization. 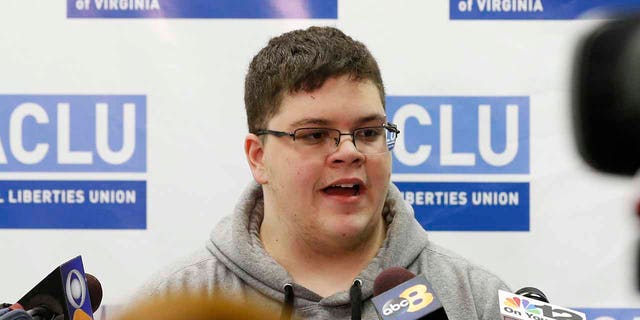 In this March 6, 2017, file photo, Gloucester County High School senior Gavin Grimm, a transgender student, speaks during a news conference in Richmond, Virginia. The Gloucester County School Board has agreed to pay $1.3 million in legal costs to the American Civil Liberties Union after the nonprofit spent six years representing a student who sued over the board’s transgender bathroom ban.
(AP Photo/Steve Helber)

The Supreme Court was scheduled to hear Grimm’s case in 2017, but it was sent back to the lower courts after the Trump administration rescinded an Obama-era directive that students can choose bathrooms corresponding with their gender identity.

Grimm’s case was heard again in U.S. District Court in Norfolk in 2019 and by the 4th Circuit Court of Appeals in 2020. Both ruled that the board’s policy violated Title IX, a federal civil rights law barring sex-based discrimination in any school that receives federal money.

They also found it violated the U.S. Constitution’s Equal Protection Clause by prohibiting Grimm from using the same restrooms as other boys and forcing him to use separate restrooms. The Supreme Court in June refused to hear the case, relying instead on the lower courts’ rulings that sided with Grimm. Bust conservative Justices Clarence Thomas and Samuel Alito said they would have heard the case.

In its petition asking the Supreme Court to hear the case, the school board argued that its bathroom policy poses a “pressing federal question of national importance.” The board argued previously that federal laws protect against discrimination based on sex, not gender identity. Because Grimm had not undergone sex-reassignment surgery and still had female genitalia, the board’s position has been that he remained anatomically a female.

The ACLU, which represented Grimm in the lawsuit, argued that federal law makes it clear transgender students are protected from discrimination.

He addressed the Newport News School Board, which held an emergency meeting to reconsider adopting guidance from the Virginia Department of Education to allow nonbinary and transgender students to use bathrooms and play on sports teams that correspond with their chosen identity, not birth gender. The board narrowly voted Thursday to adopt the guidance, reversing an earlier decision to reject it, WAVY reported.

Meanwhile, the Chesapeake School Board, also in Virginia, last week rejected implementing those state policies that address the treatment of transgender and nonbinary students.

Fox News’ Emma Colton and The Associated Press contributed to this report.