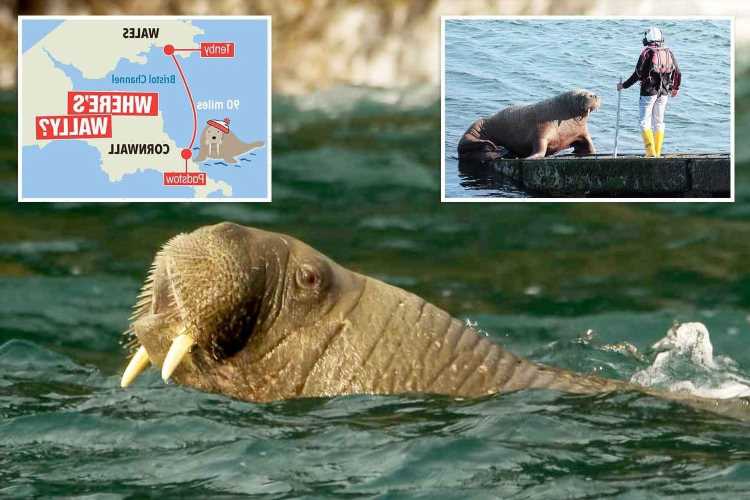 WALLY the walrus has popped up in Cornwall as he continues his sight-seeing tour of the British Isles.

The Arctic beast was seen enjoying the warmer waters off Padstow. 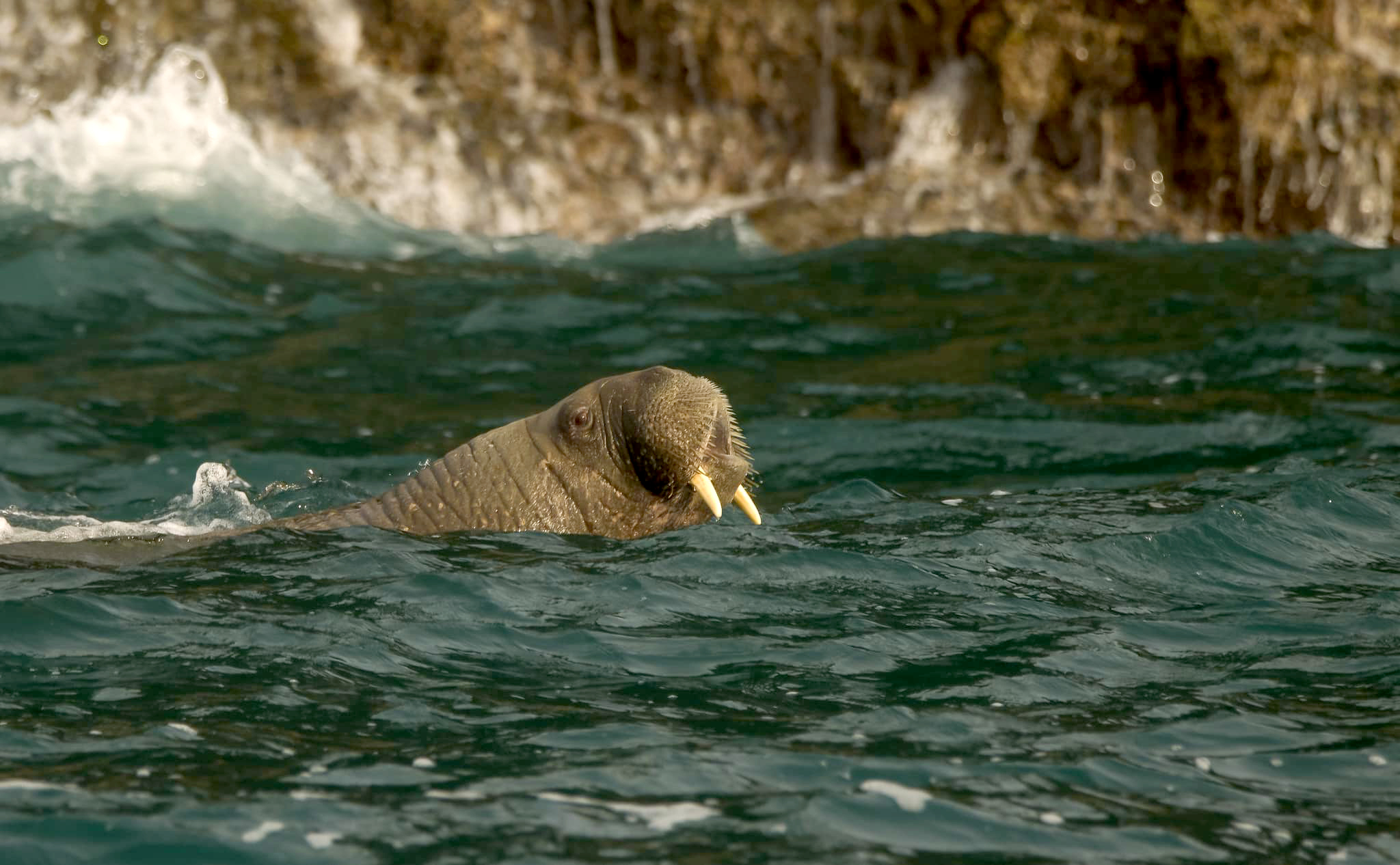 The Sun told this month how he had last been seen in Tenby, Pembrokeshire — but had to be moved on after blocking a lifeboat slipway.

So he crossed the 90-mile Bristol Channel, to the delight of locals and tourists.

Nathaniel Barry, who works for Padstow Sealife Safaris, said he “never expected” to see one in Cornish waters.

He said: “Our passengers and crew were astounded. They first thought it was a large seal, only for it to pop up and reveal a pair of tusks.”

Wally, thought to have drifted from the Arctic on an iceberg, was first spotted around islands north of Scotland, then off Ireland. 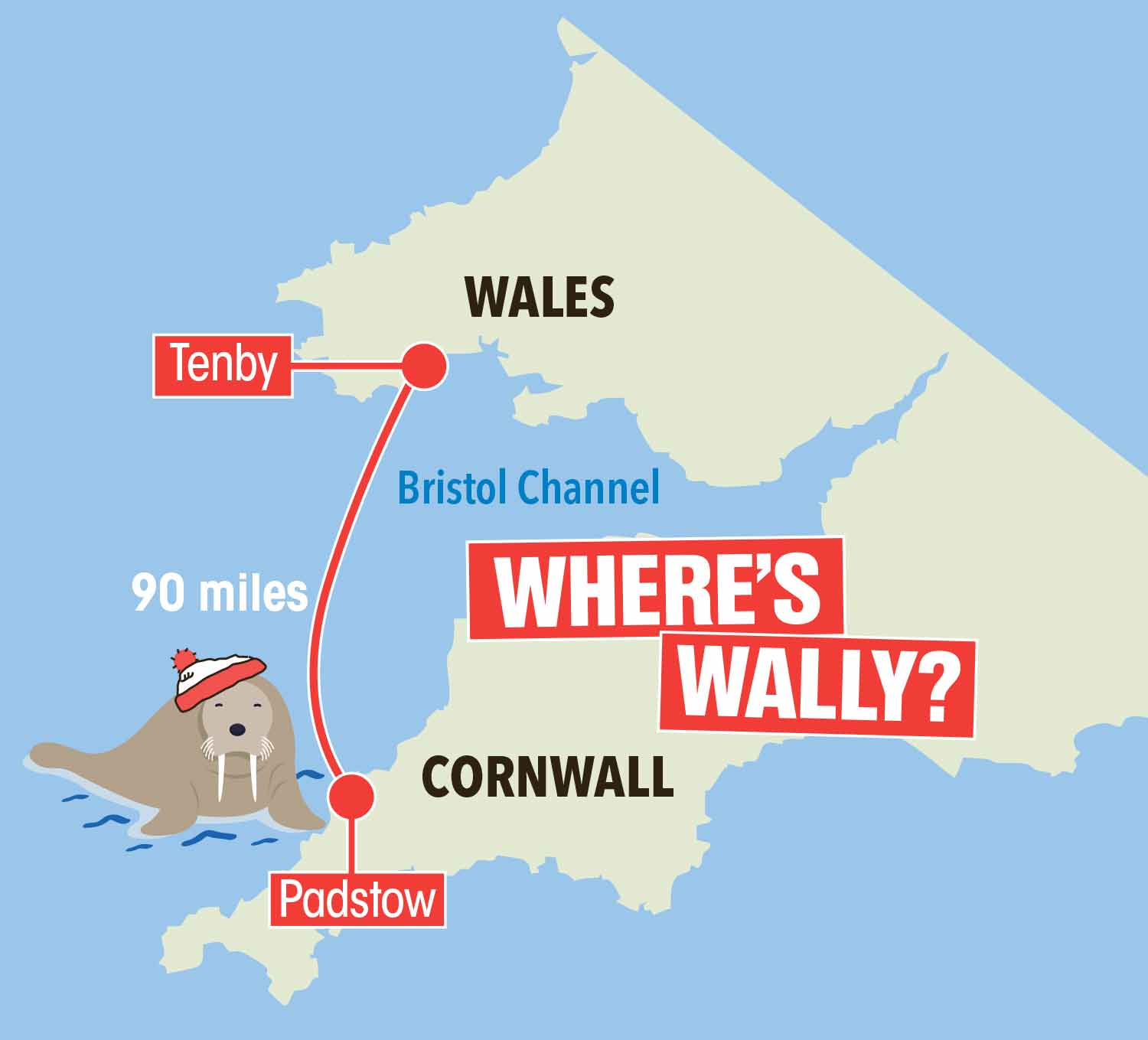 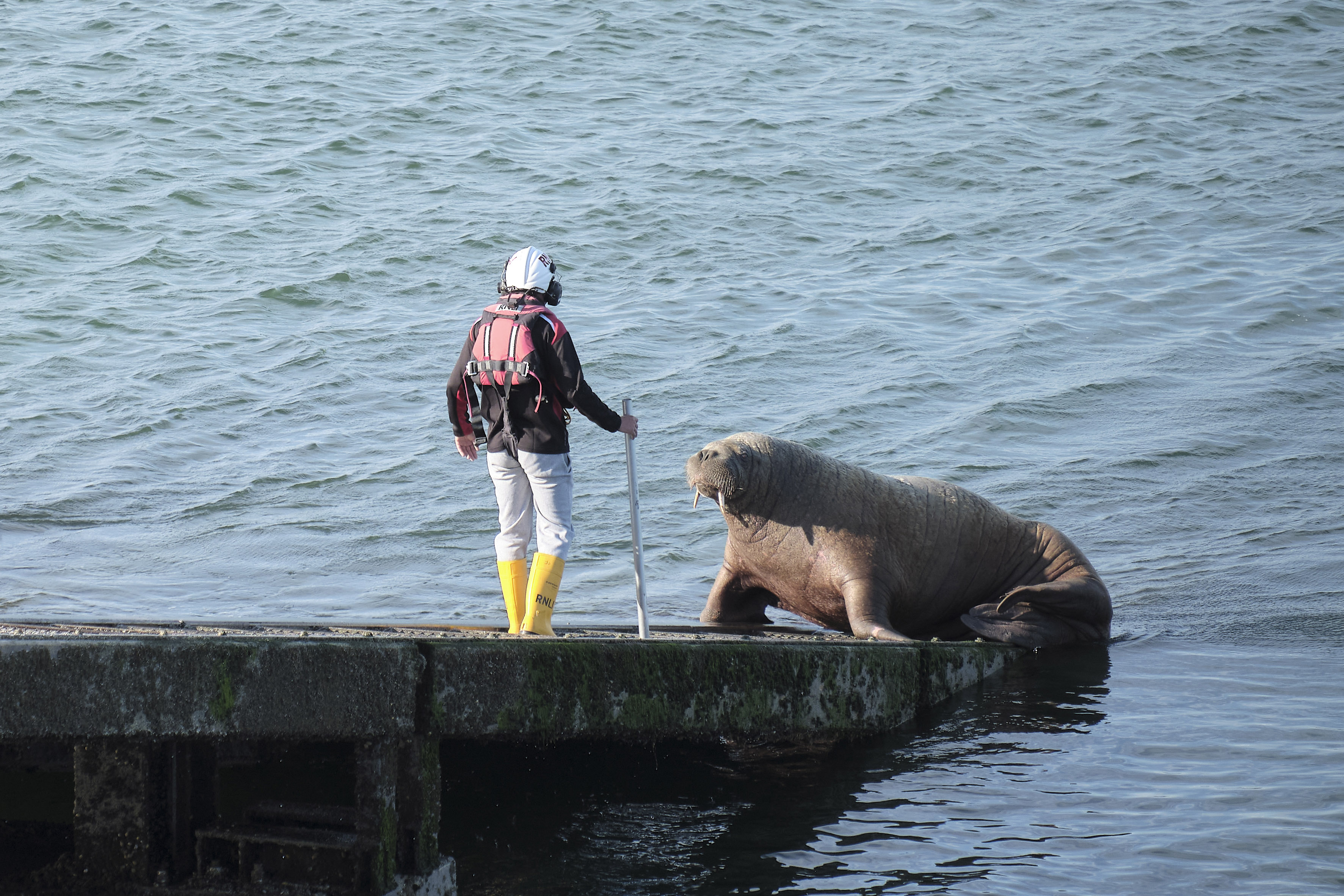 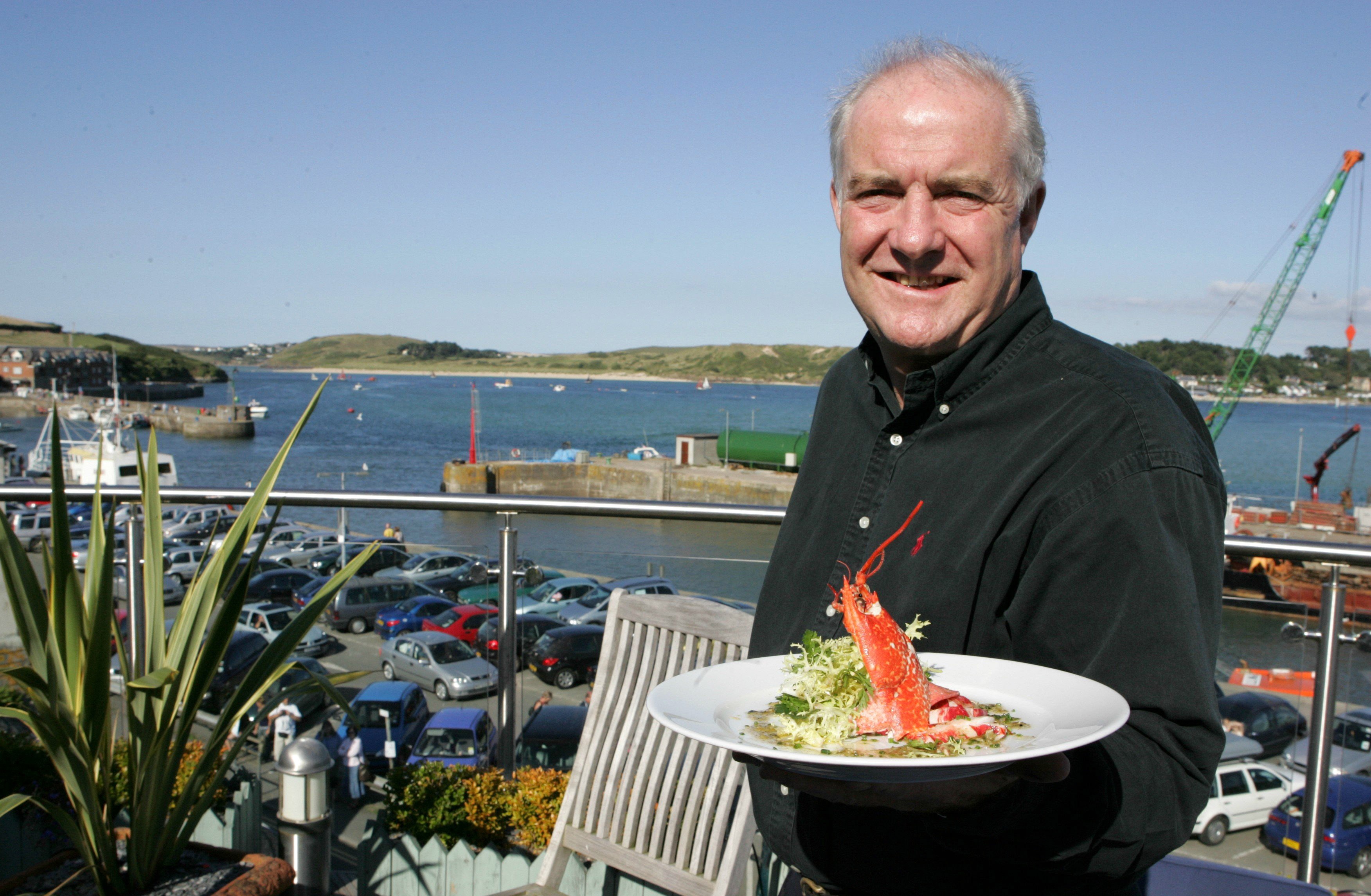 He could prove to be a bigger Padstow attraction than TV chef Rick Stein’s famous Seafood Restaurant.

Nathaniel said: “It had been hoped that as water temperatures increase, Wally would make his way back up north to cold water, but he seems to be doing the opposite.

“We hope Wally can find his way home soon as he must be quite lonely.”