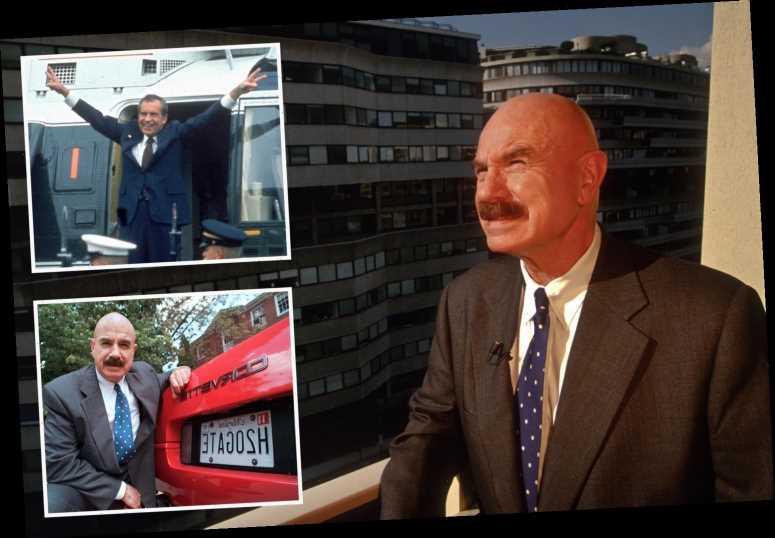 G Gordon Liddy was unapologetic for the Watergate scandal – despite it being so singularly shocking that the suffix "-gate" has been added to any new outrage ever since.

The talk show host passed away at the age of 90 this week, 44 years after he was released from the prison he was sent to for one of the most shocking crimes in American history. 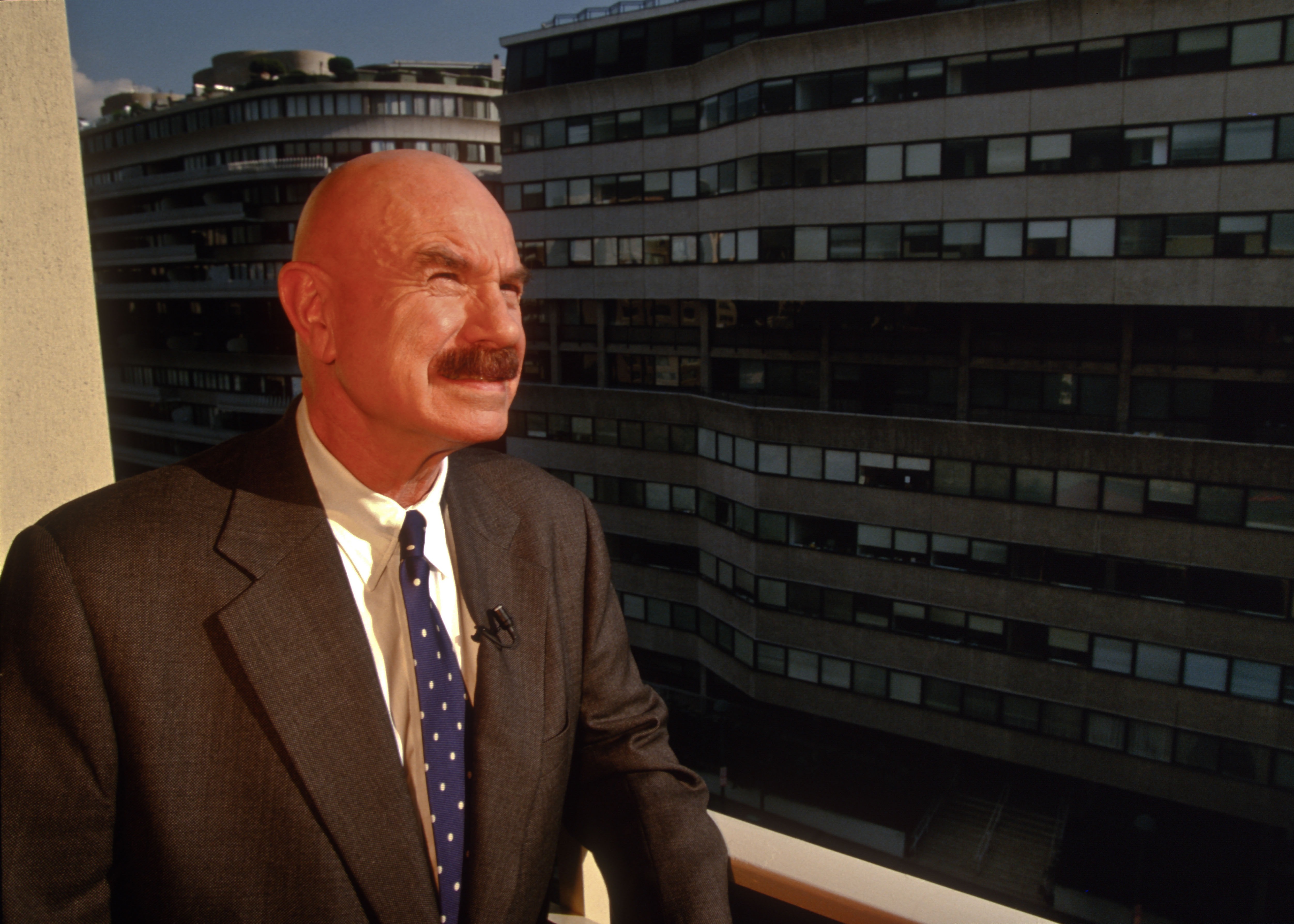 Liddy's son Thomas confirmed his death but didn't reveal the cause, other than to say it was not Covid-related.

In 1972, Liddy's plot to break into the Democratic headquarters at the hotel was foiled by a security guard at the site.

Investigations into the crime led to one hideous revelation after another, ultimately landing Liddy in jail for conspiracy, burglary and illegal wiretapping while Richard Nixon was forced to resign – the only US president to do so.

Despite spending four years and four months behind bars – including more than 100 days in solitary confinement – Liddy remained unrepentant.

"I’d do it again for my president," Liddy said years later.

A high-flying career in law enforcement might not be the background you'd expect for one of the most notorious criminals in America.

But Liddy had risen rapidly through the ranks as an FBI agent after leaving the military and became a practicing lawyer in the early 1960s – he infamously fired blank rounds from a gun during one trial inside the courtroom. 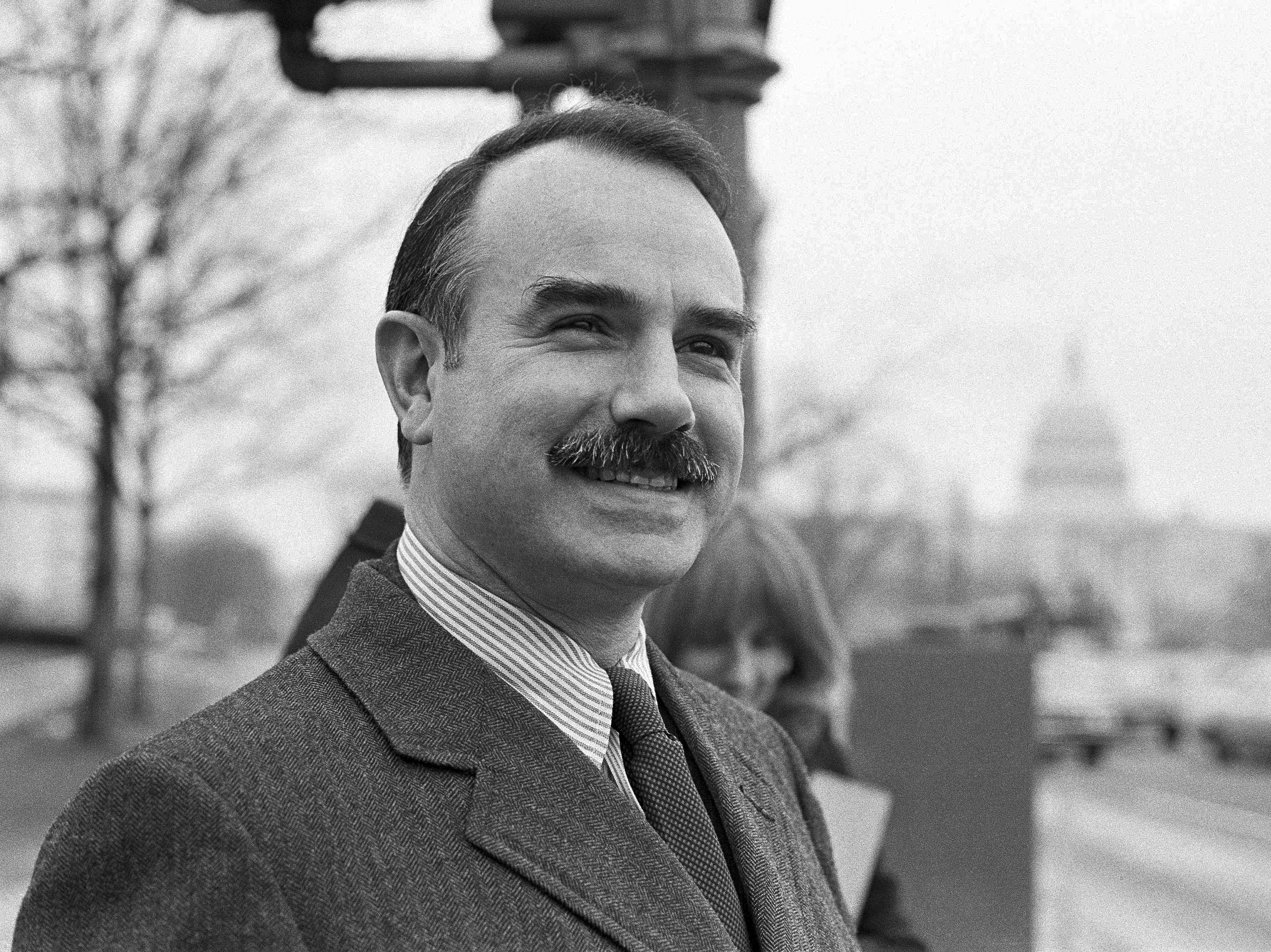 He also bragged about being able to hold his hand over a flame without flinching and claimed to be able to kill a man with a pencil.

After unsuccessful attempts to launch a political career of his own, Liddy became increasingly involved in the Nixon administration in the early 1970s.

It was his involvement with the "White House Plumbers" for which he's now known.

The covert group was set up to stop or respond to embarrassing information leaking to the press. 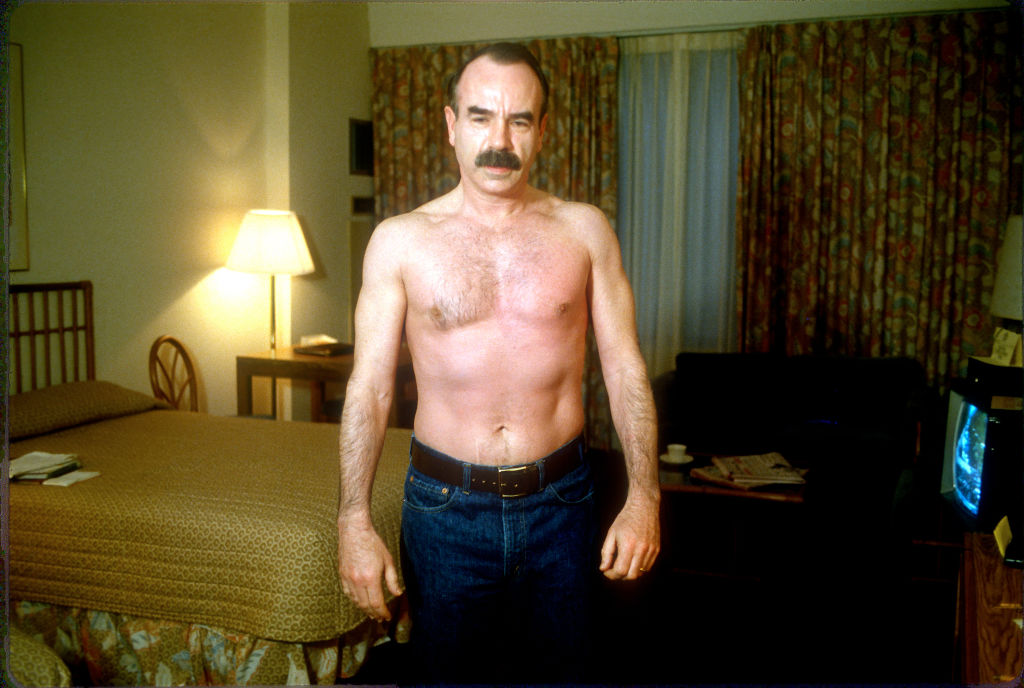 Liddy pitched several illegal plots with the Plumbers, like kidnapping anti-war protest organisers or setting up Democrats to be photographed with sex workers.

Most of his ideas were shot down, but he did get the go-ahead to arrange a break-in at Daniel Ellsberg's psychiatrist's office – Ellsberg was considered an enemy for leaking the highly damaging Pentagon Papers.

And in 1972, he presented a plan of criminal actions against the Democratic Party.

A reduced version of Liddy's plot was put in action – which involved breaking in to the Democratic National Committee's headquarters at the Watergate Complex in Washington DC.

The plan was to secretly photograph campaign documents and plant listening devices in phones. 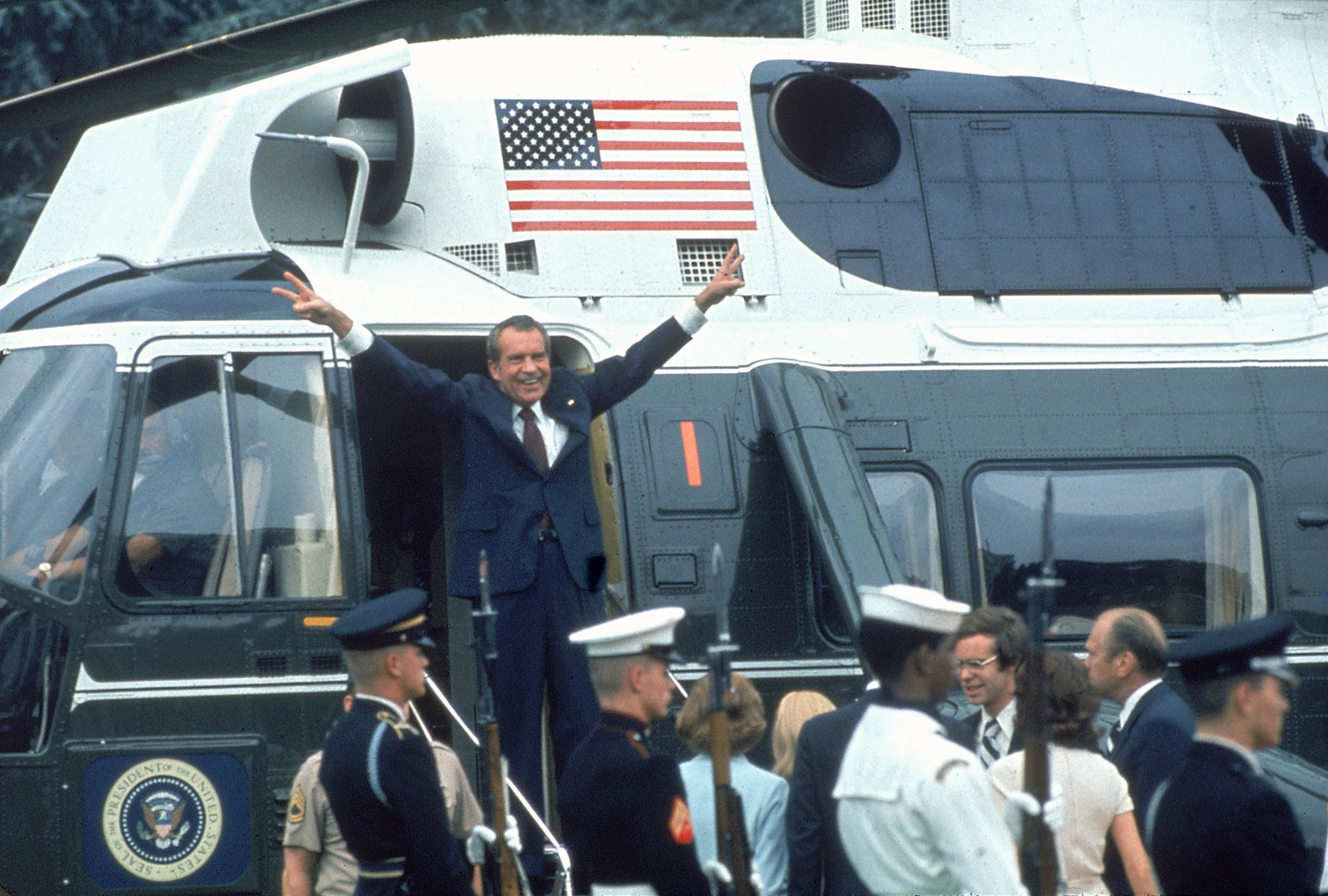 While Liddy wasn't actually in the group of men who carried out the break-in, he later admitted helping to coordinate the raid from the Watergate Hotel.

He also admitted destroying evidence in his office after the break-in, including shredding hundred dollar bills which he knew would link him to the burglars.

But unlike his co-defendants in the case, Liddy refused to cooperate with prosecutors and refused to answer a grand jury's questions. 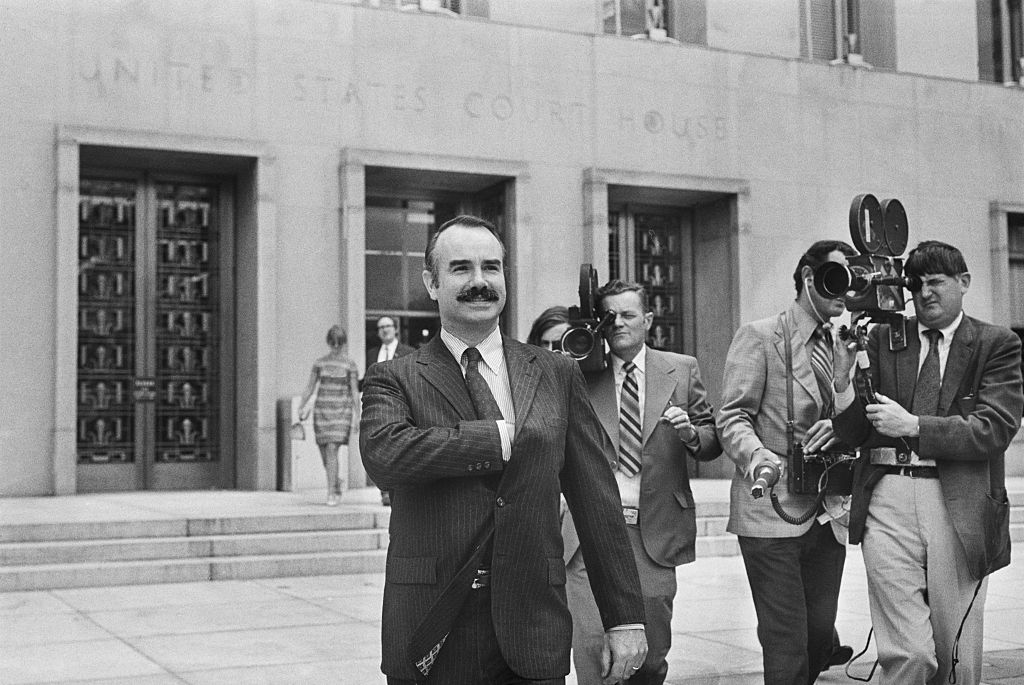 But when Jimmy Carter became president in 1977, he commuted Liddy's sentence to just eight years, believing his punishment was unfairly harsher than those of others involved in the plot.

Liddy spent the longest of any of the Watergate conspirators in prison, but that didn't shake his view on the scandal.

He said he thought Nixon had been "insufficiently ruthless" by not destroying taped recordings he had with top aides, Liddy said during a 60 Minutes interview.

And he even drove a car with the personalised number plate "H2OGATE".

'Shoot them in the head'

Even in later life, Liddy continued to be at the heart of controversy in an unlikely media career.

He admitted he'd been ready to a kill a journalist if he'd been asked to do so and he made several comments about shooting federal agents on his long-running talk radio show. 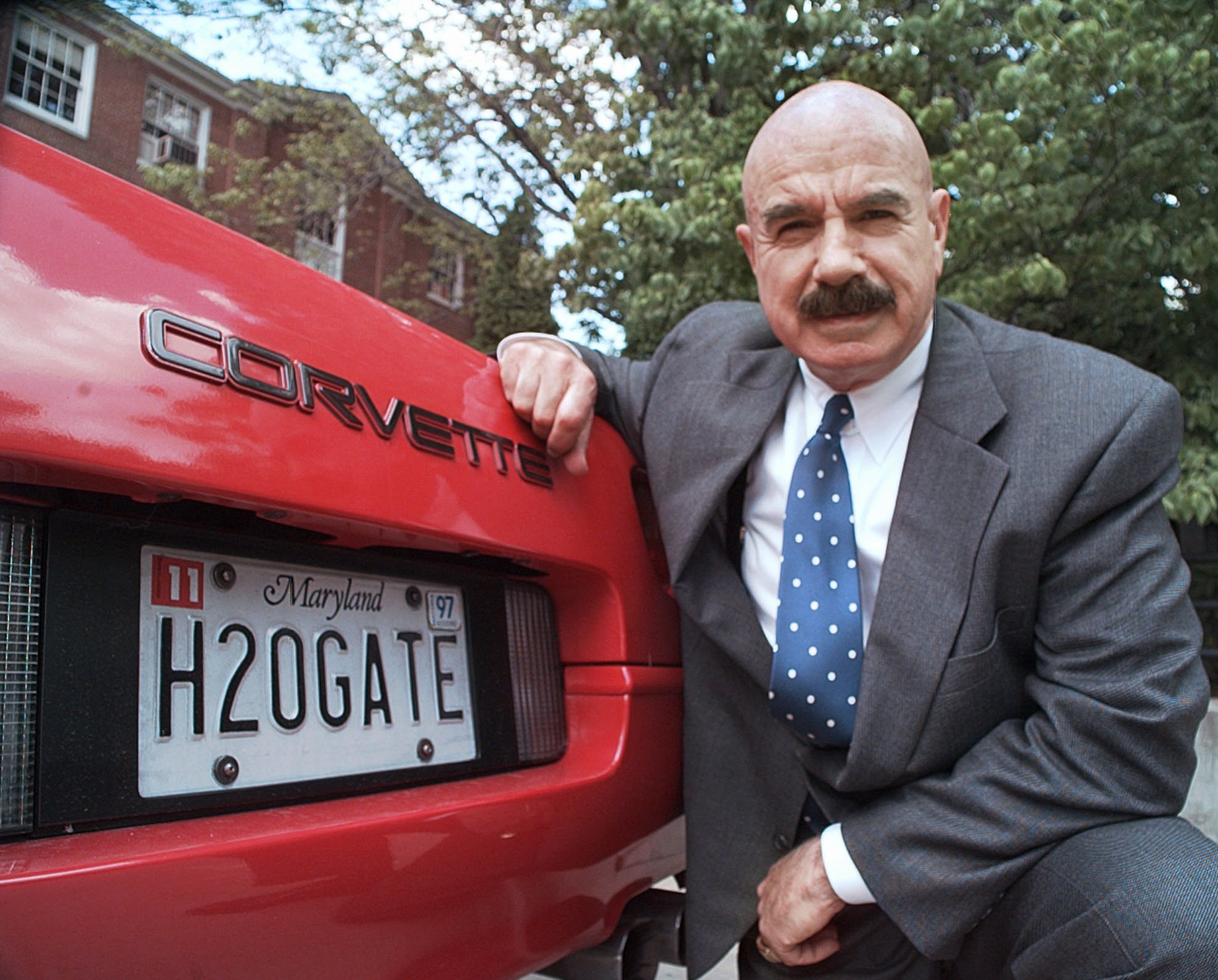 "I advise shooting them in the head," he said on the air about how to deal with agents from the Bureau of Alcohol, Tobacco, Firearms and Explosives.

"If they're wearing flak jackets, don't shoot them there, shoot them in the head," he added, the Washington Post reports.

As well as his radio work, he also wrote books, including his 1980 autobiography Will, which sold over a million copies.

In it, he wrote about listening as a boy growing up in New Jersey to Hitler's speeches from the 1930s. 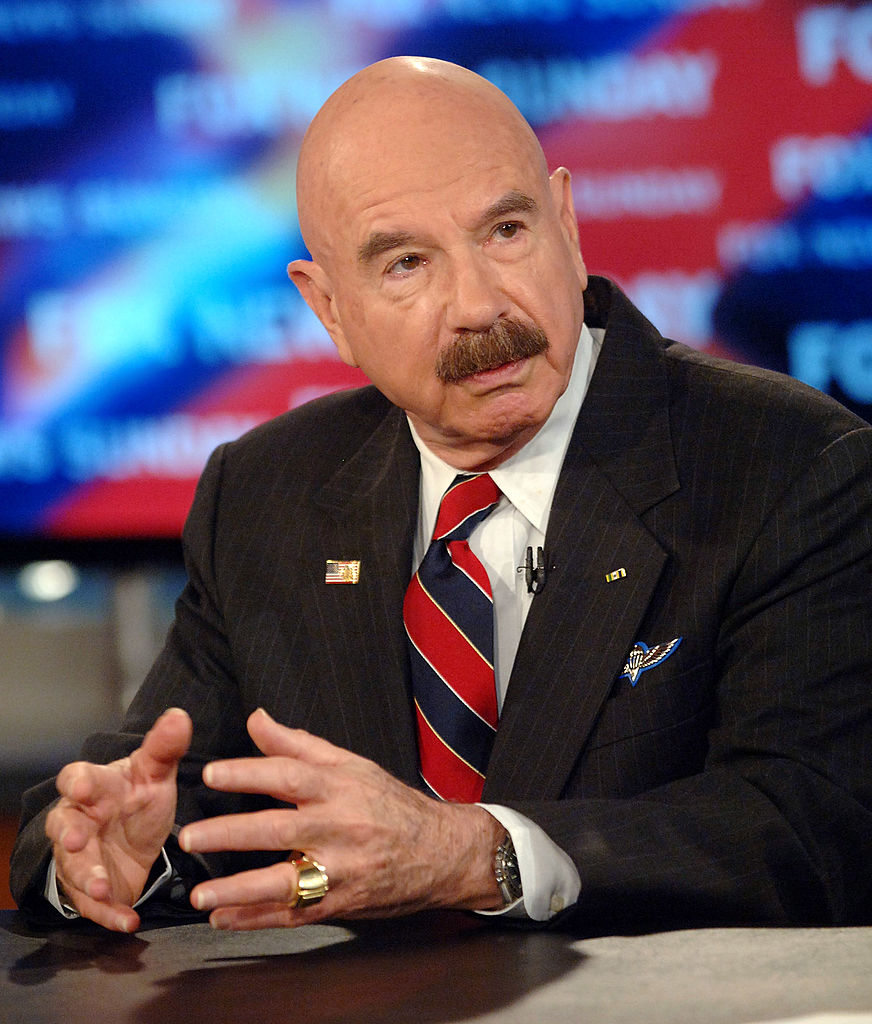 "If an entire nation could be changed, lifted out of weakness to extraordinary strength, so could one person," he wrote.

The bestseller was adapted into a TV movie, and Liddy went on to have his own on-screen career.

He played himself in Oliver Stone's film Nixon (1995) and he also had appearances in TV shows including Airwolf and MacGyver.

Liddy and his wife Frances, who died in 2010, had five children, and he passed away at the home of his daughter in Virginia surrounded by family.

"He had a full life, and it just had run its course," his son Thomas said of his passing.

"He did all the good Lord asked of him and then a little more."

Diabetes type 2 symptoms: ‘Areas of darkened skin’ could be a sign of high blood sugar