Home » World News » Who will get the Moderna Covid vaccine and when will it be available? 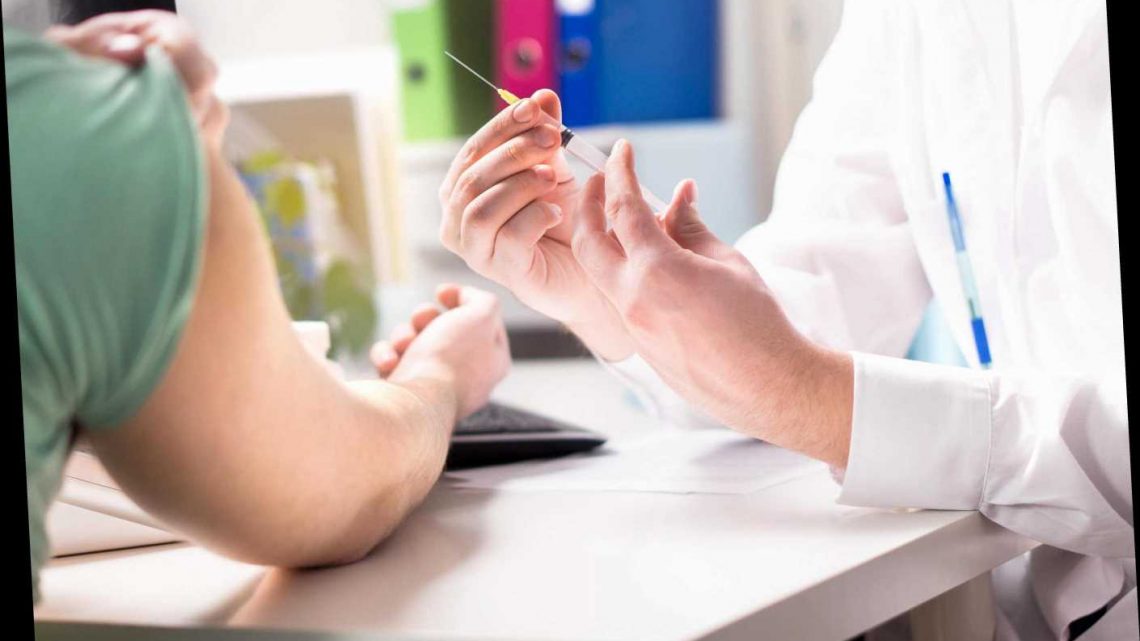 Who will get the Moderna Covid vaccine and when will it be available?

A CORONAVIRUS vaccine that works on 94 per cent of people could be available within months.

The Moderna Covid jab has been tested on over 30,000 people and experts have praised the development – claiming that "normal" life could resume in 2021. 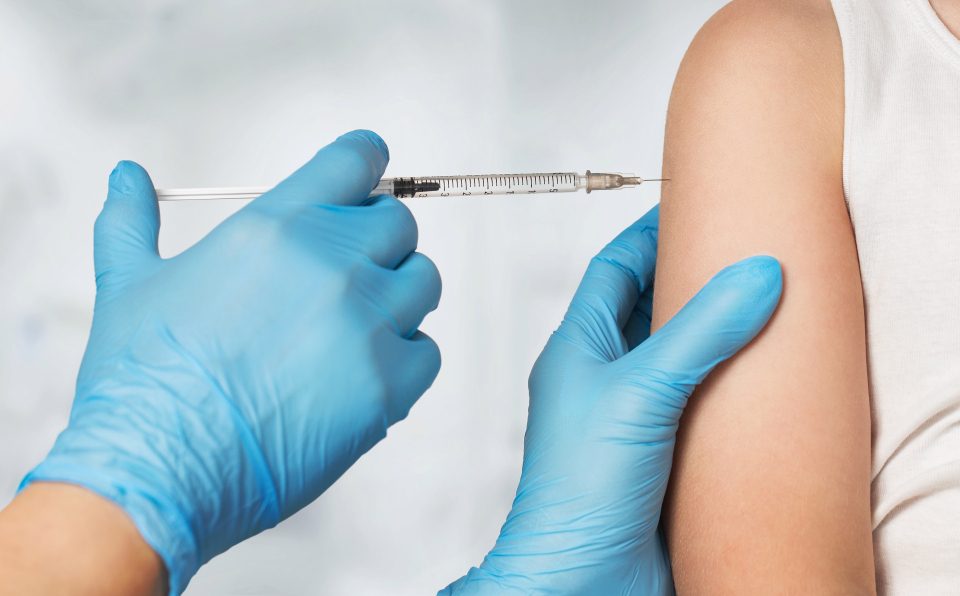 Despite the efficiency of the vaccine, the UK is yet to place an order for the jab and it was today revealed that ministers have been left scrambling to ensure Brits are able to access it.

The government said it has secured 350 million doses of Covid vaccines from various pharmaceutical giants.

Trials on more than 30,000 people found that only five given the Moderna jab developed Covid – none with severe symptoms.

In comparison, 90 people given a dummy vaccine fell ill, according to US maker.

It comes after US pharmaceutical giant Pfizer last week announced that its jab can prevent more than 90 per cent of people from getting Covid-19.

The UK has secured 40 million doses of Pfizer's coronavirus vaccine – enough for a third of the population.

Officials today claimed they were in "advanced talks" to secure the Moderna jab for Brits, but who will be first in line for the vaccine and when can you expect to receive the jab?

How effective is the jab?

Moderna's jab was trialled on more than 30,000 people.

It was also was also trialled on those most at risk of severe illness from Covid, including the elderly and ethnic minority groups – offering a boost that the vulnerable will be protected from the deadly bug.

Analysis from the Phase 3 study of the jab revealed that the vaccine can prevent Covid-19 disease, including severe disease.

Prof Eleanor Riley, Professor of Immunology and Infectious Disease at the University of Edinburgh said even though the trial is small – the data looks promising.

She said: "The side effects of vaccination appear to be in line with those typically seen for other adult vaccinations, including the seasonal influenza vaccination which is administered in many millions of doses every year.

“One important unknown is whether this vaccine, or any of the vaccines currently in trials, prevents disease transmission.

"It is likely that vaccines that prevent symptomatic disease will reduce the duration and level of infectiousness, and thus reduce transmission, but we don’t yet know if this effect will be large enough to make any meaningful difference to the spread of the virus within communities."

Overall, Prof Riley said this was "excellent news" and that "with luck" this would "help us all to get back to something like normal sometime in 2021.”

THE government has ordered 350million doses of Covid-19 vaccine, with some ready to roll out by December 1.

This includes 40million doses of the promising Pfizer shot, which was revealed to be 90 per cent effect last week.

These are the other vaccines which the government has pre-ordered:

Oxford/AstraZeneca: 100million doses
A weakened virus that causes colds in chimpanzees, it has been shown to generate a strong immune response against Covid-19.

It has been genetically changed so that it is impossible for it to grow in humans, making it safe for children, the elderly and people with pre-existing conditions.

Currently in phase-3 trials in the UK, USA, South Africa, Japan, Brazil and Kenya, more than 50,000 test patients have been given the vaccine. Early reviews have shown it to be safe.

A company in Australia has already started making millions of vials in the expectation that trials will be successful.

Contains purified piece of the virus that causes Covid-19. When it is administered, the body recognises it as “foreign” and mounts a protective immune response.

It has been shown to generate more antibodies than in patients recovering from severe Covid-19 infections.

Currently in phase-3 clinical trials in the UK and USA.

Uses the same protein as one of Sanofi’s seasonal flu vaccines coupled with a booster.

In phase-1 clinical trials but early results have been positive.

The government has invested in Valneva’s manufacturing facility in Livingston, Scotland, to create a major UK vaccine factory.

Currently in pre-trial research, with trials due to start in December.

Prevents Covid-19 infection by targeting the virus’s “spike protein”, effectively disabling it before it can cause any damage.

Tested on 40,000 patients, it is currently in phase-3 trials, but the first interim analysis has shown it is 90 per cent effective.

Uses a modified common cold virus to act like a Trojan horse that can deploy the Covid-19 virus’s “spike protein” to human cells, causing the body to generate antibodies.

Phase-3 trials among 60,000 patients were recently halted temporarily after an unexplained illness in one volunteer. Trials have since resumed.

When will the first doses be available?

The vaccine has just completed Phase 3 of testing – this means that a jab could be rolled out within months.

A government spokesperson today said that the first doses of the jab would "become available in spring 2021 in the UK at the earliest".

As part of Phase 3 the vaccine is give to thousands of people from different groups.

This is so that it can be tested on a wide range of people.

It also stated that people from diverse communities had been part of the trial.

It is not yet clear as to when Brits will get the Moderna jab, but Downing Street said it had doses of other vaccines secured for the end of the year.

A spokesperson today said: "The news from Moderna appears to be good and represents another significant step towards finding an effective Covid-19 vaccine.

"As part of the ongoing work of the Vaccines Taskforce, the Government is in advanced discussions with Moderna to ensure UK access to their vaccine as part of the wider UK portfolio.

“Moderna are currently scaling up their European supply chain which means these doses would become available in spring 2021 in the UK at the earliest."

It added that the government has so far secured early access to 350 million vaccine does through other pharmaceutical companies.

The spokesperson added: "This includes 40m doses of Pfizer/BioNTech’s vaccine, which is based on the same platform as Moderna’s vaccine and if approved by the medicines regulator, is expected to begin delivery as early as December 2020.”

Who will get the jab first?

The government had previously stated that those who are most at risk of the virus would receive vaccines first.

This includes health workers and those who work in care homes, these are places where the virus is more prevalent.

The Joint Committee on Vaccination and Immunisation (JCVI) has examined data on who suffers the worst outcomes from coronavirus and who is at highest risk of death.

The group previously published guidance on the Pfizer jab.

In this guidance it states that the priority would be:

The Moderna vaccine has not yet been approved by regulatory authorities in the UK.

The UK is yet to secure doses and one expert today said that once this had been done – then it could be rolled out quicker than the Pfizer jab.

Side effects from the vaccine were also reported to be few and far between, with just three per cent of people feeling pain where they had the injection.

The trial also found that just 10 per cent of people suffered with fatigue, muscle aches and flu like symptoms.

Prof Peter Openshaw, Professor of Experimental Medicine at Imperial College London said: "This seems to indicate that they got the dose about right with acceptable adverse events.

"These effects are what we would expect with a vaccine that is working and inducing a good immune response. "