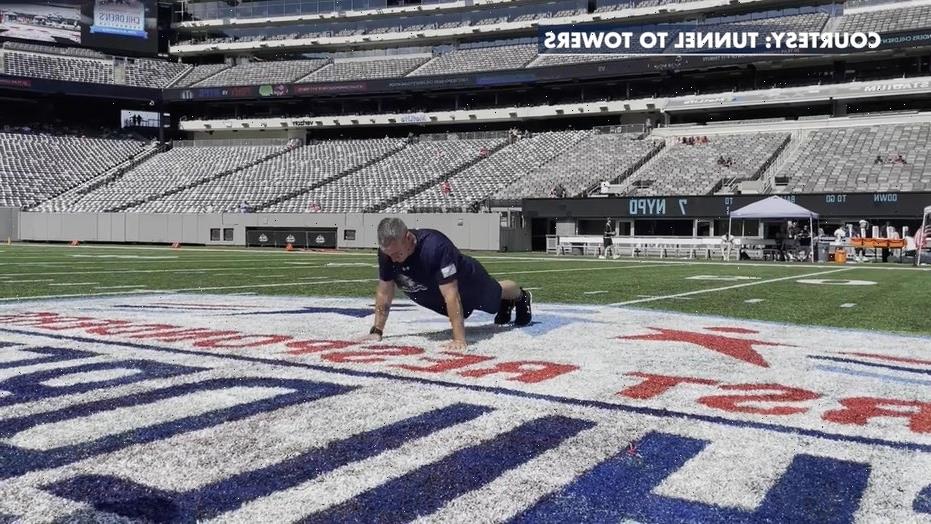 A Wisconsin father of three accomplished one of his greatest goals – completing 1,500,231 push-ups to set a new world record for most push-ups done in a year. The best part though? It was all to raise money for the families of fallen first responders.

Nate Carroll on the 50-yard line of MetLife Stadium in New Jersey broke the record in front of first responders during half-time of the 48th Annual Fun City Bowl, an annual showdown between the New York’s fire and police football teams.

“It was awesome to be on the field, to be cheered on by so many first responders,” said Carroll.

The dad said he was motivated by his family and he wanted to “demonstrate to my kids what goals that seem impossible look like when they are broken down into daily manageable chunks.” Carroll said that the record for most pushups in 365 days had interested him for a few years. But, he added, “I understood if this challenge was going to be taken on, there had to be more depth to it besides just breaking a record.”

He spent the last year raising money for the Tunnel to Towers Foundation’s Fallen First Responder Program, which pays off the mortgages for the families of law enforcement officers and firefighters who are killed in the line of duty and leave behind young children.

The endurance to take on the task changed him. 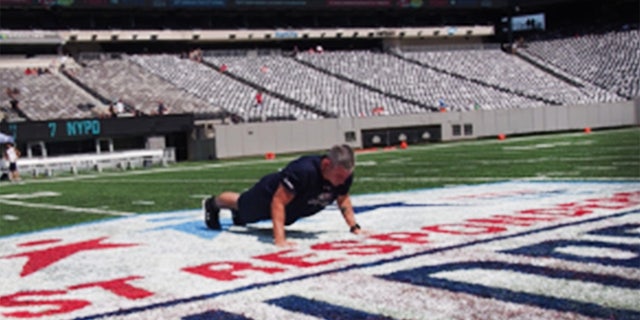 Nate Carroll on the 50-yard line of MetLife Stadium in New Jersey broke the record in front of first responders. (Tunnels to Towers Foundation)

“Averaging over 4,000 pushups a day certainly develop muscle in the arms and core. However, what was most noticed was my awareness of how my body felt and responded to the stress of thousands of pushups each day,” Carroll said but noted that the “most dramatic change was … mental strength and the understanding that the body is a phenomenal creation, and if properly cared for and conditioned, can endure significant physical stress and accomplish tremendous feats.”

His advice is that competition has to become not an activity but an identity. “Set a goal, and get after it. Make it who you are, not something you do. That way, when it gets hard and life throws obstacles in your way and offers you convenient excuses to stop or says it’s too difficult, you find a way to endure and persevere and keep after it. Winning those mini-battles each day builds strength and shapes one’s perspective of what is possible.”

Although he has done more than 1.5 million pushups, his 12-month quest isn’t over until June 13.

He said he wants the final total of pushups to feature the numbers 911, in honor of the 20th anniversary of the September 11 attacks.

“It was an honor to set a new world record here in New York in front of members of the NYPD, FDNY, PAPD and other first responders. I want this record to pay tribute to the sacrifice made by so many heroes that tragic day,” said Carroll.

Carroll said he is just getting started. He may be middle-aged but his journey is just beginning.

‘The Bachelorette’: Who Is Greg Grippo? Katie Thurston’s Contestant Is an Early Frontrunner