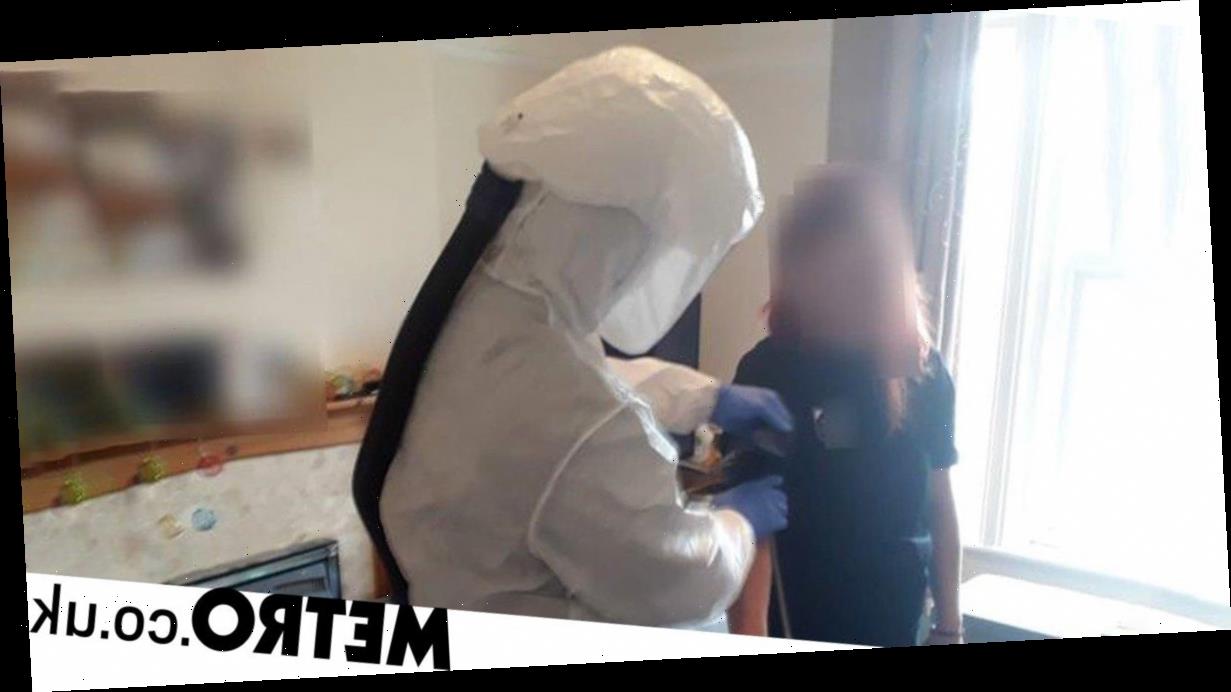 A young woman who coughed on the phone to her GP while calling about back pain soon found her living room full of medics over a coronavirus scare.

After hurting her back during a recent holiday to Thailand, the woman, in her 20s, called her local surgery in Grimsby to book an appointment on Tuesday. But while she was talking on the phone, she started spluttering and suddenly found herself being treated as a potential Covid-19 case.

Despite saying she felt fine and that it had been ‘very smoggy in Bangkok’ she was told not to go to her practice and to call 111, who advised her to self-isolate. Within an hour, an ambulance arrived at her door and her home was filled with medical staff.

She said: ‘The paramedic in the suit was very helpful and was aware that his suit was very off putting and made me a bit nervous’.

He explained that although she didn’t have flu-like symptoms, the NHS needs to be cautious as many can be infected without showing any signs. The woman said he became concerned over her back complaints and decided she needed to go to hospital.

‘He spent a few minutes trying to find out where I was going to be taken, as Grimsby hospital would be able to look at my back, but Castle Hill has the coronavirus unit,’ she said.

‘Apparently both hospitals couldn’t agree on what to do.’

The woman said she was then taken to Diana Princess of Wales Hospital but they ‘wouldn’t let her in’, so she sat in the ambulance bay for a while before being taking to Castle Hill Hospital, which deals with Covid-19 cases in the Humber region.

When she arrived, the woman said she was tested very quickly but staff at the unit appeared under some pressure.

She added: ‘When they were testing me it seemed like they just wanted to do get through it and move on. They swabbed my mouth, which was fine, but then the person shoved a swab right up my nose and even the paramedic recoiled because it went so far up my nose. It actually ended up cutting me.

‘I then thought that I would be able to have my back looked at, but was told that I would have to go home and wait for my test results before anyone would look at my back.

‘I could tell that this annoyed some of the paramedics because they had been with me for hours and knew I was in pain and needed help.

‘I overheard one of them telling someone on the radio “But what about her back pain?” Then groaning’.

The woman said she was then dropped off home where she had to wait until her results came, which revealed she was negative.

She added: ‘I can understand the panic around this virus, but there were more cases in the UK than Thailand on Tuesday, so why have such a panic about me?’

The total number of confirmed cases in the UK has reached 280, after more than 23,500 people had been tested. Three people have died from the virus.

There are 50 confirmed cases in Thailand, while there are now more than 100,000 worldwide.