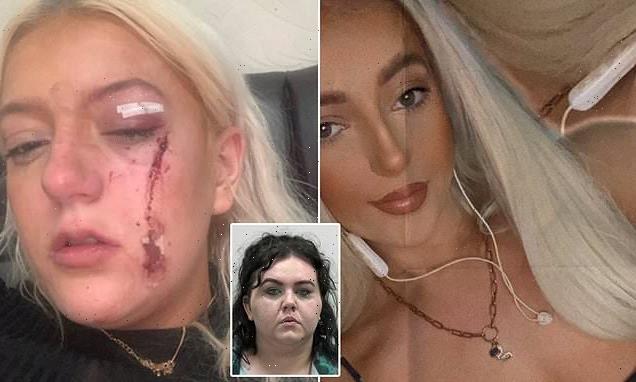 Carer, 25, glassed reveller, 20, in nightclub attack which left victim with injuries so shocking she refused to look at her face in the mirror

A carer glassed a woman in a nightclub leaving her with injuries so shocking she refused to look at her face in the mirror.

Sophie Robinson smashed a glass in the face of Abbie Quinn while on a night out in Newcastle city centre after a row between her and one her friends.

A court heard the 20-year-old victim was left with blood pouring down her face and is now ‘scared to go out’ after the attack, which took place on August 18 last year.

During the violence Robinson also assaulted one of Miss Quinn’s friends, Katie Rickerby, leaving her with facial injuries. 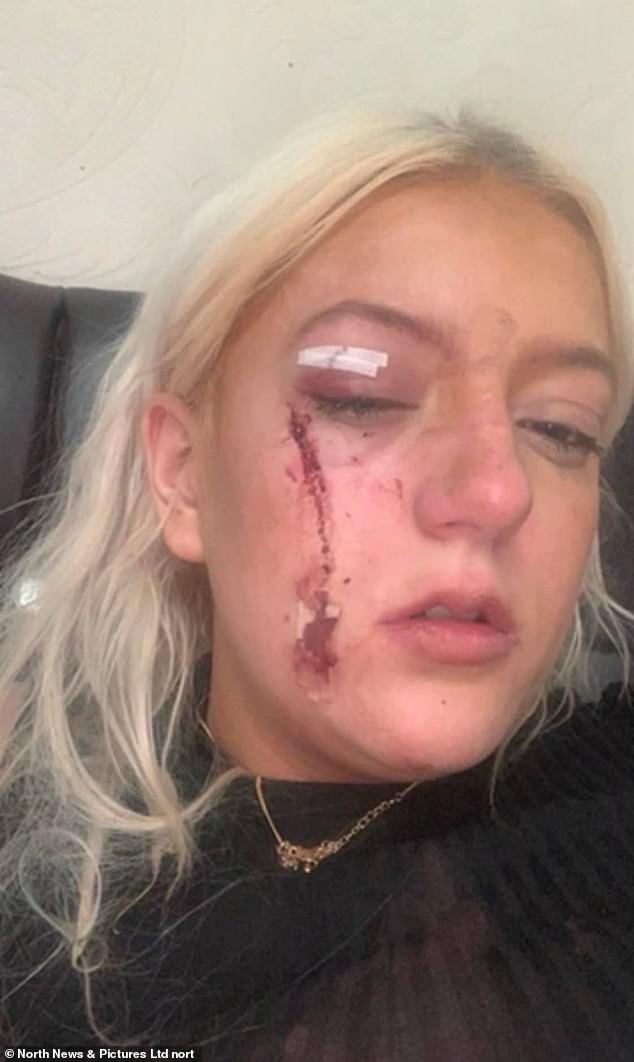 Abbie Quinn (pictured), 20, was left with blood pouring down her face after being attacked by Sophie Robinson 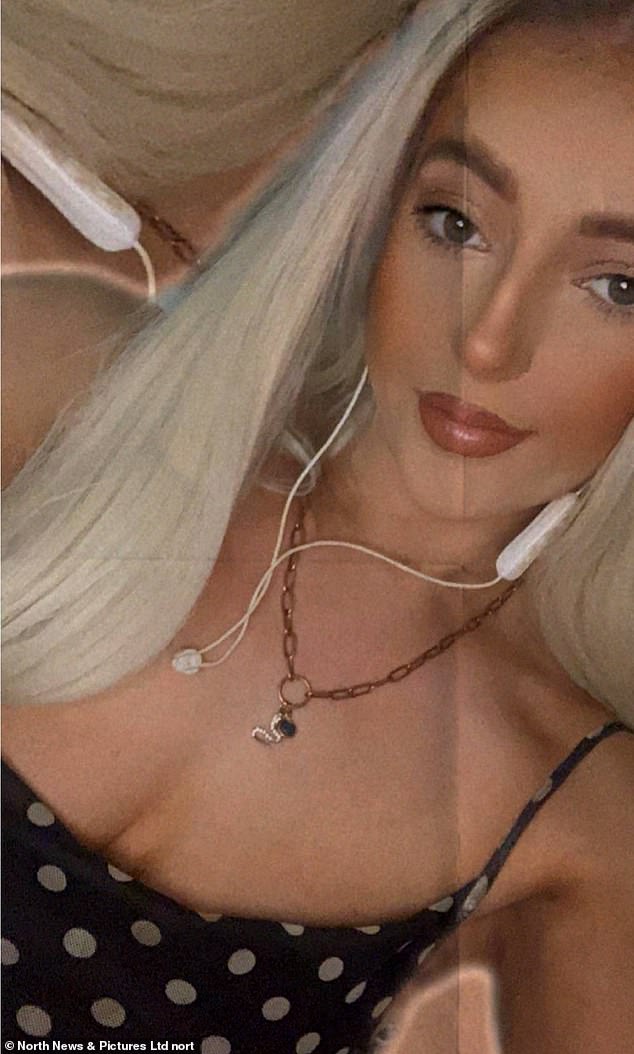 Newcastle Crown Court was told the attacker had been with an upset friend outside Cosy Joes in the city centre when Miss Rickerby spoke to them.

Prosecutor Damian Broadbent told the court: ‘Miss Rickerby attempted to make conversation and said they should go inside and do some karaoke.

‘The defendant told her to shut up and stay out of the conversation.

‘Miss Rickerby went back inside and was with Miss Quinn at the bar, talking to other patrons. 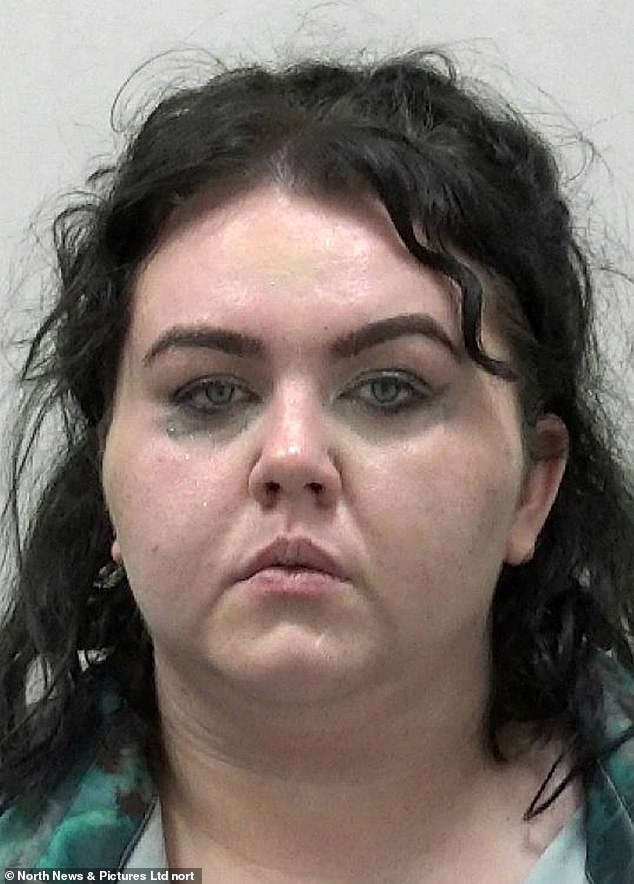 Sophie Robinson (pictured), who works as a carer, glassed Abbie Quinn and slapped Katie Rickerby on the night out

The court heard Miss Quinn was left with cuts above her eyelid, her cheek, her chin and left arm, with pain around her eye.

She said in a victim statement: ‘I am now scared to go out, scared to go near strangers as a stranger did this to me.

‘I can’t stand to see my face in the mirror. I can’t be around mirrors, I have covered the mirror in my room.

‘I am scared this will leave a scar forever.’

Miss Rickerby had a small cut and scratches on her face and said one of her front teeth felt loose afterwards.

She said in her statement: ‘This assault has made me feel anxious to go back out. I am scared something like this will happen again.

‘She didn’t look like someone I would have thought capable of doing this, which makes me even more anxious.’

Jennifer Coxon, defending, said the attack was ‘clearly out of character’ and that Robinson, who had consumed alcohol that night, had felt ‘aggrieved’ about something unrelated.

Miss Coxon said: ‘She accepts, were it not for the alcohol in her system giving her confidence to approach these two girls, she would not have done that.

‘She holds her hands up.’

Miss Coxon said Robinson, who submitted character references and a formal apology to the court, has never been in trouble before and has a job as a support worker, doing nightshifts to take care of vulnerable adults. 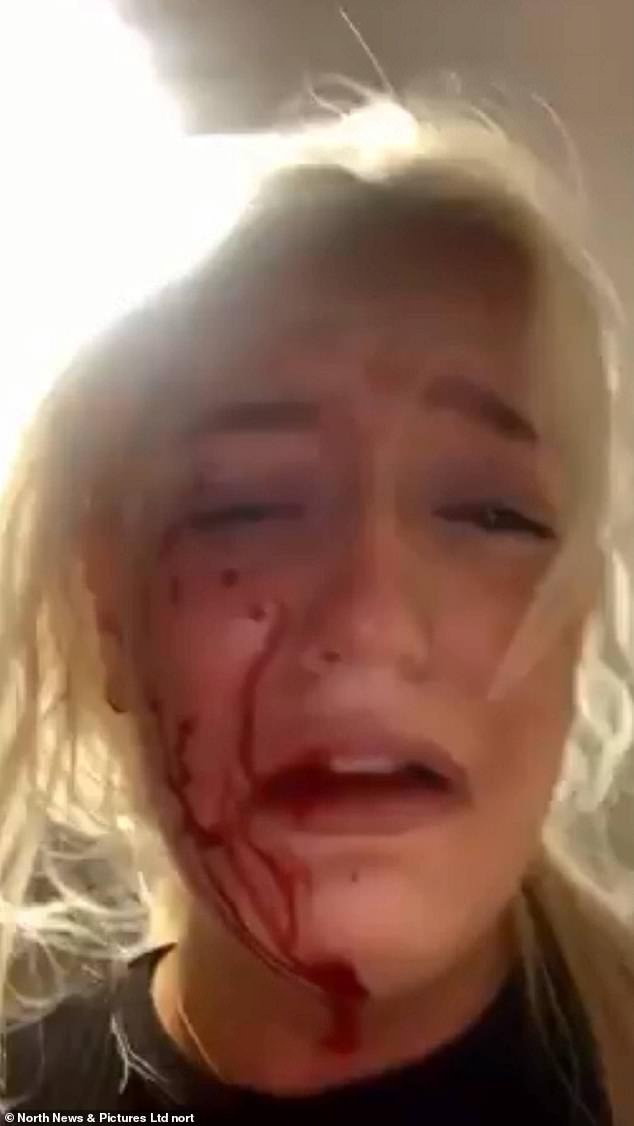 The barrister added that any kind of jail term, including a suspended prison sentence, would result in the loss of her job.

She was also ordered to pay £500 compensation to Miss Quinn and £200 to Miss Rickerby.

The judge told Robinson: ‘Clearly the person who was out on August 18 last year is not the same person that is before me and the person before that night.

‘Good people do very, very foolish or bad things and you have only to do it once.’ 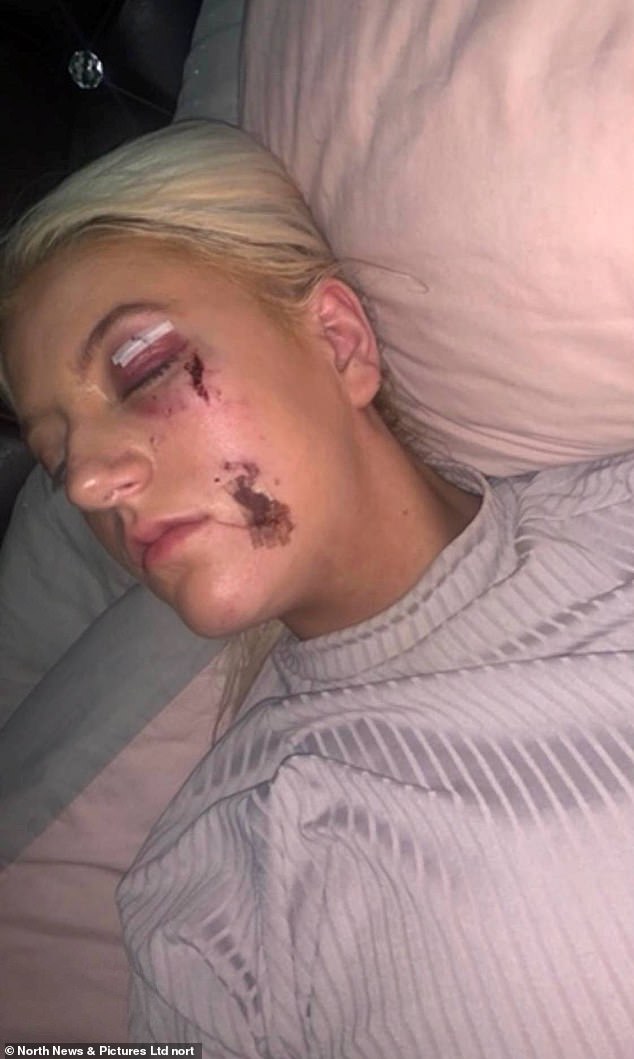 The judge warned of the dangers of city centre violence, which happens across the country and said: ‘It was a chance moment but some people lose eyes, some people die, some people have horrific injuries in a moment.’

Judge Earl said he accepted Robinson is ‘truly remorseful’ and said it would show ‘shortsightedness’ if Robinson were to lose the job she had trained for.

Speaking after the sentence Abbie, who works for Swissport, said: ‘I am deeply upset by the suspended sentence given to the person who has left me both psychically and mentally scarred for the rest of my life.’