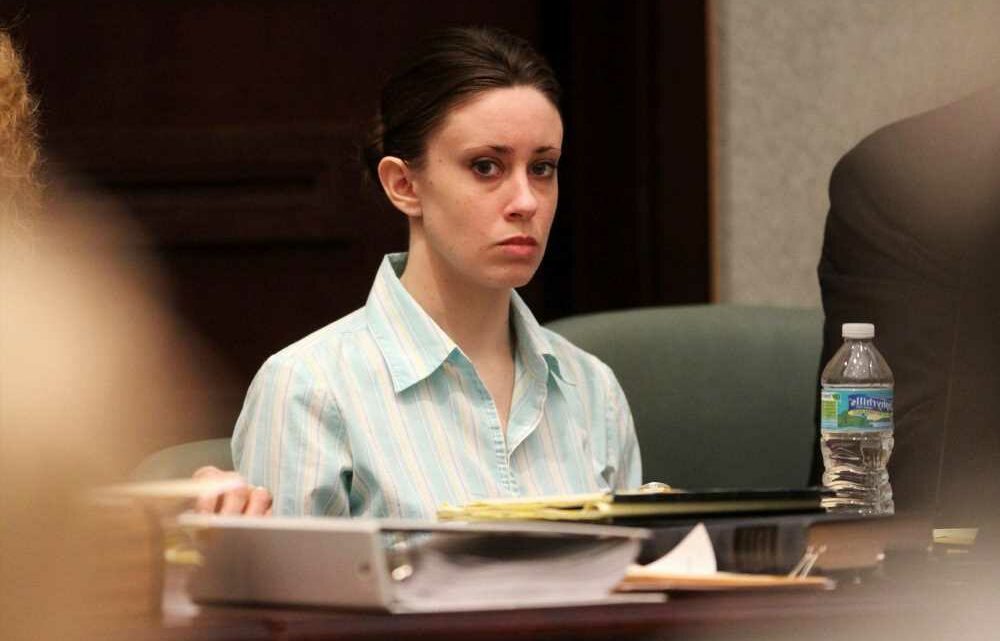 Casey Anthony juror speaks out, says he regrets his decision to acquit

Casey Anthony, concerned about her biological clock, wants another kid

Casey Anthony says a woman doused her with a drink at a bar in Florida over the weekend — amid a spat over a man, according to a police report.

Anthony — who was acquitted a decade ago of murdering her 2-year-old daughter — called West Palm Beach cops from O’Shea’s Irish Pub after an argument over a man she and the drink-wielder had both previously dated turned messy, TMZ reported Monday, citing police.

Anthony told cops the woman, identified as Thelma Moya, poured a drink on her leg during the altercation.

The alleged incident was reported as someone tossing a drink in the face of another person, but Anthony told investigators the pair had been mired in a longstanding beef over their mutual beau, TMZ reported.

A responding officer told Anthony how to file a restraining order, but she declined that opportunity, saying she merely wanted the incident documented.

There’s no indication that Moya was arrested — or even still at the Irish pub when cops responded, TMZ reported.

A message seeking comment from a West Palm Beach police spokesman was not immediately returned Monday.

Anthony’s manager, meanwhile, told TMZ she won’t be pressing charges against Moya, who was described as a former friend.

“There is none,” the rep replied when asked for background of the relationship between Anthony and Moya while claiming the latter started the confrontation.

Anthony, who lives in West Palm Beach, was reportedly spotted at the same bar in 2018.

She was found guilty in 2011 of four misdemeanor counts of lying to police — who were investigating the disappearance of her daughter, Caylee, and the child’s eventual death in 2008 — but was cleared by the jury on all serious charges she faced.

Anthony was sentenced to four years in jail, but was released just weeks later, in July 2011, due to credit for time served. She started drinking a Corona beer just hours later as she got off a private jet in Florida, TMZ reported at the time.

A juror in her sensational murder trial said last week that he regrets his decision to acquit her on the more serious charges, adding it still “haunts” him a decade later.

“I think now if I were to do it over again, I’d push harder to convict her of one of the lesser charges, like aggravated manslaughter,” the unidentified male juror told People magazine.

“At least that. Or child abuse … I didn’t know what the hell I was doing, and I didn’t stand up for what I believed in at the time.”