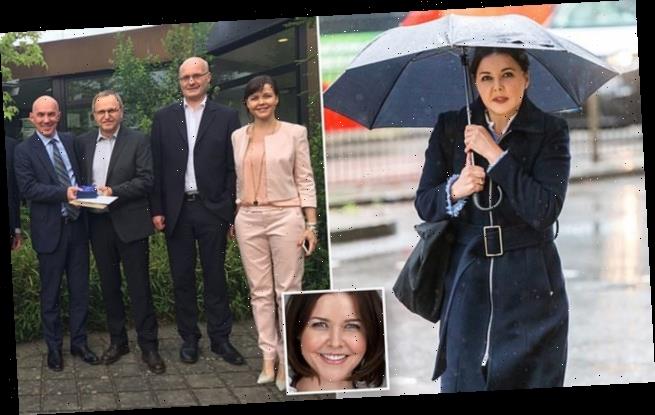 Woman suing company for sexism 'aggressive and dictatorial at work'

Businesswoman suing leading FTSE 100 company for sexism after being sacked from her high-flying £200,000-a-year job ‘was aggressive and dictatorial at work’

A high-flying businesswoman suing a major FTSE 100 company for sexism was ‘aggressive’ and ‘dictatorial’ at work, her bosses have claimed.

Adrienne Liebenberg was sacked from her £200,000-per-year job at packaging giant DS Smith in December 2018, after being told that her ‘leadership style’ was ‘not working’.

However Ms Liebenberg – who had previously worked at oil and gas giant BP Castrol – took the firm to an employment tribunal, arguing that she had been sacked because of her gender.

Stefano Rossi, Packaging CEO at the firm and Ms Liebenberg’s line manager, argued that she was actually fired because of the way she behaved towards other staff.

In a written statement submitted to the tribunal in central London, Mr Rossi accused Ms Liebenberg of talking down to lower-ranked employees and making no effort to work in a team. 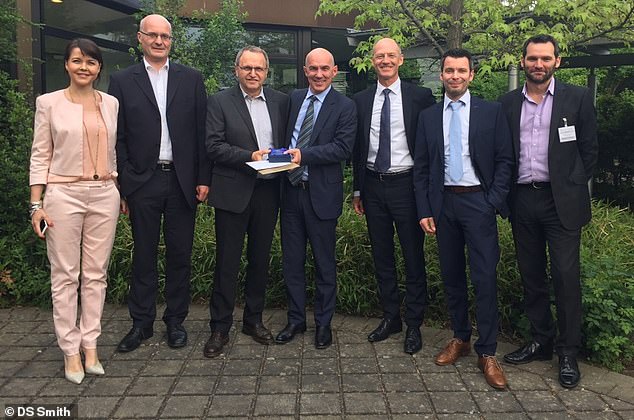 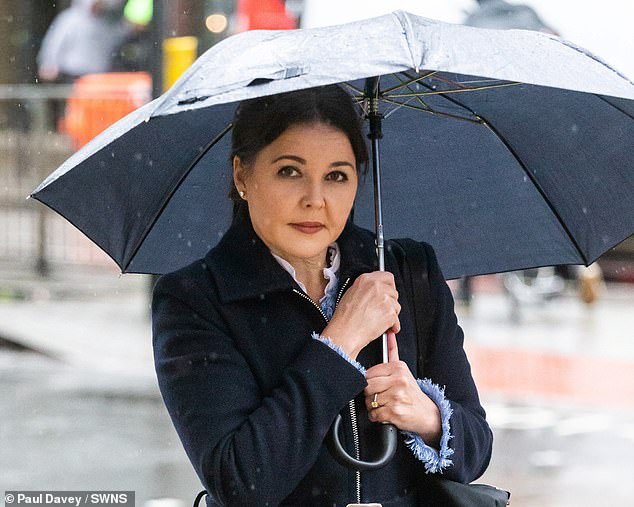 Liebenberg (pictured outside Victory House in Holborn, London on Sunday) has taken her former employers DS Smith to tribunal over claims of sexual discrimination

He said: ‘I met many of the regional managers on a monthly basis and I started to hear they were surprised at the dictatorial approach Adrienne had been taking with their sales directors.

‘Whenever something went wrong or someone did not agree with her approach, Adrienne showed no general willingness to collaborate or resolve the situation.

‘I was also surprised by the number of occasions Adrienne came into my office asking me to fire her colleagues. 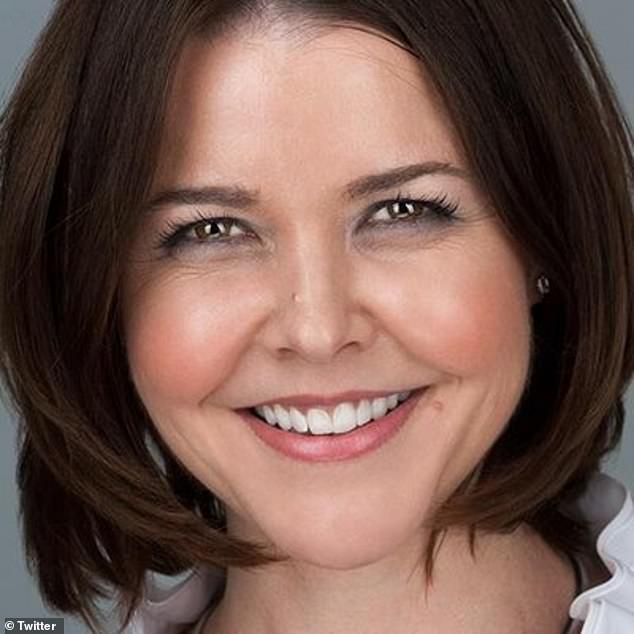 Liebenberg, pictured in an undated photo, claims she was sacked from her £200,000 a year job at packaging giant DS Smith ‘because she did not want to talk about football and go out drinking with “the lads”

‘I had never worked with someone who had such a knee-jerk reaction to terminating colleagues’ employment as Adrienne.’

‘She was also showing a lack of respect for less senior colleagues and threatened to fire individuals if they did not comply with what she wanted.

‘I understood people who worked for her were feeling low and demotivated, including her personal assistants.’

Mr Rossi claimed his relationship with Ms Liebenberg reached its lowest point after a meeting of DS Smith’s ‘Packaging Leadership Team’ in Lucca, a small city close to the Tuscan coast.

Giving a presentation about the accounts in the various regions where the firm operates, she allegedly ‘manipulated the numbers’ in an attempt to show up the company’s regional directors. 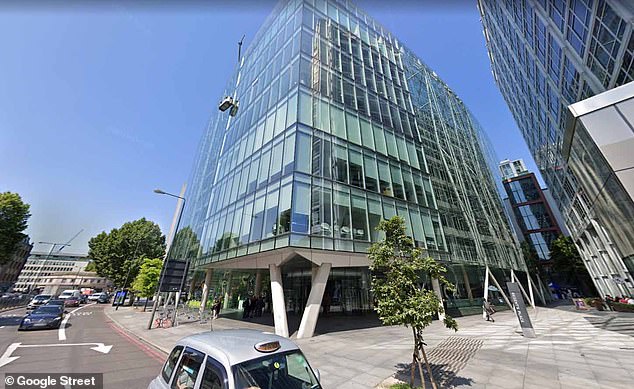 Mr Rossi said: ‘It was a terrible meeting. Adrienne was giving a presentation to show that the cross regional accounts – which the regions had accountability for – were largely unprofitable.

‘The numbers she was presenting were completely wrong.

‘It felt as though she may have manipulated the numbers to prove that the regional Managing Directors were at fault and not performing well enough.’

When confronted, Ms Liebenberg reportedly became aggressive, and blamed her employees for not performing well enough.

Mr Rossi added: ‘I believe Adrienne always believed she was right and would not accept different opinions in the team.

‘I did not understand how she could not see that the way she had approached the meeting was completely wrong and was incredibly damaging to team morale and cohesion.’ 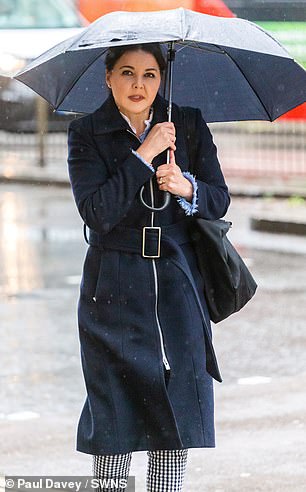 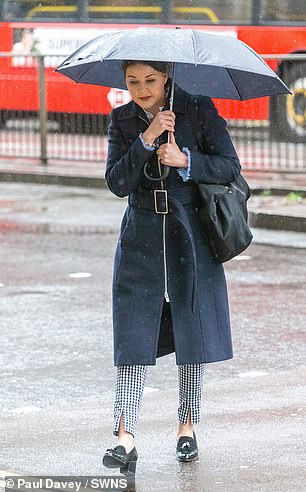 Ms Liebenberg (seen outside court on Sunday) joined international packing conglomerate DS Smith as director of global sales, marketing and innovation in March 2017 and was paid a £100,000 bonus on top of her £200,000-a-year salary

However another female employee at DS Smith echoed Ms Liebenberg’s claims that the company has ‘problems with equality’.

Chiara Covone, in a written submission to the tribunal, said that she had often felt ‘pushed down’ at DS Smith – and that her ‘male peers’ would often lecture her that she was ignorant about the business.

Ms Covone, an Italian who still works at the company as Director of Market Development, Group Strategy and Innovation, said: ‘It is hard for me to be sure if these attitudes are because I am a woman or because I came from a different industry, or a bit of both.

‘However, I believe that it is at least in part because I am a woman, because of the general old-fashioned attitude within DSS towards diversity, in particular gender diversity.

‘For example, among the company’s most senior 30 employees Adrienne was the only woman.

‘Therefore there are a lack of role models for female employees at DSS and senior men are not used to working with women as their equals.

‘There has been very little positive action on diversity and no sense of encouraging women to be at the same level as the men.

‘I feel a lack of confidence at DS Smith that I have not experienced in previous organisations, which I think is due to sticking out a bit as one of the only senior women, combined with the lack of encouragement and support for women and subtle ways in which we are talked down to by the men.’

This case is ongoing.