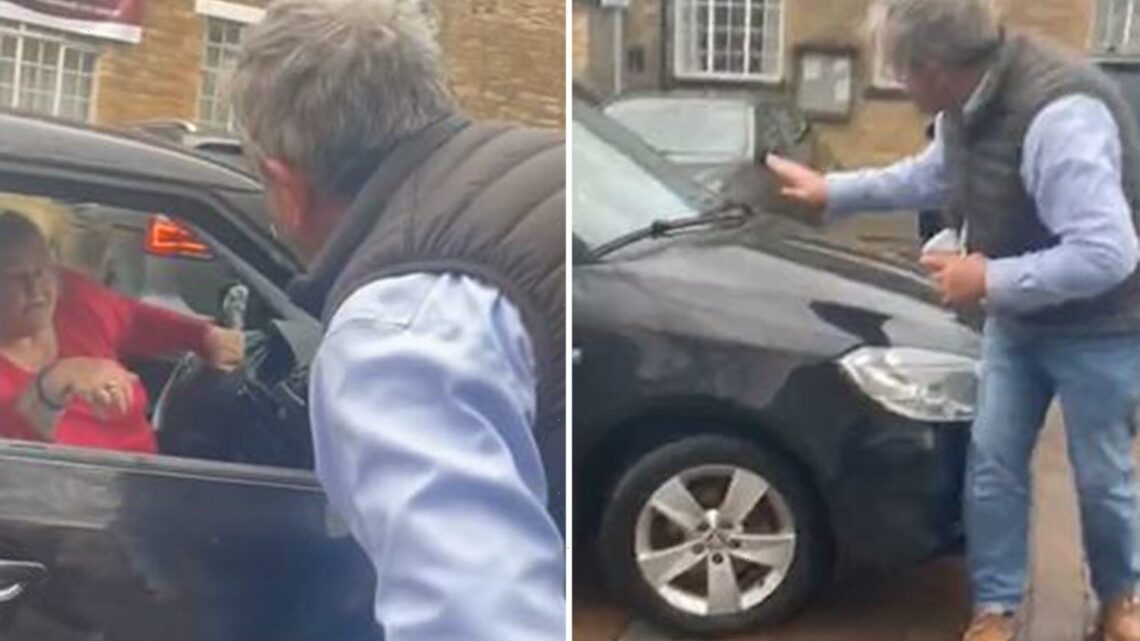 The driver, who was reportedly blocking others from leaving their parking spaces, told two motorists: "I bet you're one of them that she takes it up the a*** for." 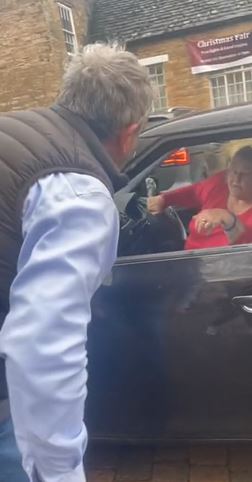 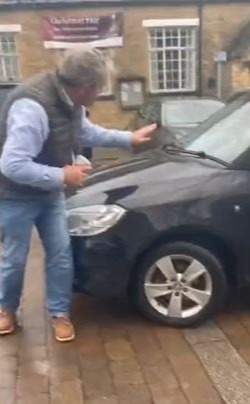 Footage of the aggressive exchange shows a female driver in a black Skoda driving into a man while another woman can be heard saying: "I can't believe that."

The bloke, wearing jeans and holding a coffee cup, then adds: "What is wrong with that woman?" as she revs her engine.

The raging motorist then pulls up beside the duo as she winds down her window.

Irked by their remarks, she shouts back: "I bet you're one of them that she takes it up the a**e for", before cackling as she pulls off.

She made the crude comment in a car park in the Oxfordshire village of Bampton where Downton Abbey is famously shot.

Shocked witnesses couldn't believe what they had heard in the quaint Thames Valley hamlet.

The man, who bore the brunt of her statement, said: "That is absolutely shocking," while the woman added: "Oh my God, isn't that disgusting? Wow."

Video of the heated exchange was shared on TikTok and has since amassed more than 3.2million views.

Many found the whole thing hilarious, taking the Skoda driver's side.

One commented: "The cackle as she drove off. Now she needs to the villain in a film."

And a third posted: "She drove off like Wario from Mario Kart with that cackle."

Others making light of the situation joked she "morphed into Cardi B" at the end, while another said she was more Miriam Margolyes.

The user who posted the video, known as Alicia_mA1 on the video sharing app, claimed: "[The woman] was originally blocking my car so he stood in front so she wouldn't move and I could get out.

"Then he moved him instead."

A woman let out a victorious cheer after making a man who was standing in a parking space to "reserve it for his partner" move out of the way.